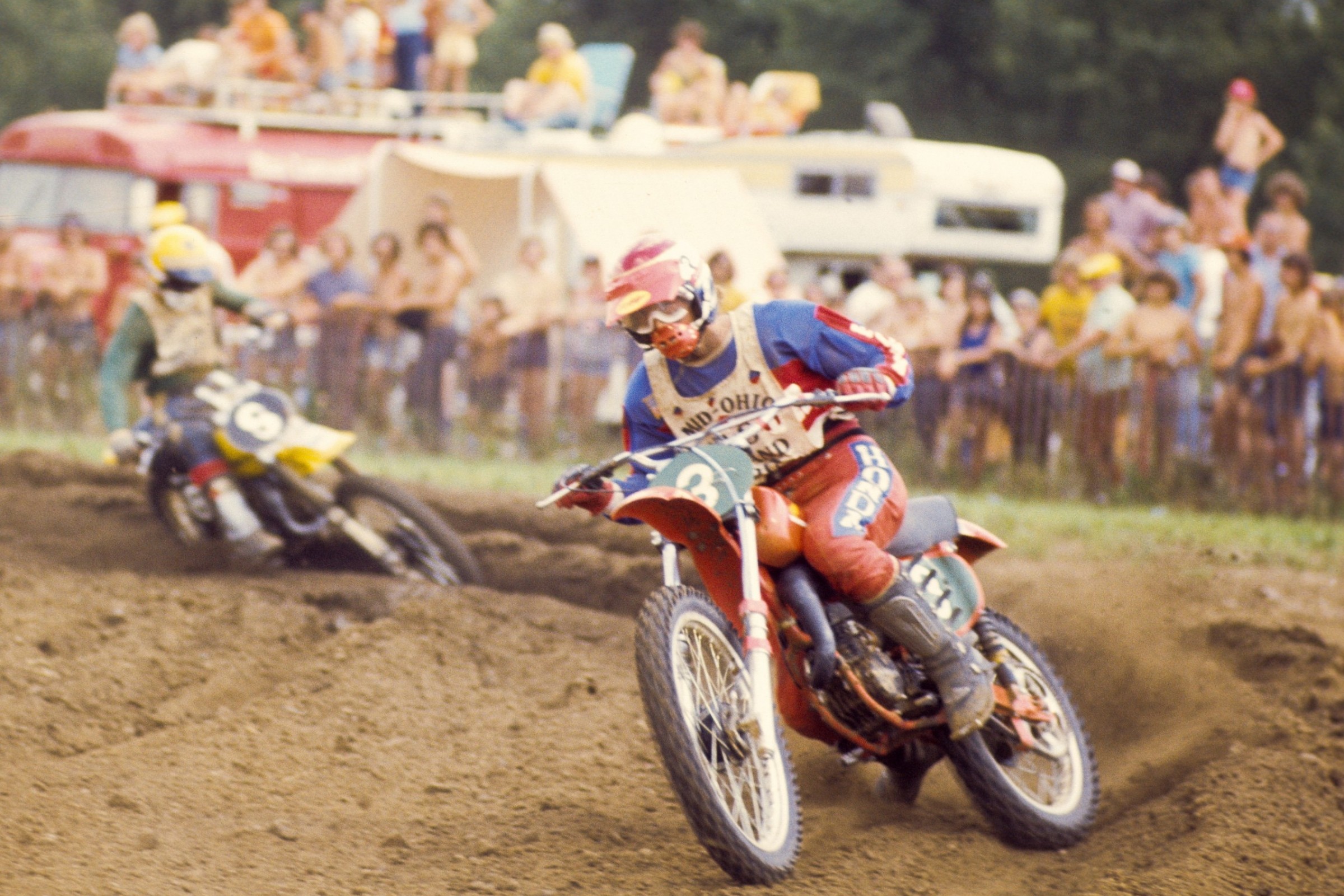 On This Day in Moto July 11

One week after our country's bicentennial celebration, the world visited Mid-Ohio for the Valvoline 125cc U.S. Grand Prix of Motocross. Team Honda's Marty Smith—on one hand, unable to hold back Yamaha's Bob "Hurricane" Hannah on the AMA 125 circuit, and on the other, finding Suzuki's Gaston Rahier equally tough on the FIM 125 Grand Prix circuit—saw his two primary foes line up together on the same starting gate with him at Mid-Ohio. Smith ended up having his best race of the year, winning both motos narrowly over Hannah, with yet another AMA star in Billy Grossi finishing third in both motos. Rahier only carded a fifth-place finish in the first moto, but he was well in control of the 125cc Motocross World Championship standings.

In West Germany, the Suzuki rider Eric Geboers won the 125 Grand Prix with 2-1 moto scores to top Italian rival Corrado Maddii's 3-2 finishes and the 1-5 tally of Michele Rinaldi. Both Maddii and Rinaldi were on Gilera motorcycles.

In a race that would live in infamy, Team Honda's Jeff Stanton won the season-ending Los Angeles Supercross at the Coliseum, and with it, a third AMA Supercross crown in four years. The race had originally been set for weeks earlier, but the Rodney King riots caused it to be postponed until well into the start of the AMA 250 Nationals. It also turned into a rare daytime supercross, as the area was still considered too dangerous. Stanton was trailing Yamaha's Damon Bradshaw in the points going into the race, but Damon seemed to freeze under the pressure. A big crash the week before at the RedBud National did not help matters, either.

Once the last main event started, Stanton took off while Bradshaw, who won a record number of races in the series, could not find any rhythm at all. His younger teammate Jeff Emig, himself a future AMA Supercross Champion, even tried pushing him, as did Stanton's bitter Honda teammate Jean-Michel Bayle, who was riding in his last SX race before heading off into the road racing world. All Stanton could do was win and hope that Bradshaw finished lower than third. He did, unable to even pass the half-hearted JMB at the end of the race. Bradshaw's fifth-place finish cost him the best shot he ever had at the AMA Supercross Championship.

Unadilla hosted a combined AMA 125/250 National, and Kawasaki teammates Mike Kiedrowski and Mike LaRocco traded moto wins and runner-up finishes. In the end, it was the MX Kied who geot the overall win via 2-1 moto scores, and third overall went to Honda's Steve Lamson with 3-3 finishes.

In the 125 Class, future 125 Motocross World Champion James Dobb got his one and only win in the U.S. aboard a Splitfire/Pro Circuit Kawasaki. It was a historic win, too, in that it was the first time Mitch Payton's team ever won a 125 National aboard a Kawasaki, as they had switched over from Honda to Kawi during the off-season. One of Payton's graduates, Jeremy McGrath, then with Team Honda, was second while Yamaha's Jeff Emig placed third.