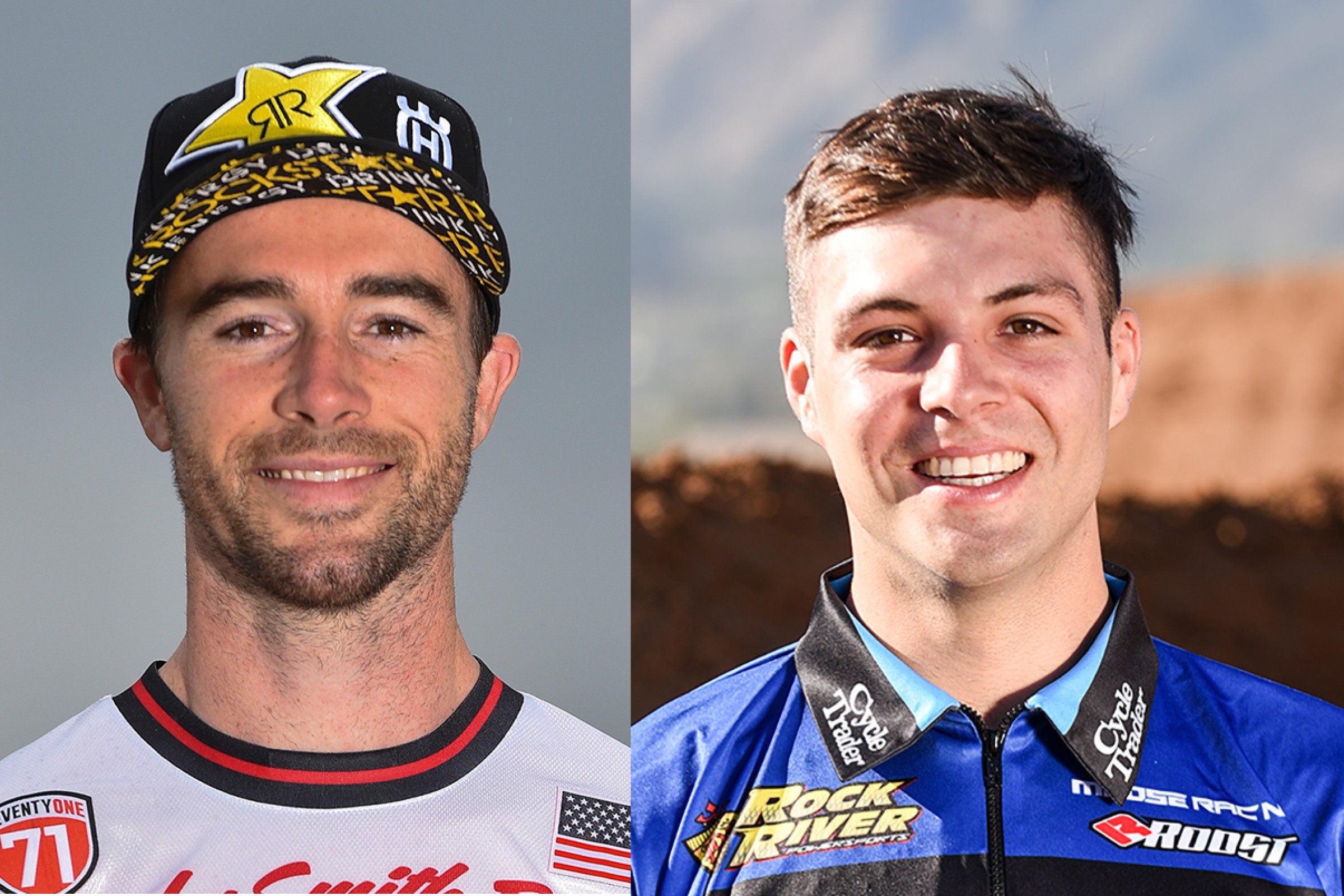 3 on 3 Ray and Sipes Race RedBud

We brought in Alex Ray and Ryan Sipes to ask about racing RedBud on Saturday and how they handle staying calm and cool in the face of adversity on the track. Ray, in his first race this season as a privateer, went 23-39 for 33rd overall after a bike issue left him unable to race the second moto. Ryan Sipes, riding for Rockstar Energy Husqvarna on Zach Osborne's bike, went 16-13 for 16th overall in the 250 Class.

1. How many of these races will you do? How prepared were you? How was the bike?

Alex Ray: My plan after Muddy Creek was to take some time off and let some stuff heal that occurred in SX. After a week off, I was over it and was wanting to be back at the races. With help from Yamaha, I shipped a bike home to Tennessee and told my pops to take a day off of work and to meet me at RedBud. Thankfully Yamaha gave me some awesome suspension and exhaust, and GET data loaned me an ECU. With the help of PulpMX, Works Connection, and Vortex got me some parts and my bike was dialed. Physically I was ready because I had been racing all year, and I thought I was mentally prepared because I was on my own for so many years before. But as the day started, I was quickly reminded of how hard it was on Privateer Island.

Ryan Sipes: Yeah, man. It's something different just about every weekend for me. I'd love to do the rest of the nationals for the Rockstar Husqvarna team, but because of my other races, I'll only do the last two at Budds Creek and Ironman.

Preparation-wise, it wasn't ideal. I had two days on the bike, but that's about the best we could do. I was actually slated to ride a 450 at this race, but I asked to ride a 250 after Zach got hurt, mainly because I'm racing a 250 at ISDE this year and figured what better way to practice on one than to race at the highest level, right? I only have 350s and a 450 at home, no 250s, so I had to get an engine and suspension to convert my practice 350 over. The MX team sent suspension and the off-road team sent the engine, so it's not exactly what I'm racing, but close.

The race bike, on the other hand, was incredible. I forgot how fast a factory 250 is! Zach's engine was fast enough to get this 165-pound old guy a top-five start that second moto, and that's saying something. The suspension was a work in progress throughout the day. Scuba, Todd, and my mechanic Mo were awesome with it, though, making positive changes every time. With more time on it, I think we can be pretty decent.

Ray: My race didn’t go well at all. Seemed like every fast lap I would do in practice, I would tip over or mess something up. Just didn’t ride like myself and was having an off-day. It was so crazy to me how I was having such a bad day. With qualifying inside the top 15 in each national I had done this year and then to be so bad that I had to go to an LCQ was a huge kick to the nuts, to say the least. But that was just a start to the adversity. I got a bad start in the LCQ, and once I got into a spot, I had a tip-over in one of the turns. On the last lap, I was sixth and they only take four, so I put my head down and sprinted as hard as I could and passed both guys on the last lap.

First moto comes around and I have last gate pick and on the far outside gate, so my start wasn’t that good. My first few laps I worked my way up to around 18th, then my radiator hose popped off so I had to pull in. I came from last to 23rd, but I lost a lot of coolant in my bike. And for some reason, second moto my bike wouldn’t start. I bump-started for the site lap and the bike ran fine, but for the start of the race, my bike wouldn’t start. We tried and tried and tried to get it to start, but nobody was home. And my day was ended. I was gutted because I had so much more to give that day and was hoping to turn my day around because I felt like everything that could have went wrong, did.

Sipes: I thought it was okay. It took me a while to get going in practice, but I qualified good enough for a decent gate pick. The first moto I started around tenth, but I didn't ride good the first half of the race. I haven't ridden a track that rough or a pace that fast in a while, so it took me a minute to get going. Around halfway, I dropped three seconds off my lap time and finally started riding decent.

The second moto I got a great jump and came around in the top five. I started between Justin Cooper and Alex Martin, so I was happy to see that my reaction time hasn't gone away completely! I rode a lot better this time out and stayed in the top ten until two laps to go. I made a few mistakes at the end and ended up 13th, but it was nice to see I can still somewhat run the pace. I can't wait to get more time on the bike and see if I can get up there and battle a little bit.

3. Some crazy situations the last few weeks. Tomac had all this drama in moto one, then more crashes and problems in moto two. How do you control the emotions—or can you? What do you tell yourself to get over it when it’s going badly and still bounce back?

Ray: Tomac had a stressful day for sure, and I know had to have been pissed. When something like that happens, it’s always important to have the right people around you to keep you calm and bring you back up—not to keep you thinking about what happened and how you could have fixed it, but to put it behind you and to move forward. It’s hard, too, because sometimes when something like that happens, it replays in your mind all freaking week and it’s so annoying! That’s racing, though, and one of the keys is to be mentally strong. Tomac has a very strong group around him, so it should be no problem for him to rebound from his bad weekend and come out swinging for next weekend.

Sipes: It is really hard. You put so much work in during the week and go into the race expecting to win. When the bike lets go, it's like, what the heck, man? This is BS! No big deal, though, it was the bike's fault, I'll win the next moto. And then you crash. All of a sudden, your best-laid plans are scattered all around you.

I was always trained to forget what just happened and focus on what's next, just like I'm sure Eli has been. That's the only way you can be your best at all times. But if even 10 percent of your focus is on something other than the present—like maybe you're focused on something like losing 25 points in the first moto—then you won't be fully engaged and ready for that next bump or rut to reach up and grab you. My trainer Steve Hatch and I work on "resetting" after anything like that happens. "Take a tear off" and re-focus. It's easier to say than to do in the heat of battle, but it's an absolute must in racing.