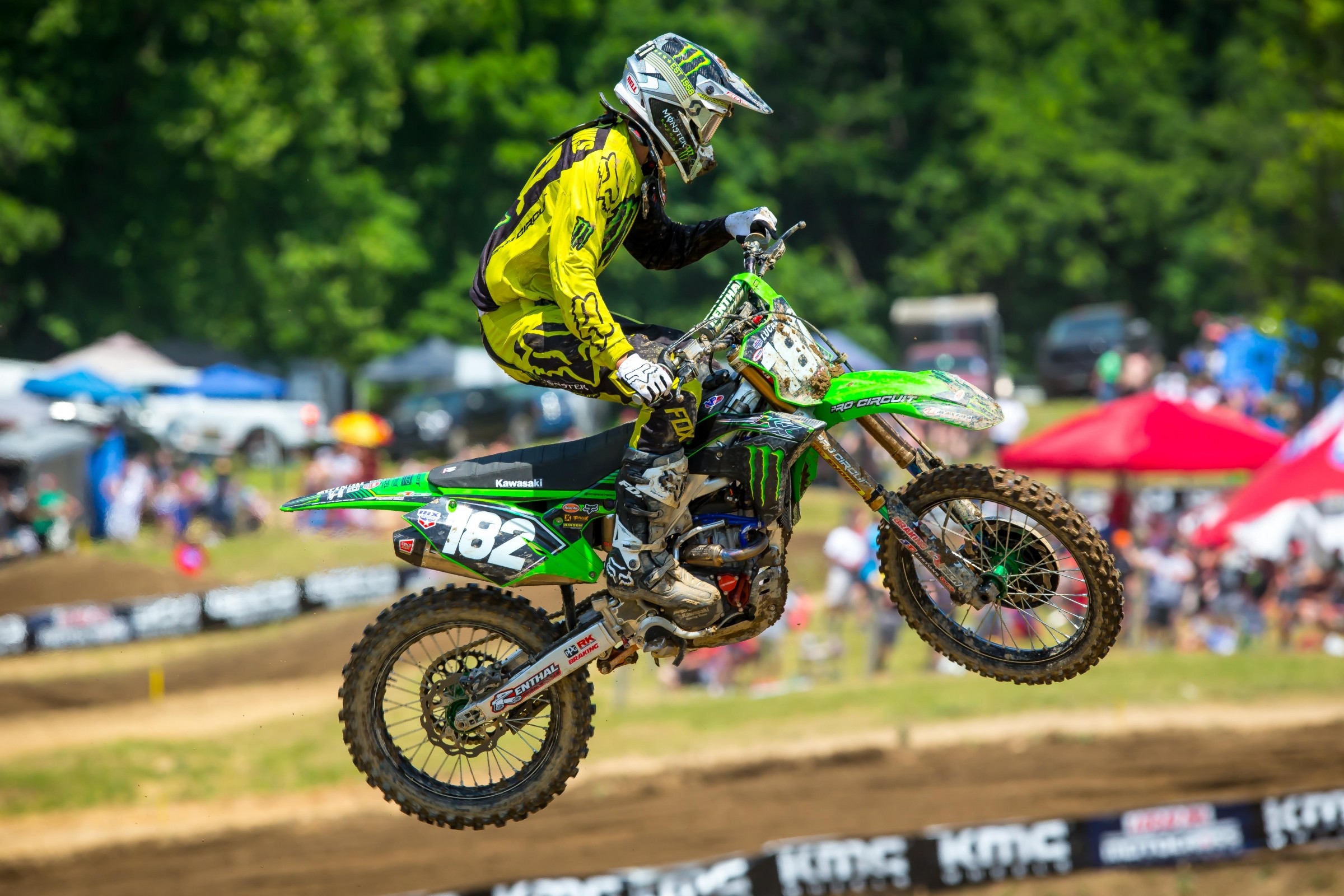 Comment: Anderson hopes to return at Unadilla after suffering a compound foot fracture while practicing at Glen Helen.

Comment: Chisholm is out for the season after undergoing surgery to repair knee damage sustained at High Point. He provided us with an update this week.

Update... I just realized I never filled you guys in after surgery on exactly what was needed to fix me up. So the doctor went in to fix my meniscus and clean up anything that needed to be and then inspect the ACL to see if it was actually torn or not. Unfortunately it was torn and required fixing. But everything went very good. As you can see (in my opinion) it's already looking pretty good. I haven't been in much pain at all and I've already started my rehab. Currently that consists of getting the swelling out, starting to work on range of motion, and getting all of my leg muscles firing. Knee injuries are definitely a process but it's something I've overcome twice already in my professional career. I had probably the best year of my career coming off ACL surgery before the 2010 season so I'm looking forward to doing that again for 2019! I'll keep you guys posted throughout the process ??

Comment: Craig hopes to be back on the bike in October following surgery to repair a torn ACL.

Comment: Washougal will serve as the site of Enticknap’s return to racing following a broken collarbone in Minneapolis.

Comment: Grant is back on the bike after having a second surgery on his leg. He should be back before the season ends, but at the moment, there is not an exact return date.

Comment: Hill crashed in the first turn of the first moto at Southwick and suffered a cut in his right arm. He opted not to race the second moto due to numbness and would later receive stitches. There is still swelling in his arm, but he hopes to be able to race at RedBud.

Comment: Mosiman dislocated his shoulder at Glen Helen and will miss the rest of the season.

Comment: Seely had a bad crash in supercross that resulted in a broken pelvis and two vertebrae. He’s out for the season and is looking at getting back on the bike in September.

Comment: Tapia broke his pelvis and sustained two broken vertebrae in Indianapolis. He’s still out, but if you wish to help him out, go here.

Comment: Tedder hopes to be riding in late July after having surgery on his wrist. There is no precise timetable on his return, but he hopes to be back for a few races at the end of the season.

Comment: Wilson will miss the rest of the season following surgery to repair a torn ACL.

Comment: Bisceglia is out for the season after breaking his ankle and fibula while preparing to return to racing.

Comment: Cianciarulo had surgery to fix a torn ACL and will miss the rest of the nationals.

Comment: Hartranft missed Southwick after dislocating his shoulder during the week. The team hoped he’d be ready for RedBud, but it didn’t work out. He’ll look to return at Spring Creek.

Had a very good week going, made a lot of improvements and felt the best I have all year heading into The Wick. Unfortunately, at the end of the day yesterday I had a minor crash which resulted in a dislocated shoulder. Bummed I’m having to miss this weekend but I’m doing everything in my power to be back asap. Waiting on MRI results to see what the rest of summer has in store.

Comment: Thanks to a cracked collarbone, Lopes hasn’t raced since High Point. The hope was that he’d be back for RedBud, but at time of posting, we hadn’t received official confirmation. [Update: Lopes will miss RedBud and look to return at Spring Creek.]

Comment: Marchbanks sprained his MCL at High Point and hasn’t raced since. He’ll be back racing at RedBud.

Comment: Martin is out for the rest of the nationals after undergoing surgery to repair a burst fracture to his L1 vertebrae.

Comment: Oldenburg tore his ACL while practicing. There is no timetable on his return.

Comment: Osborne is out for the rest of the season after having surgery to repair a torn labrum.

Comment: Peters had surgery to repair a torn ACL sustained during supercross. He’s out for the season.