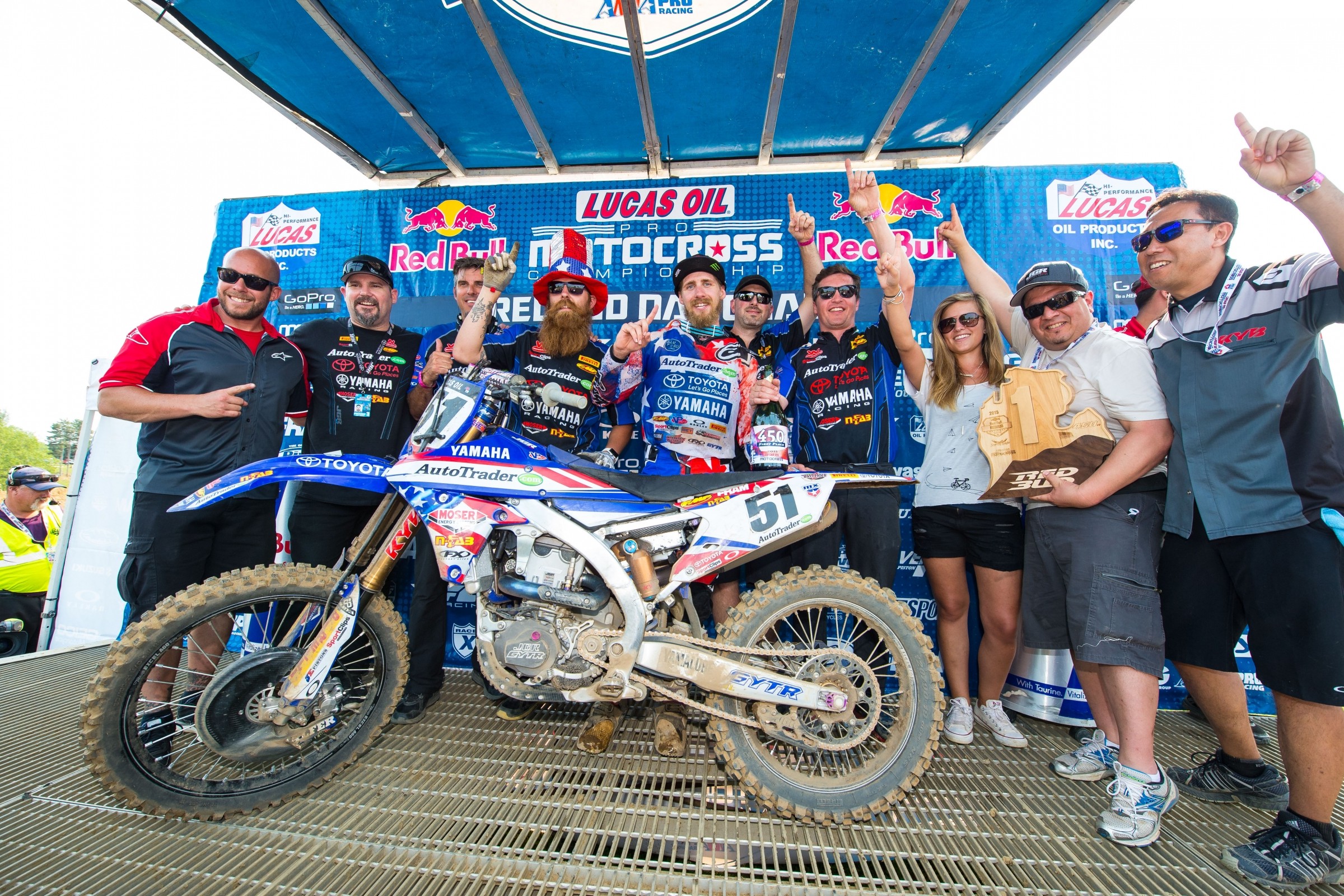 On This Day in Moto July 4

American title hopeful "Bad" Brad Lackey finally broke through to win the first 500cc Grand Prix of his career in Great Britain. Lackey, who hailed from Northern California, went 4-1 on his works Honda to get his maiden win after four and a half years on the FIM Motocross World Championship circuit. Suzuki's Gerrit Wolsink finished second overall with 5-2 scores.

On America's Bicentennial, the 125 National Motocross Championship was run at Appalachian Highlands in Keyser's Ridge, Maryland, and the surprise winner was FMF Honda privateer Steve Wise of Texas, who topped Team Honda's two-time defending champion Marty Smith. When it was time for Honda to do a win ad, they apparently lacked a photo of young Wise, so they went with one of Smith instead!

Evel Knievel was once again the promoter of a big motocross race to help market his upcoming Snake River Canyon Jump.

We looked everywhere for results and coverage and couldn’t find anything, leading us to believe that maybe this race didn’t happen, but it would in 1974 when Evel finally made his Snake River Canyon attempt.

From the 1976 Keyser's Ridge, Maryland 125 National, at Appalachian Highlands...

AMA Referee Ron Denny gives the riders meeting on the hood of a van.

"Bad" Brad Lackey moves a step closer to the 500cc World Championship—a first for an American—with an overall win at the Grand Prix of England. But it was a small step as Lackey picked up just one point on his rival and Suzuki teammate Andre Vromans, going 3-1 for 25 points to the Belgian's 2-2. And another Belgian Suzuki rider, Eric Geboers, went 1-1 at the 125cc Grand Prix of France while his teammate Harry Everts, the defending 125cc World Champion, ran 3-3 for second overall.

Pro Circuit Kawasaki’s Jake Weimer won the 250 Class despite not winning a moto. His 2-4 was good enough to capture the win over teammate Christophe Pourcel, who went 8-1. Tommy Searle finished third overall.

Justin Barcia captured his second straight 450 Lucas Oil Pro Motocross win at RedBud with a 2-1 to top Ryan Dungey’s 1-2. To date, they are the only 450 outdoors wins for Barcia. Ken Roczen went 3-3 for third overall.