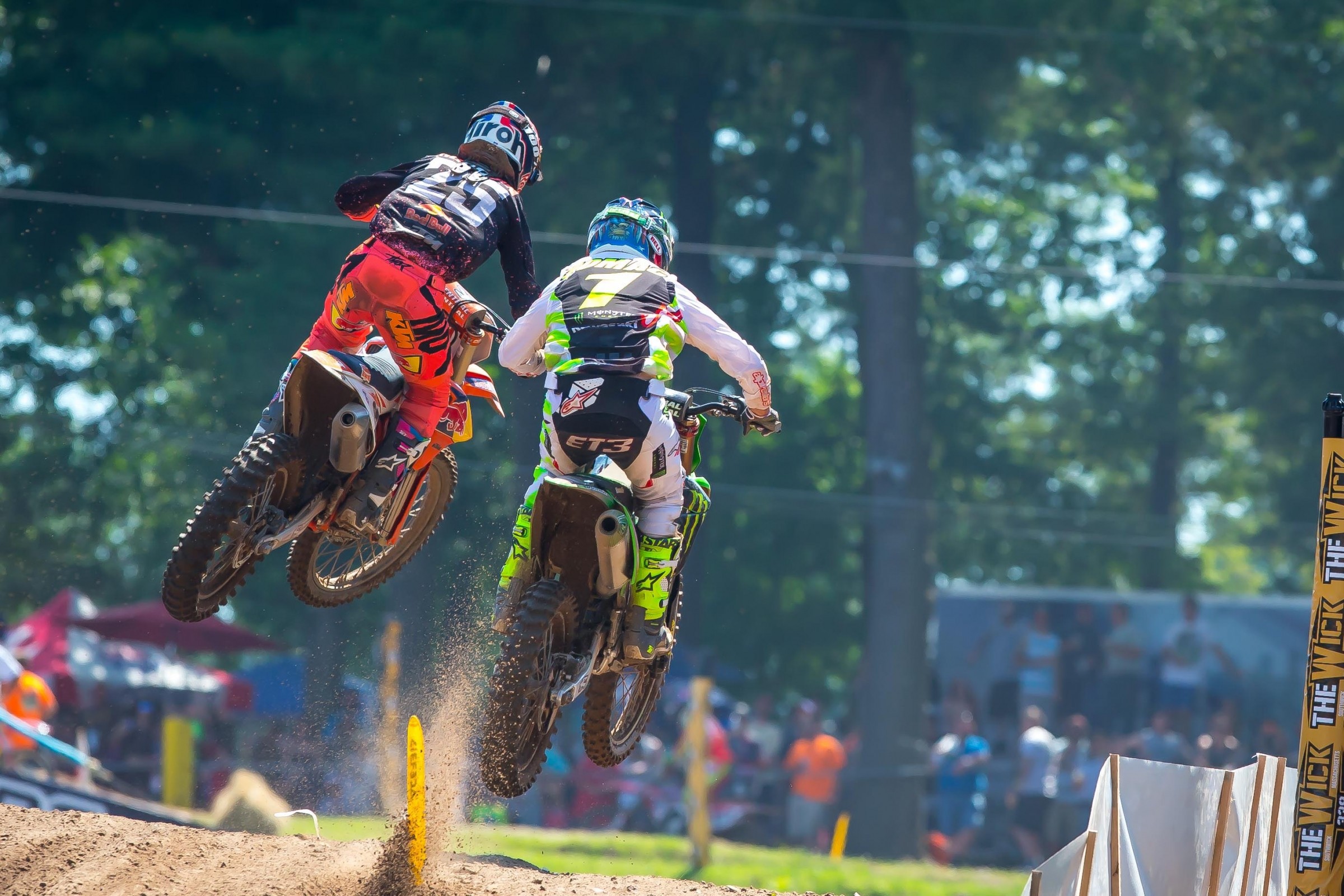 Despite the fact that Eli Tomac won five consecutive overalls entering round six at Southwick, and despite the fact that he had built a 32-point lead, the racing in the 450 Class the last few rounds has been excellent. Southwick was no exception, as Tomac and Marvin Musquin dueled again in the first moto. Tomac built a huge lead in the second moto, but a pair of mistakes cost him the overall, which went to Musquin for the first time in 2018.

The 250 Class continues to be wild, with a handful of riders capable of winning a moto or overall. Dylan Ferrandis used a late run in between Alex Martin and Austin Forkner to clinch the second moto win and his first career overall. Martin and teammate Shane McElrath rounded out the podium.

As we said above, the first 450 moto was bonkers. It had everything you’d want to see in a matchup between the titans of the class. Tomac would attack and Musquin would fight him off. Tomac would regroup, go at Musquin again, and the Frenchman would still fight it off. Eventually Tomac made the pass with two laps left and Musquin crashed trying to retake the lead.

How did their lap times compare down the stretch? Let’s look:

Forkner vs. Martin vs. Plessinger

As good as Tomac vs. Musquin was, the first 250 moto had a three-rider race to the finish between Austin Forkner, Alex Martin, and Aaron Plessinger. A couple late mistakes would cost Plessinger down the stretch and Forkner stood tall against a late push by Martin.

Let’s take a look at their times:

Also, every time Martin and Plessinger would gain time on Forkner, he’d respond with a good lap—especially on lap 13, when he dropped down to a 2:17.933.

Martin vs. Forkner vs. Ferrandis

We all know about the controversial ending to the second 250 moto by now, but we have yet to look at the lap times down the stretch.

In the three laps before Martin tried to make his pass on Forkner, both he and Ferrandis were gaining significant time on the leader. In fact, on the lap prior to the pass attempt, Ferrandis gained nearly two full seconds on Martin and three full seconds on Forkner. Even if the crash had not happened, it’s clear Ferrandis would have been a factor late in the race anyway. He was coming!

Check out their times leading up to the crash: