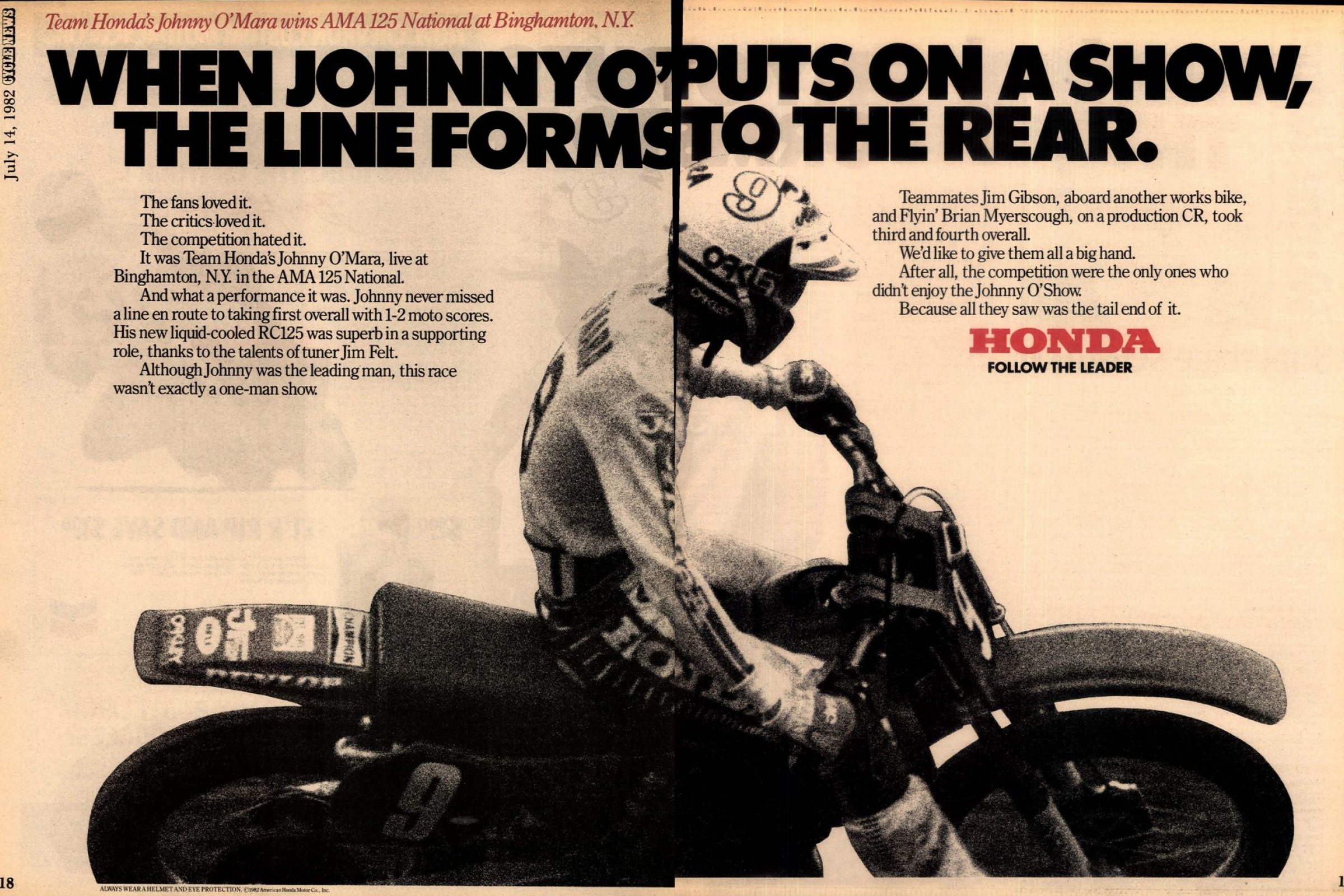 On This Day in Moto June 27

Gerrit Wolsink of the Netherlands completed his sweep of the two North American rounds of the 1976 FIM 500cc Motocross World Championship by winning the Grand Prix of Canada. Wolsink went 1-1 while his Suzuki factory teammate Roger DeCoster DNF'd a moto and finished second in the next stanza. Second overall would go to American hero "Bad" Brad Lackey on a Husqvarna. The wins in North America allowed Wolsink to take the points lead over DeCoster, but he had his own troubles on the horizon and would ultimately lose the title to DeCoster by two points. It was Roger's fifth and final FIM 500cc World Championship.

And here is some footage from the Copetown track from the previous year, courtesy of Mike Hartwig's archive:

That same day in France, Czech CZ rider Zdenek Velky would win the 125cc Grand Prix with a 1-2 score, topping the 1-DNF of Suzuki's Gaston Rahier. Second went to the Russian Yuri Khudiakov, and Rahier was third with his inconsistent finishes.

At the Broome-Tioga 125/500 National, Kawasaki's Goat Breker went 1-1 to take a commanding overall win against Mike Bell of Yamaha's 4-2 tally and Danny "Magoo" Chandler of Honda's 3-4. In the 125 Class, Honda's Johnny O'Mara got his second straight win ahead of Suzuki's Mark Barnett and his Honda teammate "Gentleman" Jim Gibson.

Because the 250 Nationals were not running at Broome-Tioga along with the 125/500 Class due to the series ending the previous weekend in Colorado, both title combatants—the champion Donnie Hansen and the unlucky Rick Johnson—went to race together again at Mammoth Mountain. In what was dubbed by Cycle News as "the most exciting pro race to ever excite the Mammoth crowd," Team Honda's Hansen and Yamaha's Rick Johnson battled "wheel-to-wheel" for the entire 40-minutes-plus-two-laps finale, with Johnson getting some small vengeance by beating Hansen. Finishing third in what was a truly star-packed moto was Honda's David Bailey, also a 250 rider with an off-weekend.

Johnson also raced and won the 125 Class over none other than David Bailey, and we think this might have been the one and only time in his professional career that Bailey raced a 125!

Up in Canada, it was a "career day" for Honda privateer Gary Semics. The independent Honda rider went 2-3 for second overall, his best GP finish. But the winner with 1-2 scores was Suzuki's Andre Vromans, who picked up 12 championship points on title rival and fellow Suzuki rider Brad Lackey, who DNF'd the first moto but won the second.

Czech CZ rider Vlastimil Valek won the opening round of Edison Dye's Inter-AMA Series at Indian Dunes near Castaic, California. Finishing second was Swedish transplant Gunnar Lindstrom on a Husqvarna. American rider Tom Rapp finished second in one of the three motos, and it was such a big deal that he earned the cover of Cycle News, not overall winner Valek!

“It was emotional day for me today. It kind of reminded me of days back in New York,” he said. “I rode press day on Thursday and I normally just take off, but I stayed here and hung out with people, old friends in the privateer pits, just had a good time.”

A wild turn of events took place for the Martin brothers in the 250 Class. Alex led early in the first moto, but lost his rear brake and goggles at different points in the race. Alex’s lead slowly withered away and he couldn’t hold off the charge of his younger brother Jeremy. Then Jeremy stalled on the final lap and Alex went on to take the moto win, the first of his career. Marvin Musquin finished the moto seventh, but took the win in the second moto and the overall. Alex Martin took second overall ahead of Joey Savatgy. Jeremy Martin finished fourth.