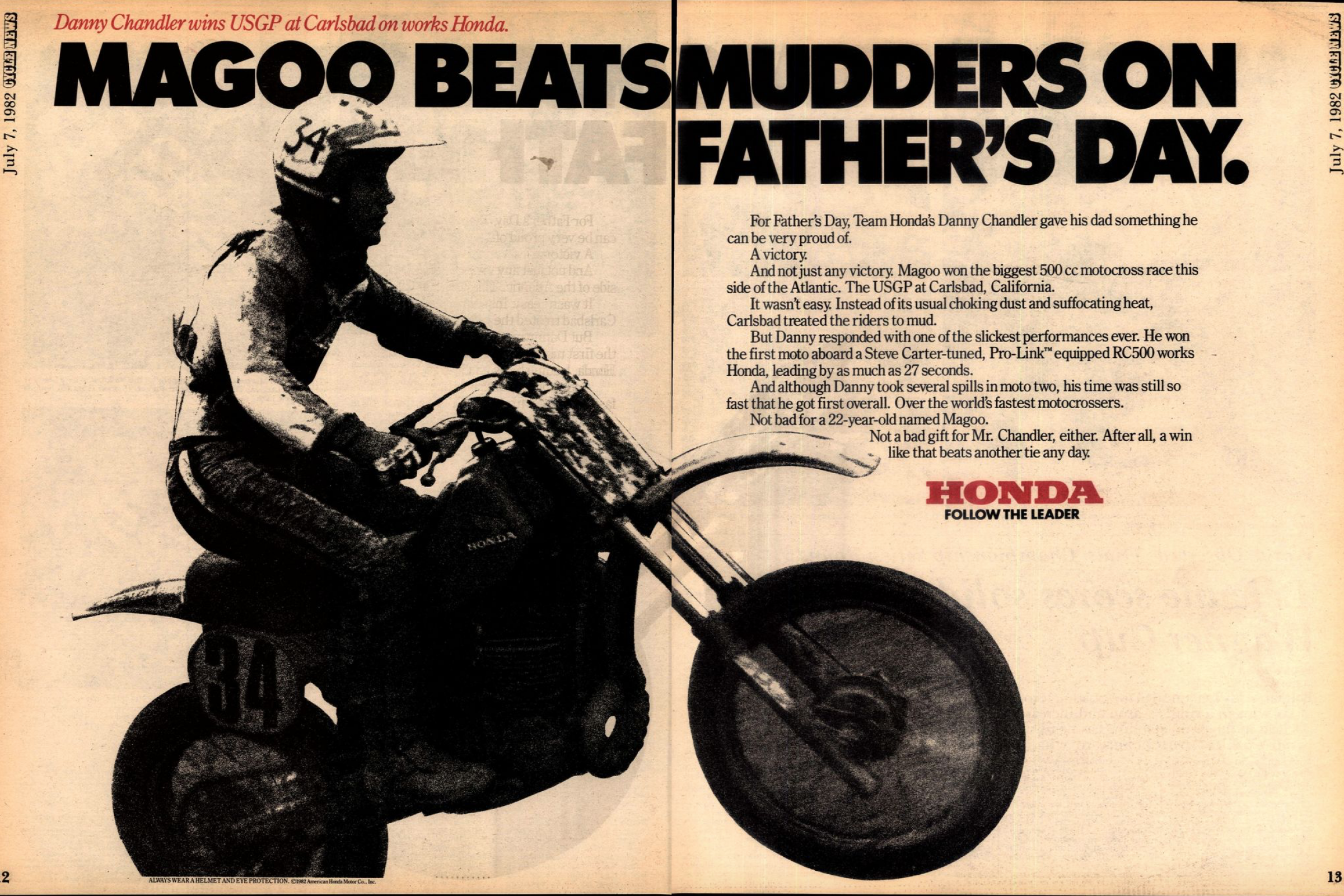 On This Day in Moto June 20

Budds Creek hosted the fifth round of the AMA Motocross Championship, and Kevin Windham went 1-1 on his Honda to take the 250 overall over Mike LaRocco and Greg Albertyn.

Tallon Vohland took the 125 win with 1-3 motos, with Brock Sellards and Buddy Antunez rounding out the podium.

The fourth round of AMA Motocross invaded the Hangtown Motocross Classic. Riding a Kawasaki, it was Mike Kiedrowski taking the 250 overall with a 1-1 sweep. Steve Lamson and Jeff Stanton finished second and third.

The 125 Class went to Jeremy McGrath, who took the win over Doug Henry and Jeff Emig.

The FIM 500cc Motocross World Championship race in Czechoslovakia was won by East German rider Paul Friedrichs on a CZ. Believe it or not, we found some film of the race!

For the third year in a row, Dutch Suzuki rider (and licensed dentist) Gerrit Wolsink won the U.S. 500cc Grand Prix of Motocross at Carlsbad, California, continuing his unique mastery of the course.

It was Father's Day in America and time for another USGP at Carlsbad. By this point, Wolsink was done and the Americans had mostly taken over. Team Honda's Danny "Magoo" Chandler won the overall with 1-5 scores in a surprisingly wet race.