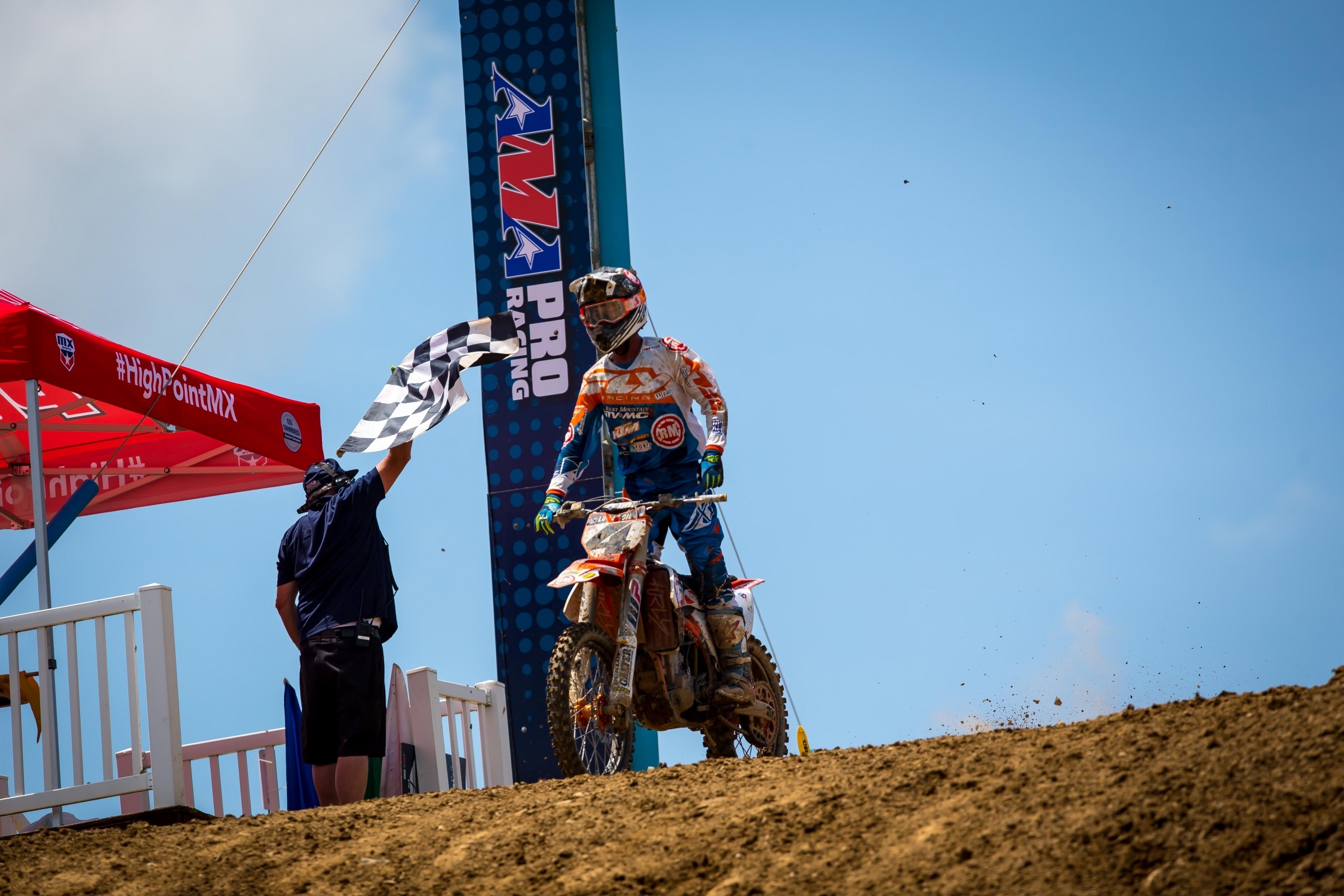 On This Day in Moto June 17

The fourth round of the Lucas Oil Pro Motocross Championship took place at High Point. Blake Baggett, on the heels of a spectacular rider at Thunder Valley, captured the overall with 1-2 motos. Jason Anderson and Broc Tickle rounded out the podium. Monster Energy Kawasaki’s Eli Tomac crashed in moto one and finished 12th, but rebounded to win moto two and capture fourth overall.

In the 250 Class, Jeremy Martin captured the overall with 2-1 scores to nip Zach Osborne (1-2) for the overall. Aaron Plessinger went 3-3 for third.

Budds Creek hosted another Ricky Carmichael/James Stewart showdown, with the pair splitting moto wins on the day. But it was RC who came out on top with a win in the second moto. Carmichael’s 2-1 was enough to beat out Stewart’s 1-2. Chad Reed took third overall with 3-4 motos.

Budds Creek hosted the fifth round of the 2001 AMA Motocross Championship and another Ricky Carmichael overall win at the track. Although he didn’t sweep the motos, RC’s 1-4 was good enough for the overall over Sebastien Tortelli’s 3-2. Mike LaRocco took third overall.

Mike Brown swept the 125 Class to take the overall over Larry Ward and Brock Sellards.