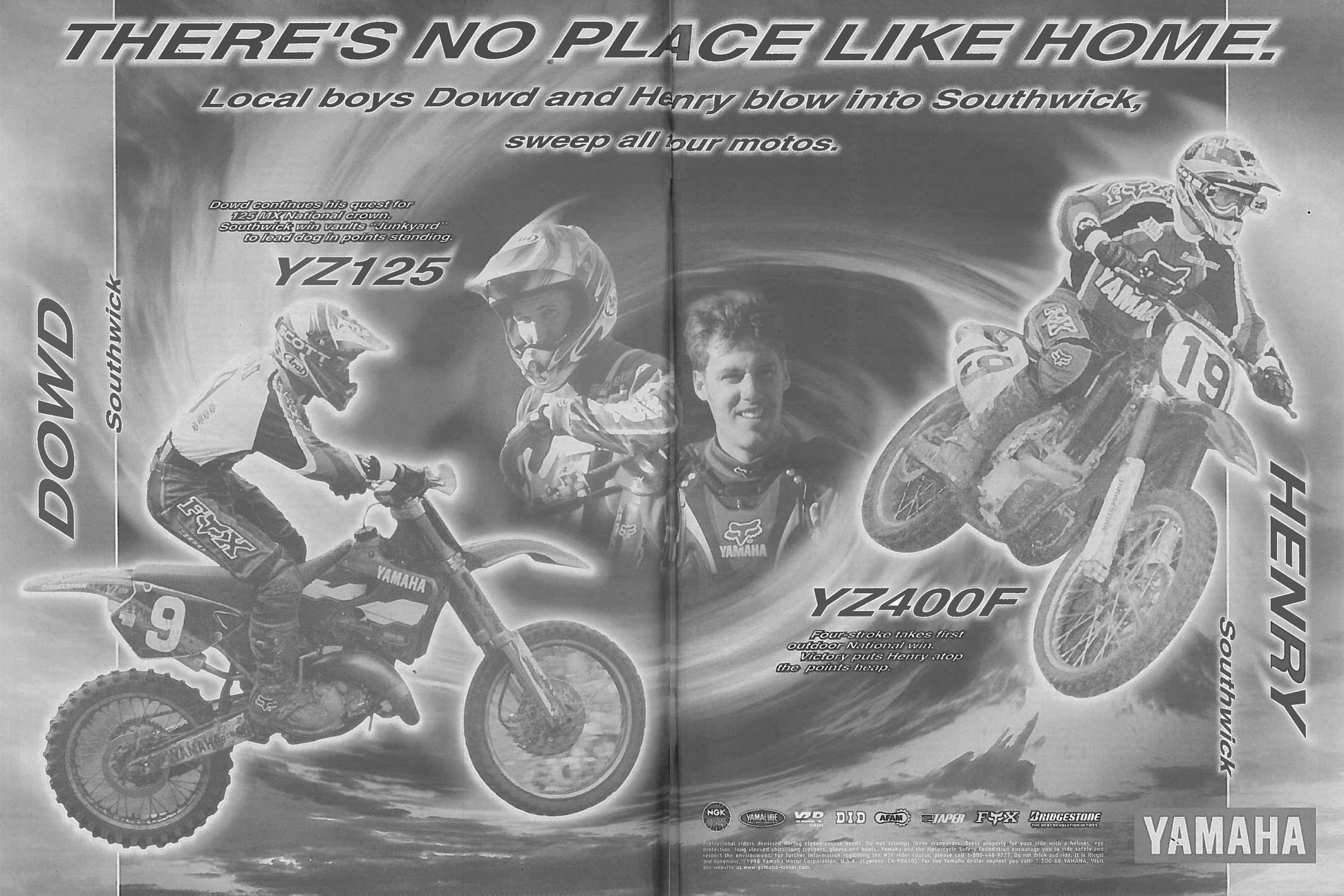 On This Day in Moto June 14

Five years after crushing a wheel and losing the 1982 AMA 250 National Championship in Colorado, Honda's Rick Johnson returned in '87 and got a win in the final round of his march to the '87 AMA 250 National Championship. Kawasaki riders Jeff Ward and Ron Lechien finished second and third, which was also the order they would finish the series. Yamaha's young prospect Jeff Stanton placed fourth on the day.

In the 125 Class, Honda swept the top three as Micky Dymond, Larry Brooks, and Ricky Ryan went 1-2-3 on the Lakewood track.

Kent Howerton clinched the 1981 AMA 250cc National Championship, his second in a row, after following his bitter rival Bob Hannah of Team Yamaha across the finish line at the CDR Tech Track in Castle Rock, Colorado. Howerton won a total of five 250 Nationals in the eight-race series while Hannah won the other three, including Colorado.

The rarest of the rare! This day in 1998 marked the one and only time Ricky Carmichael ever lost the Southwick National. The culprit was none other than John Dowd, the living New England legend who swept both motos on his Yamaha YZ125 to top Carmichael, who DNF'd one moto with a seized engine and finished second the other moto, straight-up beaten by the Junkyard Dog, who also set a record of being the oldest rider to ever win a 125 National at age 32. This was one of only 25 races that RC lost in AMA Motocross—he won the other 102 he entered.  Chaparral Yamaha rider Jimmy Button ended up second overall, and FMF Honda's Scott Sheak was third.

In the 250 Class, Doug Henry powered past everyone on his Pete Steinbrech-tuned YZ400F with his own perfect 1-1 day. It was also a historic day in that it was the first AMA National win for a four-stroke motorcycle, and it gave Henry the momentum he would need to race past everyone in the pits to take the #1 plate away from a struggling Jeff Emig.