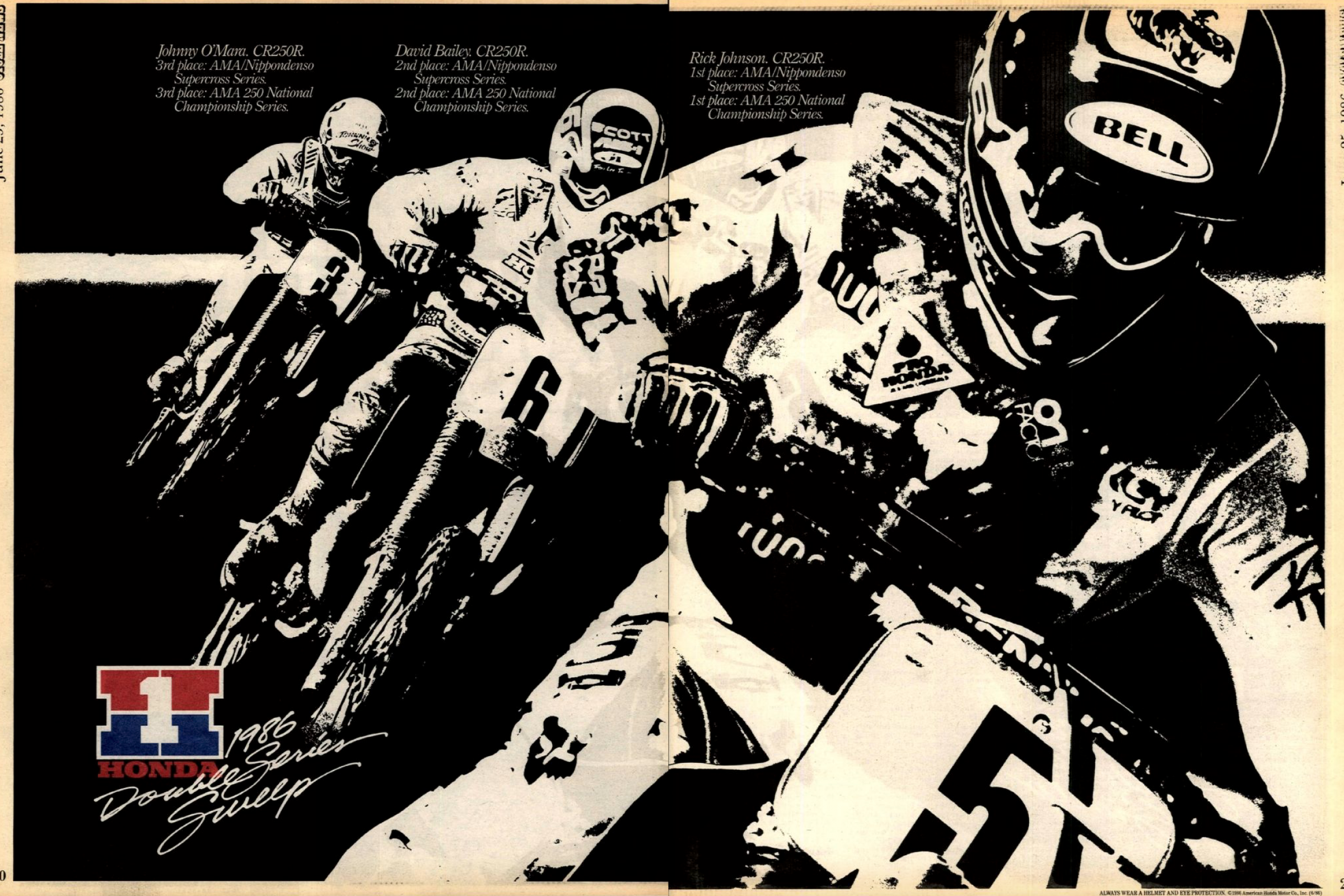 On This Day in Moto June 7

Team Honda's Rick Johnson won the Los Angeles Coliseum's 15th Annual Coors Superbowl of Motocross over his teammate Johnny O'Mara and Kawasaki riders Jeff Ward and Ron Lechien. Yamaha's Jim Holley placed fifth, then came Scott Burnworth, Micky Dymond, and Brian Manley. All eight of the top-eight finishers were from California. The race marked the final round of the 1986 AMA Supercross Championship, and Honda riders Johnson, David Bailey, and O'Mara would close out the series 1-2-3 in the rankings.

In a hectic 250 Class battle, Monster Energy/Pro Circuit Kawasaki's Blake Baggett went 4-1 for the overall win ahead of GEICO Honda's Justin Bogle (3-2) and Yamalube/Star Racing Yamaha's Jeremy Martin (1-6). Martin had started the season with five straight moto wins in what would be his first title drive.

In the MX2 division, the upstart Marvin Musquin took another 1-1 sweep on his way to what would be his first of two MX2 World Championships. Musquin, who started the season on a private Honda, was then on the Red Bull KTM factory team. The switch would lead to a legal case later on in the summer that would cause him to miss one round of the series.

And check this out: Finishing second in the second moto was 15-year-old Ken Roczen on a Red Bull Suzuki. It was only the fourth Grand Prix for Roczen, who, two weeks later, would win his home GP in Germany to become the youngest Grand Prix winner ever.

The race was held in August the previous year, but the heat and humidity were a bit much for everyone, so promoter Bill West moved it to early June. That didn't work out so well, either, as the temperature was near the 100-degree mark with high humidity. According to Cycle News reporter Tom Mueller's coverage, "It was a game of conditioning, stamina, and endurance for all frontrunners."