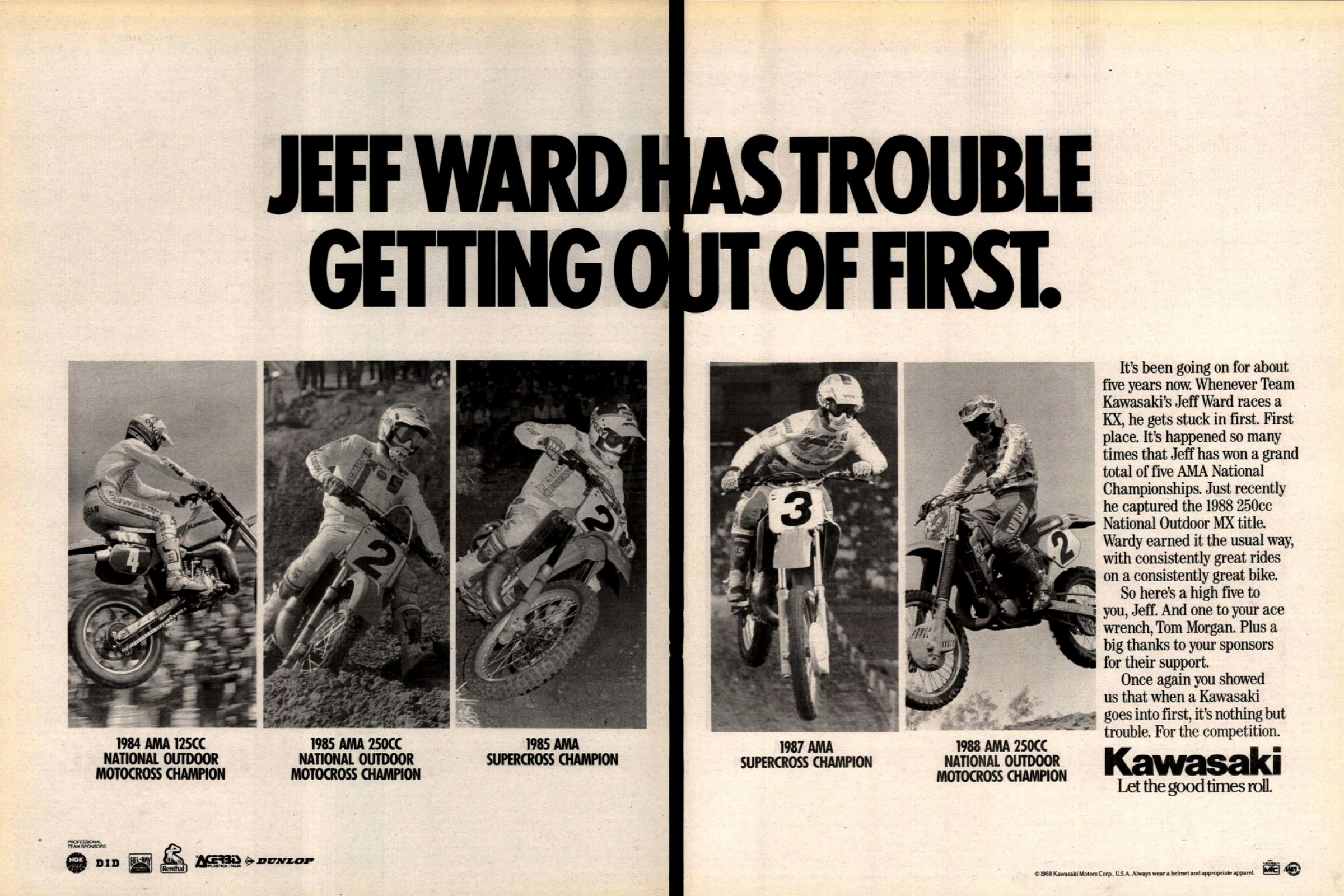 On This Day in Moto June 5

It was a big day for French motocross, as Daniel Pean won the FIM 250cc Grand Prix in Yugoslavia. Pean, riding a Maico, scored unlikely 2-7 finishes for 16 total points. That was one more point than moto winners Anotnin Babarovsky and Anatoly Ovchinnikav, each of whom failed to score points in the other moto, and everyone else. It was the first FIM Motocross World Championship Grand Prix win for a Frenchman.

It was a busy day in Europe for the FIM Motocross World Championship. In West Germany, American ex-pat Trampas Parker, living in Italy and riding for the Italian Farioli KTM team, won his third 125cc Grand Prix of the first six rounds of the series. In Holland, Frenchman Jean-Michel Bayle, who missed the first two rounds of the 250 GP series with a broken arm, won his fourth-straight moto and took over the points lead in just the fourth race. JMB held 100 points after Holland, followed by Finland's former FIM World Champ Pekka Vehkonnen. American Rodney Smith, the future five-time GNCC #1, finished third with 8-3 moto scores. And in Sweden, the versatile Dutch KTM rider Kees Van der Ven won the 500cc Grand Prix over Luxembourg's Jacky Martens and Belgium's Georges Jobe.

In Freestone, Texas, Suzuki-mounted Ryan Dungey went 1-1 to take the 450 Class win over the 2-3 of Monster Energy Kawasaki's Chad Reed and local Honda rider Kyle Regal, who put in the ride of his life to notch 6-2 moto scores.

It was a big bounce back for Dungey, who struggled in his 450MX debut the previous weekend at Hangtown.

In the 250 Class, Monster Energy/Pro Circuit Kawasaki's Christophe Pourcel used 1-5 moto scores to get an unlikely win on a smoking hot day that saw series co-points leader Eli Tomac go 2-11 in just his second national, but the heat nearly overcame him in the second moto. The heat left its mark on GEICO Honda's Tomac, who would struggle to find his fitness for the rest of the season. Finishing second was Pourcel's teammate Tyla Rattray, who finished 6-1.

The race is probably most memorable for the fact that Dean Wilson had the second 250 Class moto won, and with it the first overall win of his career, but he confused himself with how far out front he was in the second moto and slowed way, way down, opening the door to both Rattray and Broc Tickle to pass him just before the checkered flag! Wilson had to settle for a 3-3 third overall instead.

Because he had yet to turn 16 and thus could not race AMA Pro Motocross, Yamaha's prodigal talent Damon Bradshaw went north of the border to race the Toronto Supercross at Exhibition Stadium. Bradshaw topped veterans Ross "Rollerball" Pederson, Jeff Hicks, and Jim Holley. Bradshaw would turn 16 in July, race Loretta Lynn's in the A classes, then head to Millville for his professional debut, where he would finish fourth in his first 125 National.

In the 125 Class, local privateer Jason Langford had the ride of his life, leading most of the first moto before finally being tracked down by series points leader George Holland of Team Honda. Langford would hold on for second, then placed an exhausted 14th in the second moto for six overall. Holland won the overall; the second moto win went to rookie Mike LaRocco, who was only 13th in the first moto. It was the first moto win for LaRocco in AMA Pro Motocross in what would become an epic career.

The big amateur day winners were Kawasaki Team Green prospects Denny Stephenson of Nebraska and Jeff Emig of Missouri, each of whom won multiple classes.