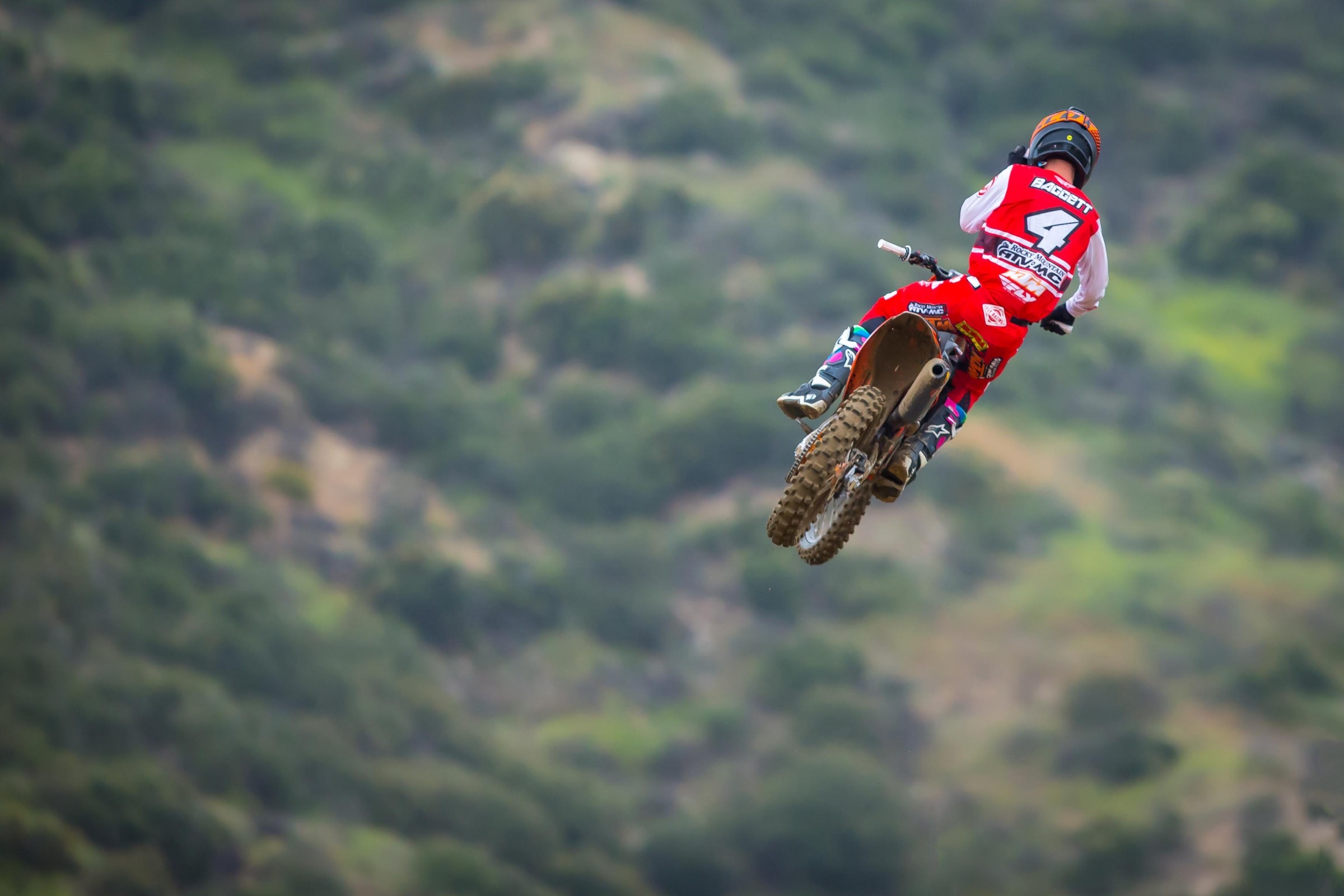 Glen Helen is in the books, and we saw domination in both the 250 Class and 450 Class. Eli Tomac put in an epic comeback ride in the second moto, logging lap times multiple seconds faster than the rest of the field when the track was at its worst. Aaron Plessinger reinserted his name into the list of 250 Class championship contenders with a convincing win in the first moto and just edged out Jeremy Martin for the second moto win

Tomac put in the ride of the day—and season—so far. It wasn't a last-to-first kind of comeback, but when he got into second, he was multiple seconds behind Jason Anderson and didn't seem to be gaining much ground. Then with three laps to go, he worked his way into the picture and the chase was on. Most of the people watching expected a battle for the lead on the last lap, but Tomac  sealed the deal a lap early and Anderson didn't have much left in the tank to fight back on the last lap. Once Anderson lost the lead, it appears he cruised it home. Take a look at their lap times for the second moto.

The most impressive part about Tomac's ride was his ability to drop his lap time in the final laps. From lap 11 to lap 12, he dropped his time by just over a second, going from a 2:41.444 to a 2:40.410. Pretty much all of that time came in the first segment of the track, which stretched from the finish line to the holeshot line. He picked up over a second in that small segment of the track alone. On the other sections of the track, he was actually pretty even with his other laps.

When asked how he was able to go so much faster at the end of the race, Tomac wasn't really sure. He said, "I don’t really know. I just kept going. I was feeling good. I was relaxed and had some good lines and was flowing. I found a few lines maybe later on in that moto, but just feeling good. Not fighting anything and just going with the flow." When Tomac's in the groove, he's definitely tough to beat. But we've seen this kind of early dominance from him and other riders in the past, and Thunder Valley always seems to be a crucial race. Can Tomac keep this going?

Last week I highlighted how much Ken Roczen faded in the second moto at Hangtown, which is understandable considering his injuries and the small amount of time he had on the bike before the season started. And because of Glen Helen's massive hills and general "gnarliness," I was expecting to see more of the same.

Instead, Roczen put in a great ride in the first moto, battling for the lead with Tomac and eventually finishing in third behind Marvin Musquin. Then in the second moto, he had to pull into the mechanics' area due to a rock stuck in his front sprocket. After that pit stop, he put the hammer down, immediately turning his fastest lap of the race. His lap times rose as he worked his way through the field, but with three laps to go, he logged his second fastest lap of the race. Moto finishes of 3-8 don't look outstanding on paper, but it's a big improvement over last week and a good sign for the rest of the season.

Baggett Gets a Grip

In addition, a great comeback ride came from the #4 of Blake Baggett in the second moto. After crashing while going up one of the steepest parts of the track, Baggett remounted his bike in nearly last place, and without a left grip!

Glen Helen is near the top of the list for tracks you don't want to ride while having a bike issue, but Baggett put his head down and charged his way through the field. He got up to speed almost immediately.