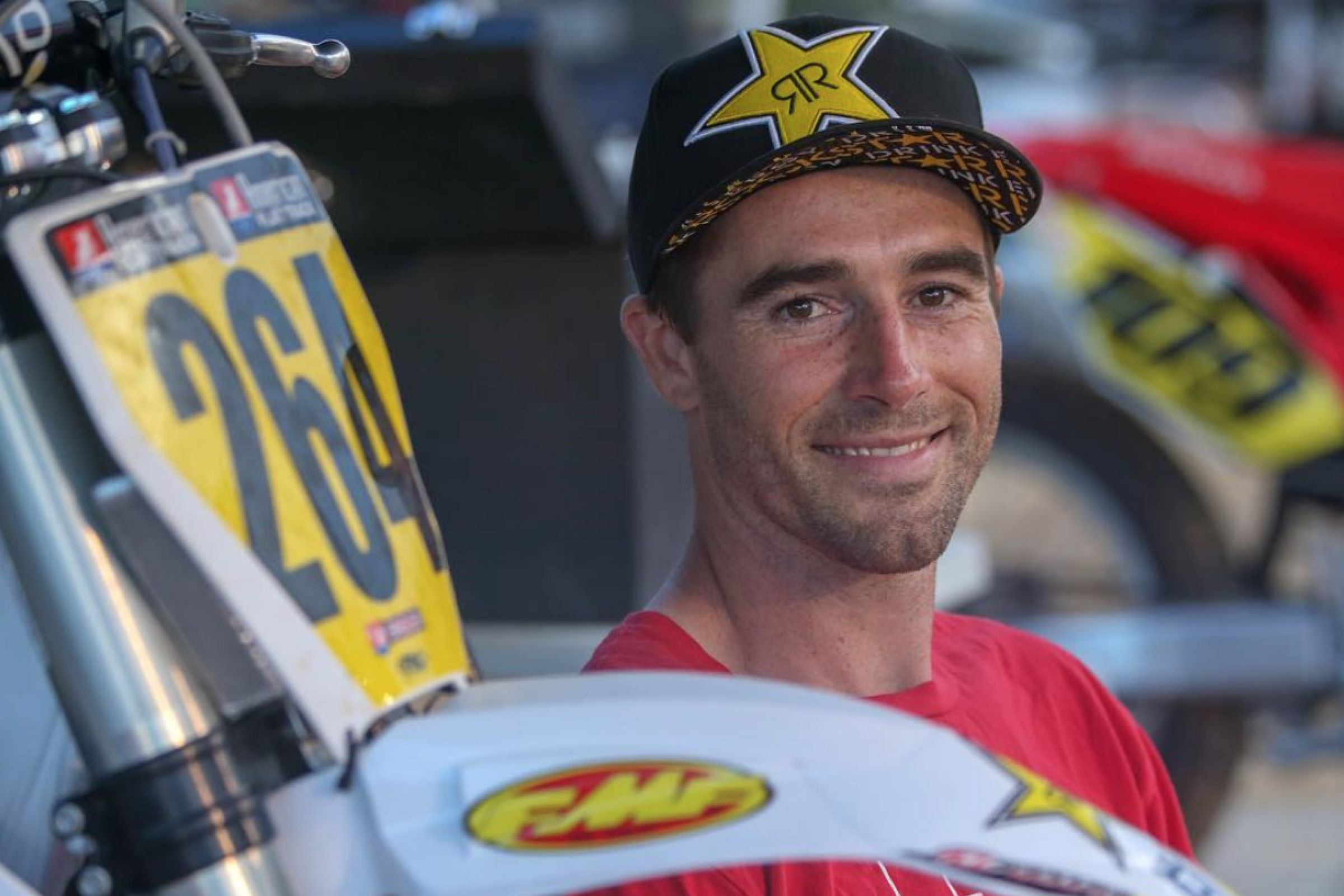 Ryan Sipes is making good on a new tag—Mr. Versatility. He debuted in American Flat Track last weekend by logging the fastest qualifying time in the Singles Class at the Springfield TT. A crash in the main left him tenth at the finish. A few days later, he was named as a member of Team USA for this year's International Six-Days Enduro. Sipes won that event overall in 2015.

Last year, Ryan showed up at the Thunder Valley National on a 125 two-stroke and won the 125 Dream Race. So we asked him about his experience in flat track, and also threw in a question about racing at elevation. Sounds like it impacts the bikes much more than the riders. Go, Ryan, go!

1. How did the Springfield Flat Track TT go?

Sipes: Man, I had a blast! Results-wise, it could have been better if I hadn’t crashed in the main, but considering it was just my seventh time riding flat track, I’m not too mad about it. I qualified fastest out of practice, which was a huge surprise to me. I got first gate pick in the heat race, but then jumped the light! (D’oh!) So I started last on the restart, but made some passes and got into the semi. I got fifth there, which put me on the second row for the main. My bike is super fast, so I got a great jump and was actually third going into the second corner, but then somebody got landed on behind me and they red-flagged it. On the restart I came out sixth, made the pass for fifth, and felt like I could maybe get on the podium until I slid out in turn one. I got up last and passed a bunch of dudes to get up to tenth. Like I said, it would have been better if I hadn’t crashed, but I had a freakin’ blast. Flat track is super fun. Huge shoutout to my buddy JD Beach for helping me out on race day and all the riding tips. He was a huge help!

Last test before race day... I'm going @americanflattrack racing this weekend at the Springfield TT! I have no idea what to expect or how I'll do, but I know I'm gonna have a ton of fun riding my dirtbike. Thanks to @jdbeach95 @85jakelewis @nickmcfadden16 and @rogerhayden95 for the riding company! Looking forward to the learning experience PC @andrewlewis182

2. What did you learn, and when will you race another?

Sipes: I learned so much. I got faster and more comfortable each time I got on the track, just learning the lines and how to roll through the corners smoother and get on the gas earlier. The lines are different than in moto, too, which takes some getting used to. Even the way you sit on the bike is different. The regular flat track guys are legit, every one of them. When I made a mistake or lost traction, they would blow by me. Good thing they had a right-hander and a jump, or I would’ve been in real trouble. Also, don’t go until you see green!

I’m definitely doing the Sturgis TT this year in August, and JD is trying to convince me to race the Springfield short track in September. I need more practice before then, for sure, but I’d like to.

3. Motocross heads to Colorado. How did the elevation affect you?

Sipes: Honestly, it never affected me too much. When I first arrived at the track and started walking up the hill to look at the track, I would feel a little out of breath, but once we got on the bikes, I felt normal. To me, the track is the most challenging thing there. The bikes are slow, so you have to work even harder to go fast, and the bumps and ruts are brutal. I’m looking forward to watching.