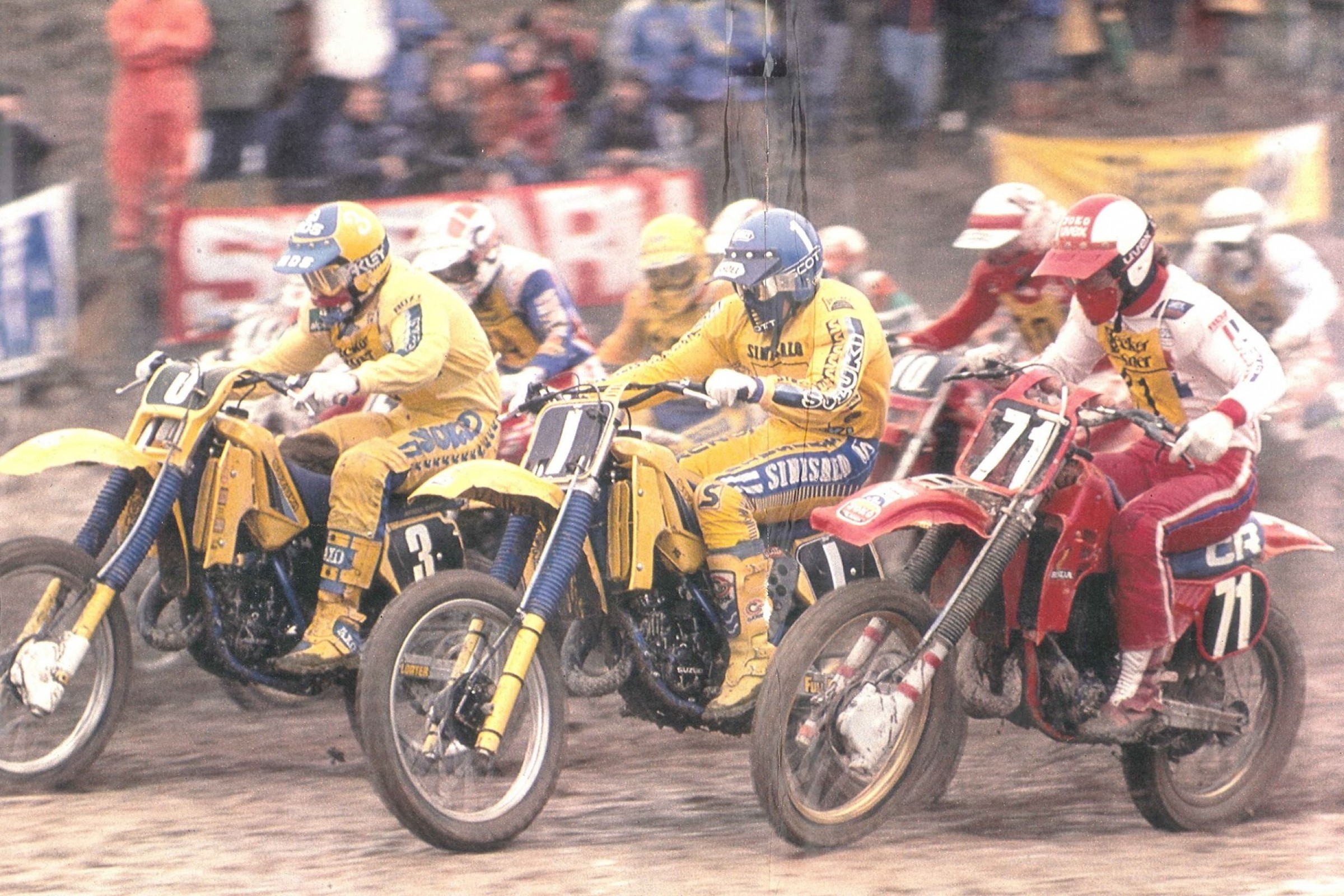 Tony DiStefano took the overall win, as well as a third straight AMA 250 National Motocross Championship, at the last round of the '77 series at what was the first AMA National held at High Point Raceway. DiStefano, a Suzuki rider who hailed from the opposite side of the state, was followed by Honda's Marty Smith and Can-Am's Jimmy Ellis. The win was Tony D's third in a row, and he was at the top of his game. Unfortunately it was his last major win, as injuries would nag the rest of his career.

As for High Point Raceway, it has remained on the National schedule ever since, and the 42nd Annual High Point National will take place on June 16, 2018.

The 125/250/500 National at High Point Raceway went off, and Mark "Bomber" Barnett stole the show with a dead-last-to-first-place ride in the second 125cc moto to take the overall win. Barnett, the reigning three-time 125cc National Champion, topped Yamaha's rookie sensation Ron Lechien and Honda's Johnny O'Mara, who would eventually unseat Barnett as champion.

Over in Europe, a couple of the more peculiar Grand Prix results of all time occurred. In Bulgaria, home rider Dimitar Rangelov went 2-1 on his Suzuki in front of his countryman for the one and only Grand Prix win ever for a Bulgarian rider. Defending FIM 250cc Motocross World Champion Danny LaPorte DNF'd the first moto on his Yamaha, then finished third the second time.

The top four positions were exactly the same in each 250 moto at the High Point National: 1.) Mike Kiedrowski, 2.) Mike LaRocco, 3.) Jeremy McGrath, 4.) Michael Craig. The fireworks came in the 125 Class, where Kawasaki Team Green's top amateur prospect Kevin Windham nearly won the first moto in what was only his second professional race. Only Team Honda's reigning 125 National Champion Doug Henry could track Windham down before the checkered flag fell. Windham's energy was pretty zapped for the second moto, but his first ride served notice that he would soon be a force to be reckoned with. The overall win ended up with Henry, who, like fellow Fox Racing riders Ezra Lusk and Robbie Reynard, was wearing retro gear to celebrate Fox Racing's 20th birthday.