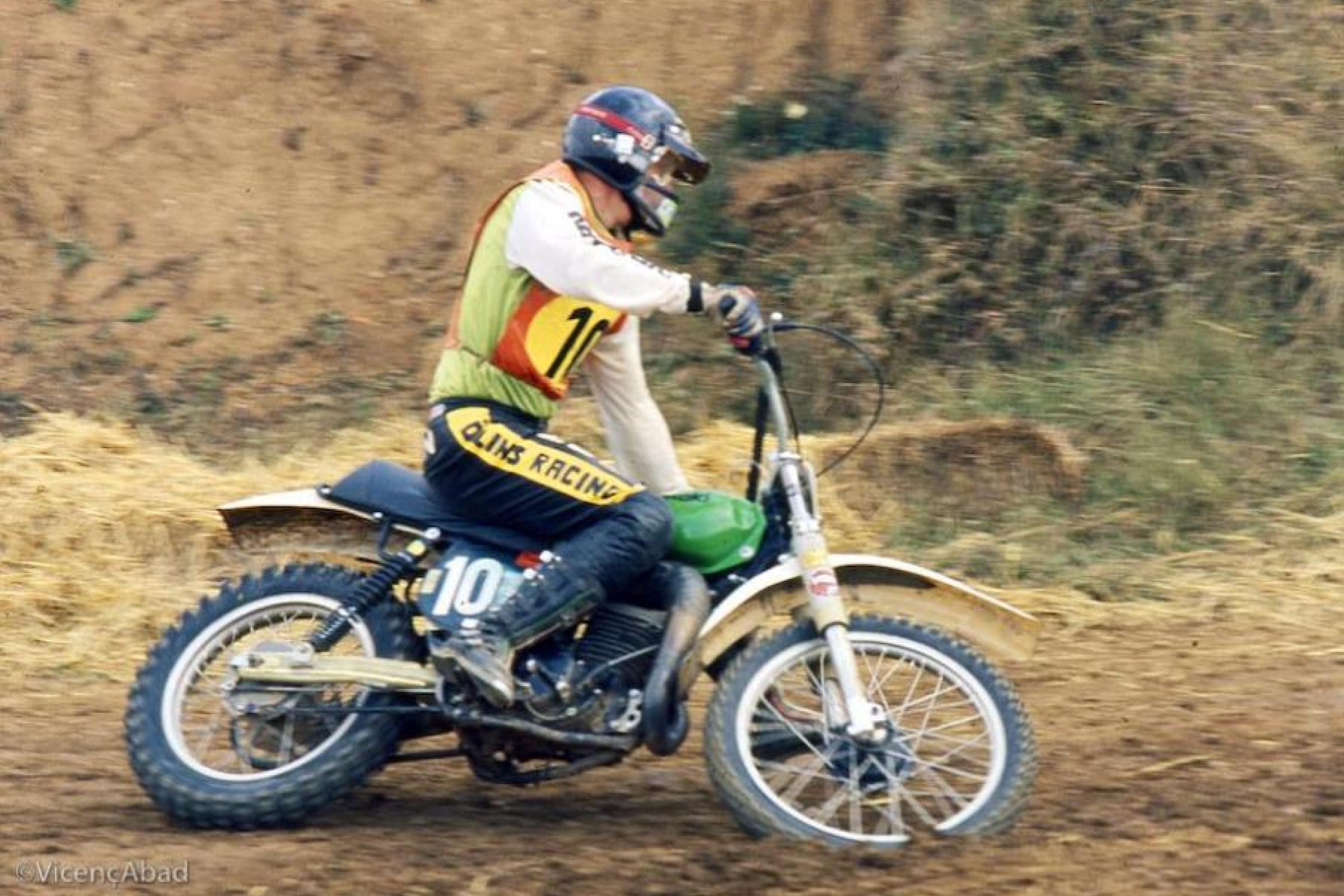 The big winner at Ascot Park's flat track is none other than Tom White, the beloved motorcycle man who passed away last fall. White is the reason that there was a Giant RV Glen Helen National on Saturday, having helped get the race back on the AMA Pro Motocross schedule. He was a flat-tracker early in life, an amazing businessman later, and finally the curator of a world-class collection of rare motocross bikes and memorabilia. On the infield of Glen Helen on Saturday was a giant stanchion with a banner than read, "This One is for Tom." He is deeply missed by all.

At the Lake Whitney round the 250 Class winner was the dominant Bob "Hurricane" Hannah over Lone Star State hero Kent Howerton on a Suzuki and Jimmy Ellis on a Honda. In the 500 series opener Suzuki's Danny LaPorte went 1-1 while Honda's Tommy Croft was second with a 6-2 and Yamaha's Rick "Lumberjack" Burgett went 8-3 for third.

Can-Am's Jimmy Ellis took a weekend off on the AMA circuit to go to Canada and win the Montreal Supercross aboard a Canada-made Can-Am motorcycle.

Trampas Parker proved that his first 125cc Grand Prix win in Italy was no fluke when he won the Belgian round with 1-2 moto finishes. Finishing second was fellow American and fellow KTM rider Mike Healey with 2-3 moto scores. And yet another American KTM rider, Bob Moore, finished fourth. Here are all of the results of the amazing and competitive 1989 FIM 125cc World Championships, courtesy of our pal Gilou at MeMotocross.fr.

In the 250cc World Championships Honda's Jean-Michel Bayle began to assert his domination after starting the series with a broken arm. Bayle swept both motos in Svrepec, Czechoslovakia, with American KTM rider (another one!) Broc Glover scoring third overall via 7-2 moto scores. Glover had visited this track before in helping Team USA win the 1983 Trophee des Nations here, with David Bailey, Mark Barnett and Jeff Ward as his teammates.

Red Bull KTM's Ryan Dungey got the Glen Helen the 450 National win with 1-2 moto scores after RCH Racing Suzuki rider Ken Roczen had issues in the first moto with his forks, leaving him with 4-1 moto scores. Monster Energy Kawasaki's Eli Tomac went 3-3 for third in what was his outdoor debut on a green bike. Rockstar Husqvarna's Jason Anderson was fourth with 2-5 moto scores.

In the 250 Class Yamalube/Star Racing Yamaha's Alex Martin, Jeremy Martin, and Cooper Webb swept the podium. It was the first time since the 1973 Lake Whitney 250 National that a set of brothers finished first and second in an AMA National.