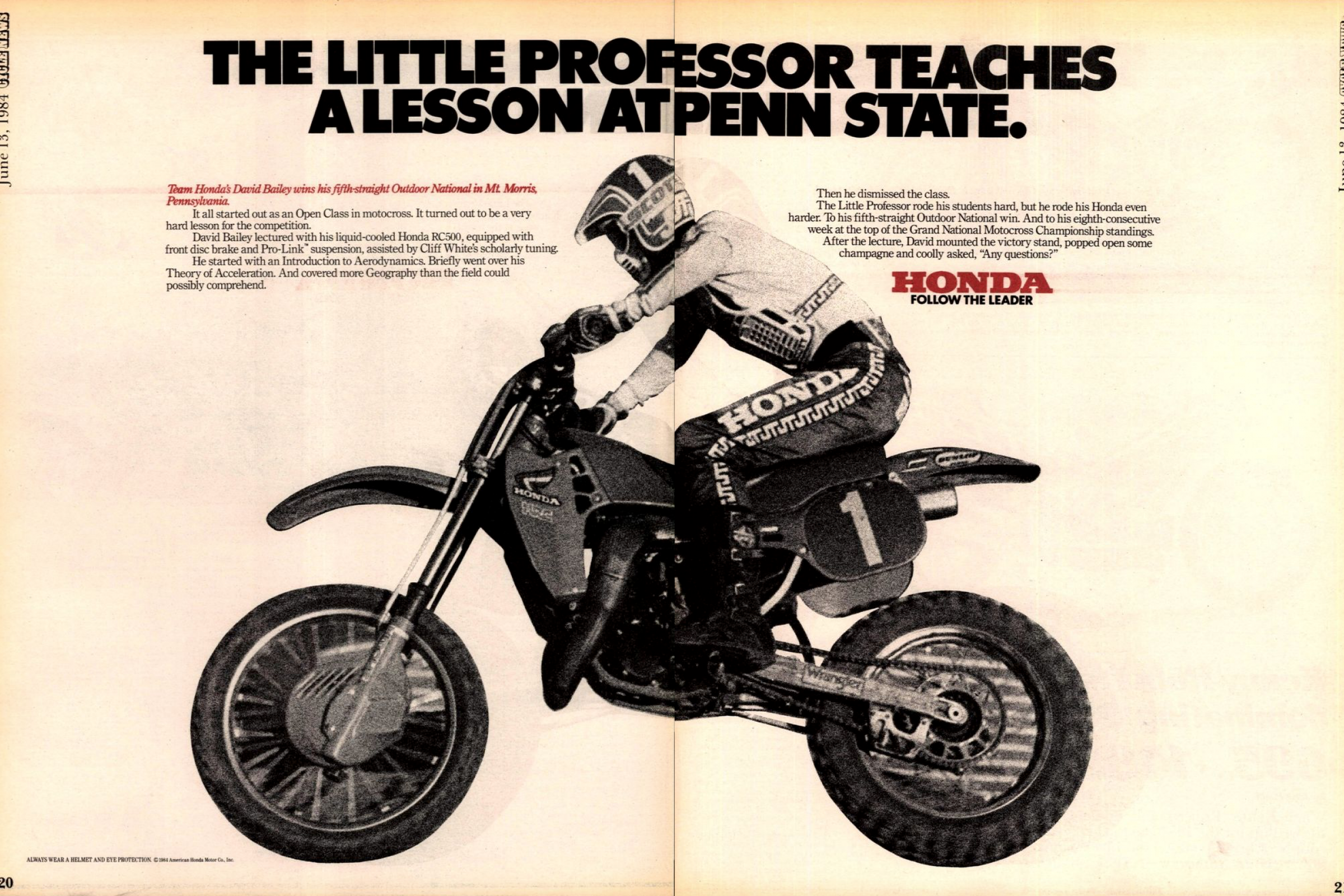 The 1984 AMA National Championship visited High Point Raceway, where Yamaha's Broc Glover once again had the dubious task of trying to beat David Bailey's exotic works Honda on his basically production Yamaha YZ490 "Airliner" as Yamaha had pretty much decided to stop building works bikes for motocross, two years before the AMA's Production Rule went into effect. Longtime Racer X friend George Sosnick was there and saw Glover "ride the wheels off that thing! I think that this was Bailey's first loss of the year? (It was.) Modified production versus full factory bike..."

Sosnick added, "I will never forget that race because Broc stopped at the fence on his way to the gate after we asked him about his JT helmet. He took it off and let us check it out! He was a super-nice guy."  He also shot this photo of Glover holding Bailey off in the last turn at the end of the first moto. Bailey got the better of Glover the second time out, but it was a moral victory for the Golden Boy.

In the 125 Class Johnny O'Mara led Jeff Ward by just inches through the entire first moto, and all the way until the last turn in the second moto. That's where Johnny hit a kicker, his right arm came briefly off the handlebar and he overshot the last turn, handing the national and the overall win to Ward!

And in the 250 Class Yamaha's Rick Johnson topped Honda's Ron Lechien in another battle between the El Cajon, California neighbors.

In the 250 Class Zach Osborne won with unlikely 2-4 scores after first moto winner Jeremy Martin of GEICO Honda got stuck in a rut on the first lap of the second moto. He would go from last to seventh but it was only good for second overall. This went to French Yamaha rider Dylan Ferrandis with a 9-1 showing.