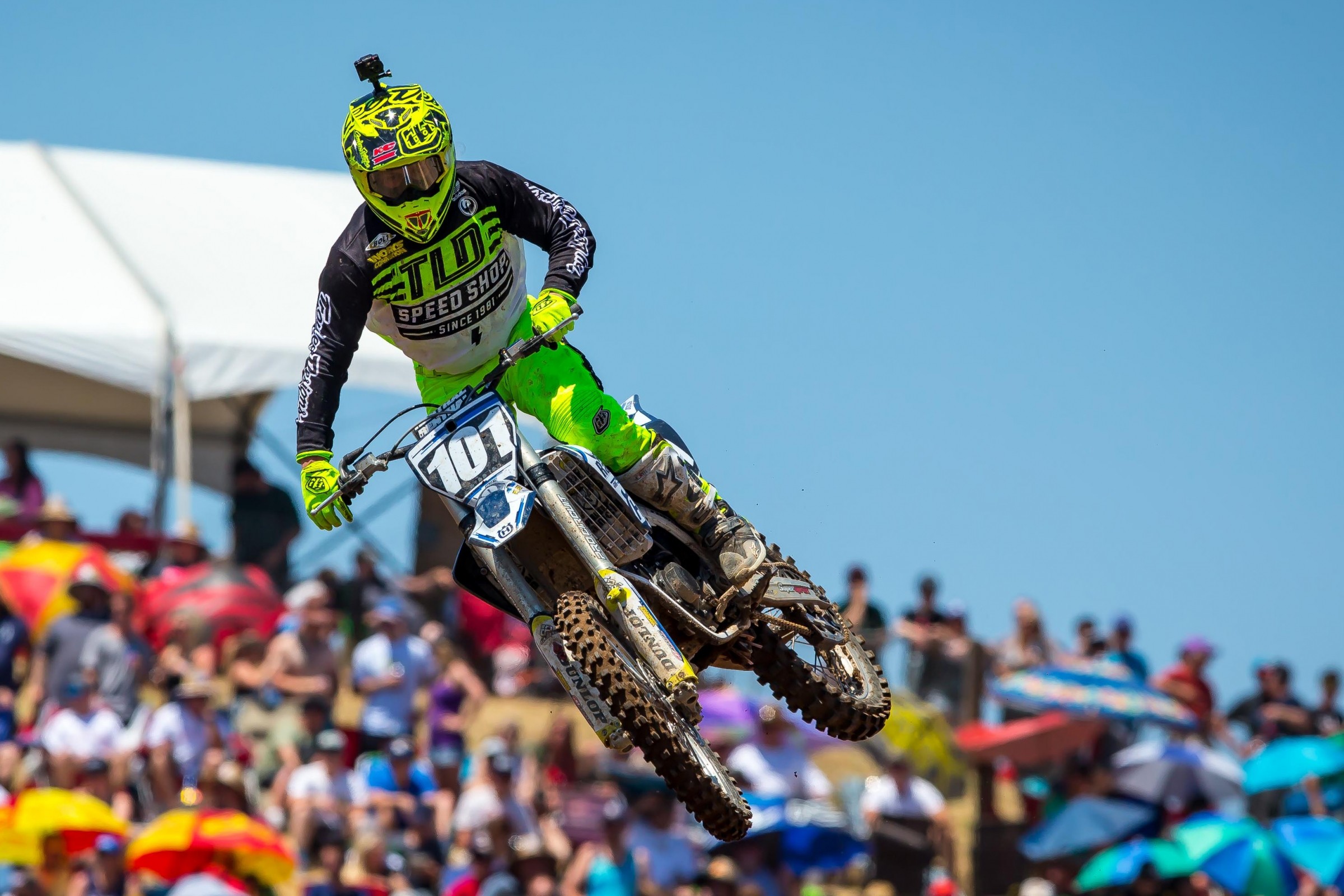 Two-strokes are back. The 125 All Star Series will be featured at seven rounds of Lucas Oil Pro Motocross, where up-and-comers and old pros alike can race an AMA National track on a 125. Former pro David Pingree raced the first round of the series at Hangtown over the weekend, so we decided to check in with him for his thoughts on how the race went.

1. What did you ride and how did your race go?

David Pingree: I rode one of our Racer X Garage Build bikes, a Husqvarna 125. It’s got the full Pro Circuit setup, and it is way faster than the guy sitting on top of it. I’ve never been a big fan of the Hangtown track. I never did well there as a pro, I had a couple injuries there, and it’s still not my favorite. Despite that, I had fun. I rolled around the first turn in around fifth and got passed by RV right away. I hung on there for a bit, but eventually a pack of millennials caught and passed me, which really pissed me off. It’s like having one of your own kids help you figure out how to set up a new piece of electronic equipment. Humiliating. Let’s see how fast you turds go when you’re 43! Anyway, I’d love to tell you where I finished, but I can’t find official results on the internet anywhere. The rumor on Vital is that the media blackout is a conspiracy to promote four-strokes. Isn’t the internet great? I think I ended up around tenth.

Ping: I didn’t get to talk to everybody beforehand because we were all spread out. Hopefully in the future, the track promoters will keep all the 125 riders in a specific area so that fans can check out the bikes, talk with the riders, and hang out. The vibe is always going to be good when you’re pitted with Shaun Palmer and the Albertson brothers. Jimmy showed up 30 minutes before practice wearing a flowered shirt that looked like he stole it from Magnum PI in 1987. His brother had on a NASA flight suit and a cowboy hat, and he showed up after delivering Ron Mac’s CR250 to the Lucas Oil tent. It was a fun group to hang with. Jimmy also rammed into the back of Aiden Tijero on the parade through the pits. He then rode past him, cut him off, and made a gesture that he was going to cut his throat. Aiden didn’t know what to think.

3. The podium (Tijero, Villopoto, Wil Hahn) featured an amateur stand-out and two well-known retired pros. What do you think about the mix at these events?

Ping: There was some chatter about keeping this race just for retired pros, but I think it’s cool to get the really fast, young kids out there with us. Aiden is probably one of the fastest 125 racers in the country at the moment—he should be out there! I would love to see more old legends come out for it. Nick Wey and Tedesco are both trying to make one happen, and guys like Jeff Emig and Erik Kehoe could show up and go plenty fast. Overall, I thought it was a lot of fun and a good addition for the fans.