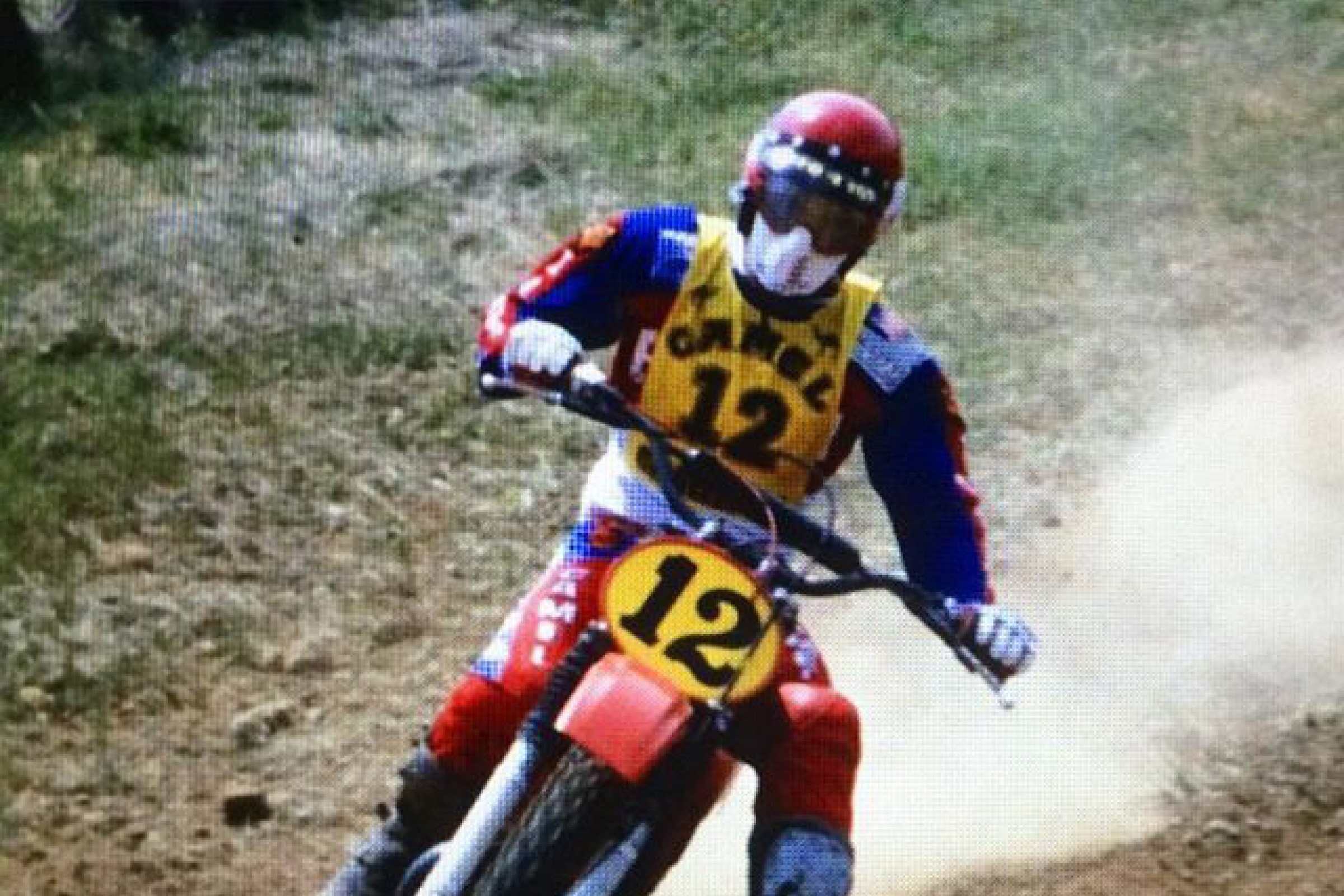 Thirty-five years ago, the late Eric Geboers swept both motos of the FIM 125cc Grand Prix in Yugoslavia (a country that no longer exists). The Suzuki rider topped the 3-3 of Suzuki teammate Michele Rinaldi, with Gilera rider Marc Velkeneers going 4-4 for third. American rider Jim Gibson, riding for Team Yamaha, finished second in the first moto.

In one of the biggest upsets in motocross history, Japanese rider Torao Suzuki, riding a Suzuki, won the Austrian FIM 250cc Grand Prix at a muddy Schwanenstadt circuit. Suzuki, a privateer on the brand that carries his name, went 5-2 in the horrible conditions to tie German rider Hans Maisch's 4-3 scores, but was named the overall winner based on combined times for the two motos. Suzuki's win marked the first and only win ever for a Japanese rider in the FIM 250cc Motocross World Championship.

At the fifth round of the AMA 250 Pro Motocross Championship, Tony DiStefano won the Lake Sugar Tree National in Virginia to tie Honda's Marty Smith for the points lead with just two rounds left. Tony D. went 2-2 to top the 1-4 of Kawasaki's Jimmy Weinert and the 5-1 of Smith.

Over in Sweden, the renewed battle for the FIM Motocross World Championship picked up again as Yamaha's Heikki Mikkola took his second straight win from Suzuki's Roger DeCoster. Mikkola, back in the 500cc Class after winning the '76 250cc title, was trying to unseat the five-time 500cc champion DeCoster. He would be successful, as Mikkola would win the next three Grand Prix events to break away from DeCoster and everyone else. On a bright note for American motocross, "Bad" Brad Lackey scored his first moto win aboard a Honda in the first moto.

Team Honda's Jeremy McGrath won his ninth AMA/Camel Supercross main event at the Rose Bowl in Pasadena. In doing so, the 250 class rookie clinched the championship. Kawasaki's Mike Kiedrowski scored second while defending champion Jeff Stanton was third. This was the first of what would be four straight titles for "Showtime" McGrath, who went into the race with a 52-point lead.