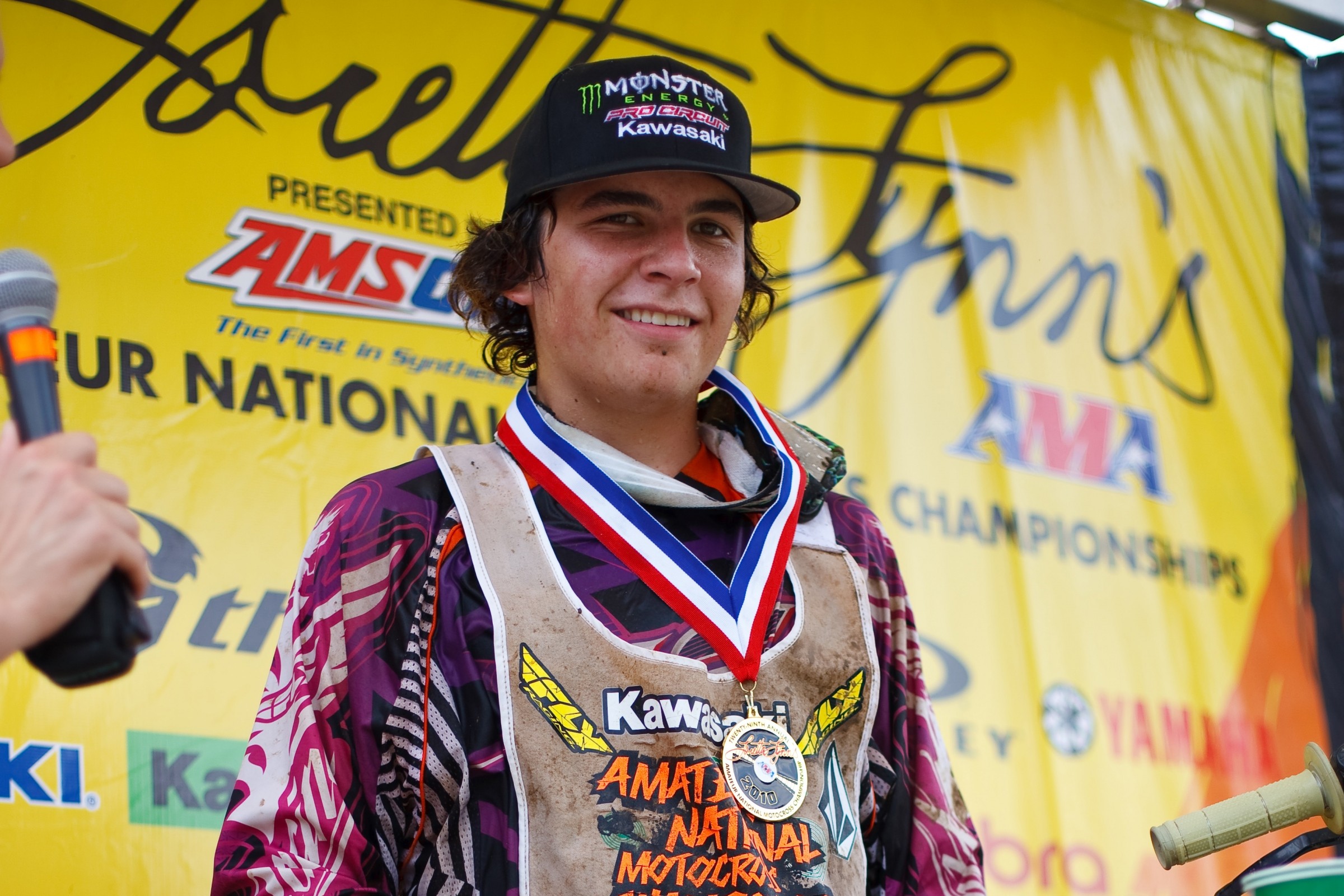 Since Jason Anderson wrapped up his first career 450SX title yesterday in Las Vegas, we thought it would be fitting to look back to the Loretta Lynn Amateur National Championship in 2010, where Anderson claimed the Horizon Award.

A year after Blake Baggett and Dean Wilson turned pro, Anderson took control of the class and won four of the six A class motos (he went DNF, fifth in the other two) and won the Horizon Award. Anderson turned pro with the Bobby Hewitt backed Suzuki team—the same team he currently rides for—but struggled in his first few years and was even sent home for a few races early in his career. He eventually turned the corner and won a tightly contested 2014 250SX West Region title over Cole Seely. Now, in his fourth year in the class, Anderson is a Monster Energy Supercross 450SX Champion.