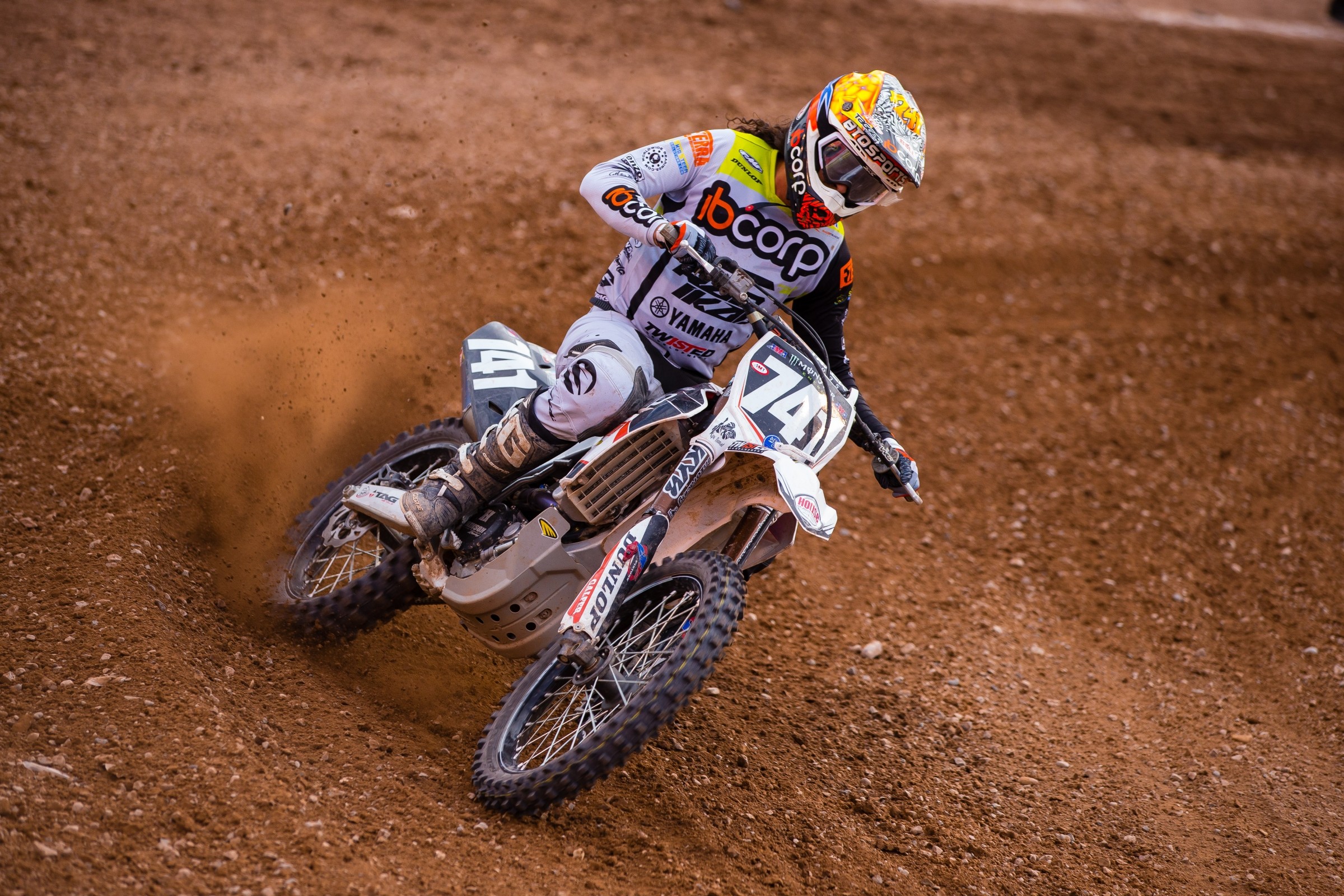 Comment: Bisceglia hasn’t raced since breaking his hand in Atlanta. He’d hoped to be back for Salt Lake City, but is now working toward getting something together for Lucas Oil Pro Motocross.

Comment: Justin Bogle is back on the bike after suffering an arm injury in San Diego. He’s expected to be back for Lucas Oil Pro Motocross at some point, but as of now, there is no exact timetable for his return.

Comment: Enticknap plans on racing in Las Vegas after breaking his collarbone in Minneapolis.

Back on the bike Finally! Gonna be a quick 2 weeks to hangtown but we will do our best. Thanks to Princess @bryanwallace388 for snaggin a clip. CH33RS

Comment: A concussion suffered in Foxborough will keep LaMay from racing in Las Vegas.

Comment: Martinez is out with a split depression plateau fracture of his tibia.

Comment: Seely is out with a fractured sacrum and pelvis suffered in Tampa. As of now, it’s unclear exactly when he’ll be back.

Comment: Webb is out with a fractured tibia suffered in Minneapolis. There is no timetable on his return.

Comment: Weimer came back for Salt Lake City after injuring his hand in San Diego, but quickly realized he wasn’t quite ready. He’s out for Vegas.

Before Salt Lake last weekend I rode for 3 weeks and felt I could give it a shot. Pretty quickly in the day I realized that I wasn’t comfortable and not ready. I felt like a fish out of water so I decided to call it for the 2018 SX season. With injuries the last 8 months I have been off of the bike for 5-6 months. I appreciate my team, fans and my family for being understanding and supportive. This is far from the 2018 I had envisioned but we all deal with injuries and that’s what I dealt with this year. I will be in Vegas this weekend hanging out and supporting the @bullfrog_spas @motoconcepts @smartopspacover team.✌️

Comment: Wilson sustained a dislocated thumb early in the main event last weekend when he tangled with Autotrader/Yoshimura Suzuki’s Weston Peick. He is expected to race this weekend.

Comment: Cooper is out with a concussion and rib and shoulder injuries sustained in Houston. He’ll be back for Lucas Oil Pro Motocross.

Comment: Ferrandis is working toward being ready for Lucas Oil Pro Motocross after breaking his arm and a few teeth in Atlanta.

Comment: Hoeft is out after breaking both feet in San Diego.

Comment: After breaking his shoulder blade in a practice crash, McAdoo is out. McAdoo won’t be back for Hangtown, but he will return at some point in the Lucas Oil Pro Motocross Championship.

Comment: McConahy will miss Vegas with a fractured upper femur.

Comment: Oldenburg tore his MCL and ACL recently while practicing. There is no timetable on his return. He’s out for Vegas.

Comment: Peters crashed on a patch of ice in Minneapolis outside the stadium and injured his knee, suffering a torn ACL and MCL in the process. He raced Foxborough and took third. He hasn’t ridden since, but will line up in Vegas.

Comment: Wharton’s return to racing was cut short in the 250SX main event last week when he dabbed his foot and tore his ACL. He’s out for Vegas.