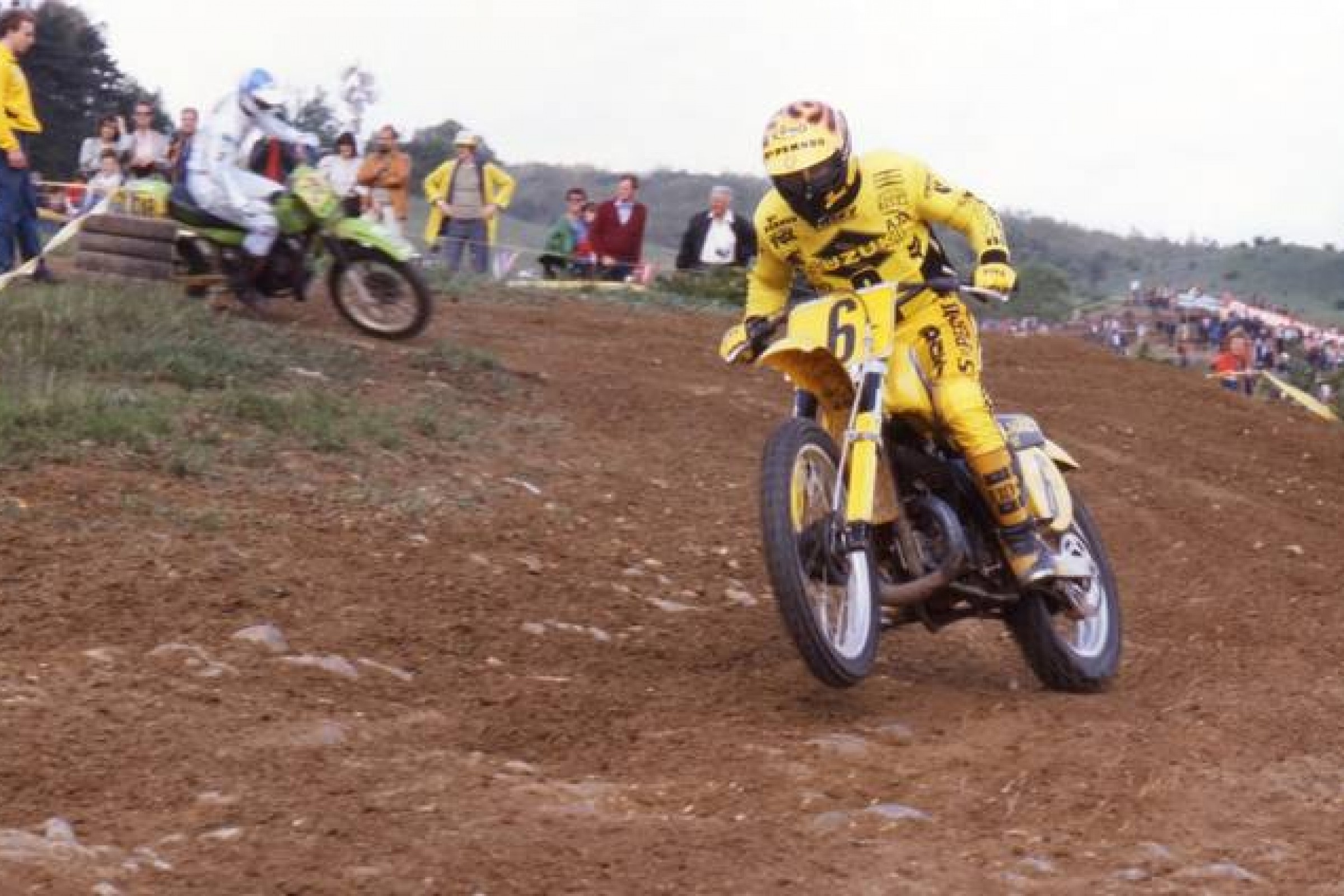 On This Day in Moto April 25

While most were expecting American ex-pat Danny LaPorte to be the first man to challenge Georges Jobe in the FIM 250cc Motocross World Championship, it was another Yank who scored an upset win at the second round in Spain. Husqvarna’s Mike Guerra, who hailed from New England, went 4-1 to take the overall win at Sabadell, the same circuit where ten years earlier Jim Pomeroy became the first American to ever win a Grand Prix. Jobe finished second overall, with KTM's Heinz Kinigadner third. LaPorte struggled for the second race in a row, finishing 9-10, but his good races were soon to come.

The FIM 125cc World Championship's third round went off in Launsdorf, Austria, and while Suzuki's Eric Geboers and Gilera's Michele Rinaldi won the motos, the overall went to Belgium's Marc Velkeneers. It was the third straight win to start the season for the Yamaha pilot, who was hoping to break Suzuki's seven-year hold on the 125 Grand Prix title.

Also, the 500cc Grand Prix season got underway in Villars Sous-Ecout and HRC Honda factory rider Andre Malherbe swept both motos. U.S. hopeful Brad Lackey, now in his tenth year on the GP circuit, finished second in the first moto aboard his Suzuki, but slipped to sixth in the second moto.

In the U.S., it was the second day of the Pontiac Silverdome doubleheader and a second straight win for Donnie Hansen of Team Honda, giving him a weekend sweep in Michigan. His teammates Johnny O'Mara and Jim Gibson rounded out the all-red, all-JT Racing podium.

James Stewart and Chad Reed, locked in a tight title race for the 2009 AMA Supercross Championship, had another epic battle at the penultimate round in Salt Lake City, and it involved a controversial moment late in the race. Reed grabbed the holeshot and led Stewart until the ninth lap, when Stewart was able to grab the lead. It didn’t last long, as Reed made an aggressive pass shortly after to reclaim the lead. Stewart stayed close and made another pass with eight laps to go. Reed was trying to go for the lead a few laps later when Stewart’s L&M San Manuel teammate Kyle Chisholm, while being lapped, got in Reed’s way. Stewart went on to capture his 11th win of the 2009 season. Reed finished second, but was now six points down on Stewart entering the final round in Vegas.

In the third round of the 1976 AMA 250 Nationals, Team Suzuki's Tony DiStefano, the reigning class champion, beat out five guys who either were or would be champions in other series for the overall win: Marty Smith, Bob Hannah, Kent Howerton, Rick Burgett, and Jimmy Ellis.

The Suzuki win ad from the Rio Bravo National was a play (we think) on the film One Flew Over the Cuckoo's Nest, starring Jack Nicholson, which was released in November of the previous year and swept the Academy Awards, which were given out a month before this race.

And for some glimpses of Marc Velkeneers and Danny LaPorte, check this old documentary out:

Yamaha was so thrilled to have the Hurricane back that they bought a three-page win ad, which you can see below: