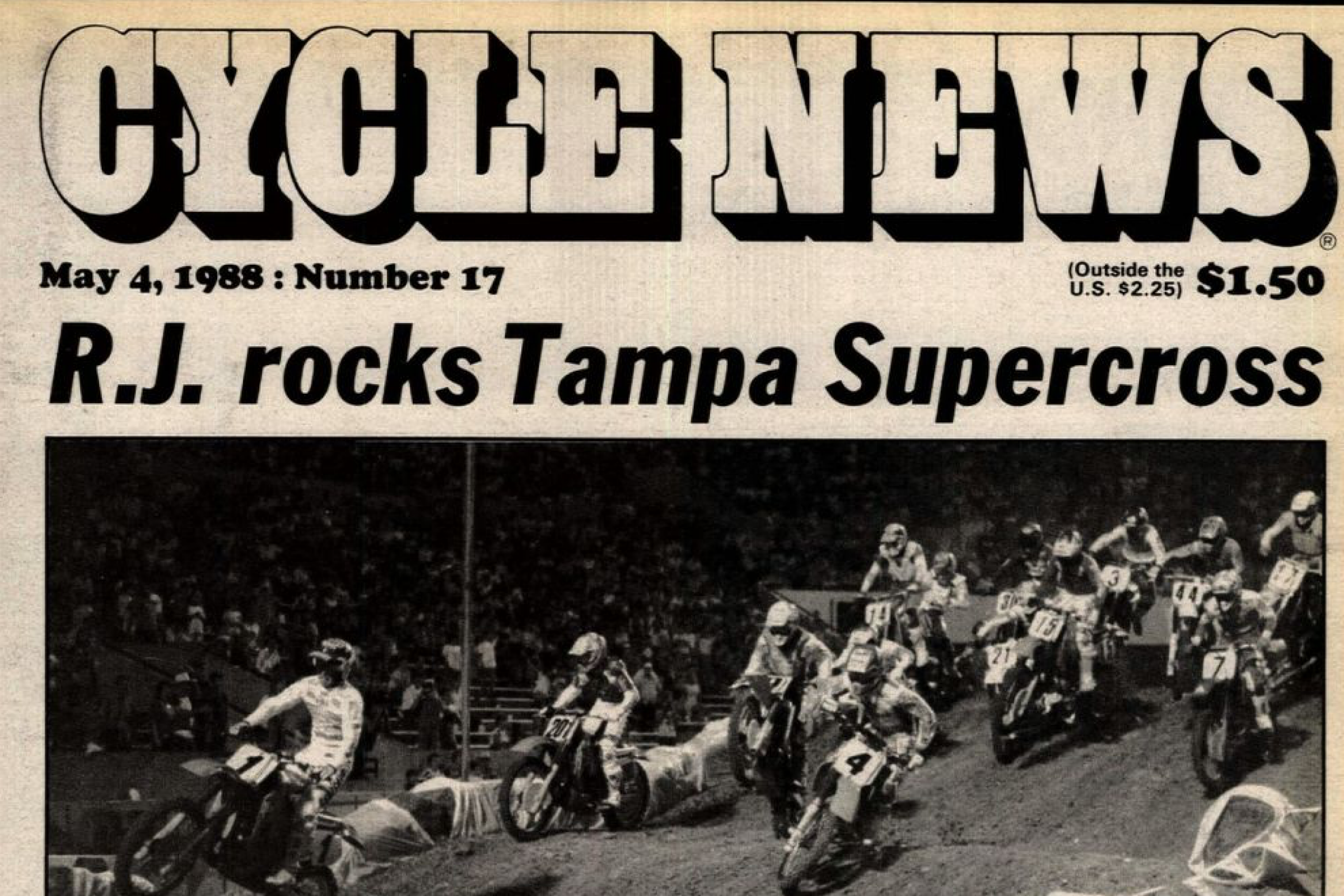 On This Day in Moto April 23

Future AMA Motorcycle Hall of Fame Mark "Bomber" Barnett got the first AMA 125 National win of his career at Rio Bravo in Texas, finally beating Yamaha's Broc Glover after trailing him in the early part of the series. Honda rider Warren Reid also got the better of Broc with a runner-up finish to Glover's third.

In the 250 Class, Bob Hannah did the trick again, finishing ahead of Honda riders Jim Pomeroy and Jimmy Ellis for his third straight win to start the series.

Here's a cool slideshow, shot by David Lack, from that day 40 years ago.

At the Tampa Supercross in Florida, Team Honda's Rick Johnson got the 250 main event win over a trio of Kawasaki riders: Jeff Ward, Ron Lechien, and Jeff Matiasevich.