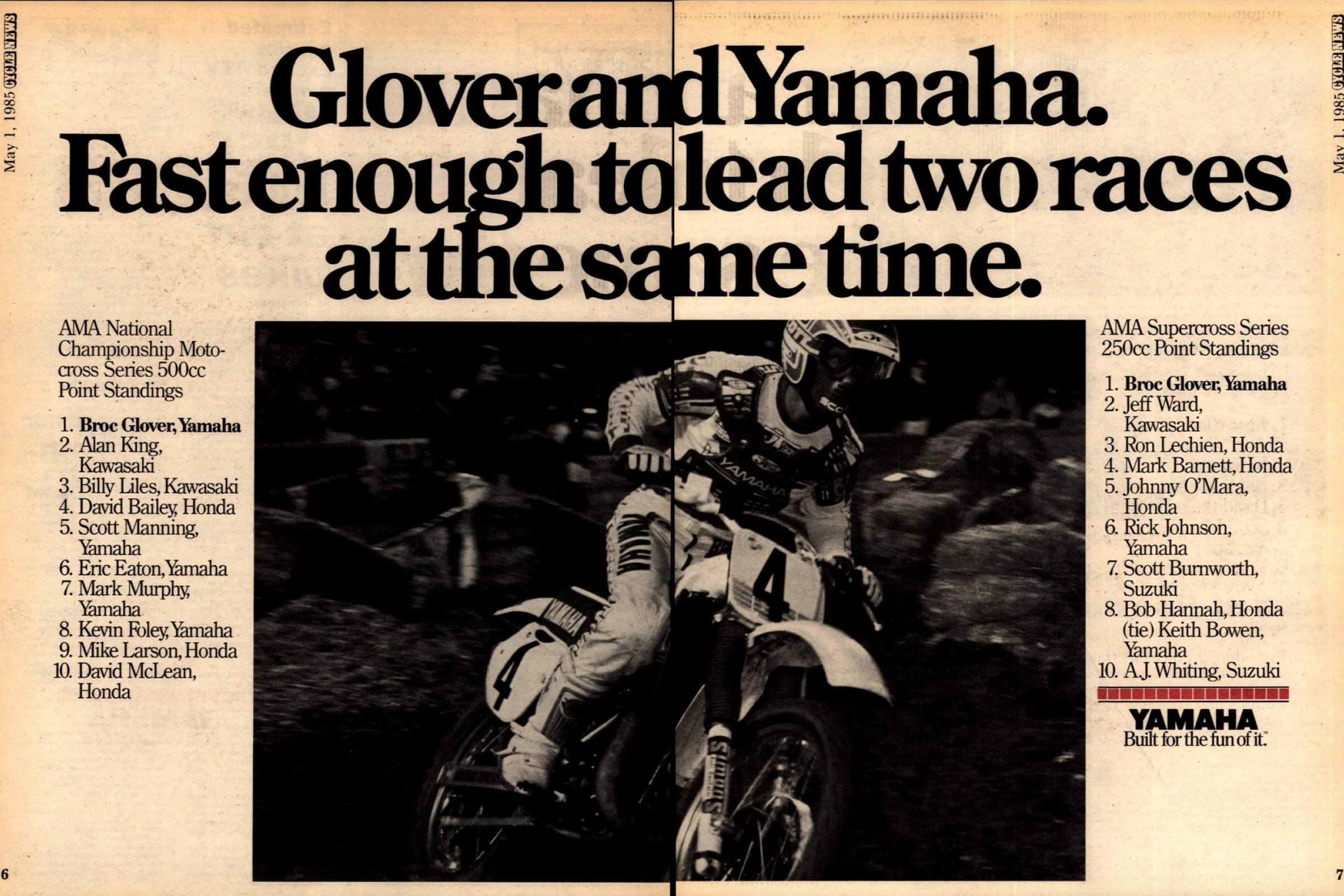 On This Day in Moto April 20

The 125 race marked the first East/West Shootout, where both series were combined. The East had the better night, sweeping the podium via Kawasaki Team Green riders Ed Warren and Rodney Barr, plus third-place finisher Fred Andrews, the future GNCC champion. Some other names you might recognize in this class were a pair of future FIM Motocross World Champions in Trampas Parker (14th) and Bob Moore (16th) and future championship team manager Larry Brooks (eighth). (And finishing last on the only KTM in the field was a future publisher, yours truly!)

Jeremy McGrath's march toward an undefeated season continued with another win at Charlotte Motor Speedway, this time over Honda of Troy's Larry Ward and moonlighting 125cc West Region points leader Kevin Windham. Team Kawasaki's Jeff Emig finished fourth. This was the 13th straight win for Team Honda's McGrath, who was now two races away from accomplishing the perfect season, but the next round on the schedule was St. Louis. The championship was already decided—McGrath clinched the previous round at Pontiac—but the idea of the perfect season still had everyone watching the results closely.

One of the all-time bad mud races took place on the plains of Spain, as the Bellpuig was hit with so much rain that the promoters Youthstream had to stop the second MX2 moto and cancel the last MX1 race. How bad was it?

Ricky Carmichael, riding an all-black Honda CR250 inspired by team sponsor Universal Studios' film Scorpion King, took the win at Texas Stadium in Irving. It put RC another step closer to what would be Honda's first AMA Supercross Championship since Jeremy McGrath left the team in 1996. Trailing Carmichael were Yamaha riders David Vuillemin (who actually posted the fastest lap times of the night) and Jeremy McGrath.

In the 125 class, Factory Connection Honda's Travis Preston erased a ten-point deficit on rookie James Stewart and added a ten-point bonus by winning the Dallas SX while Stewart crashed no fewer than four different times. James would finish 16th on his KX125, causing a 20-point swing in the standings with a single round left in the 125 West Region.