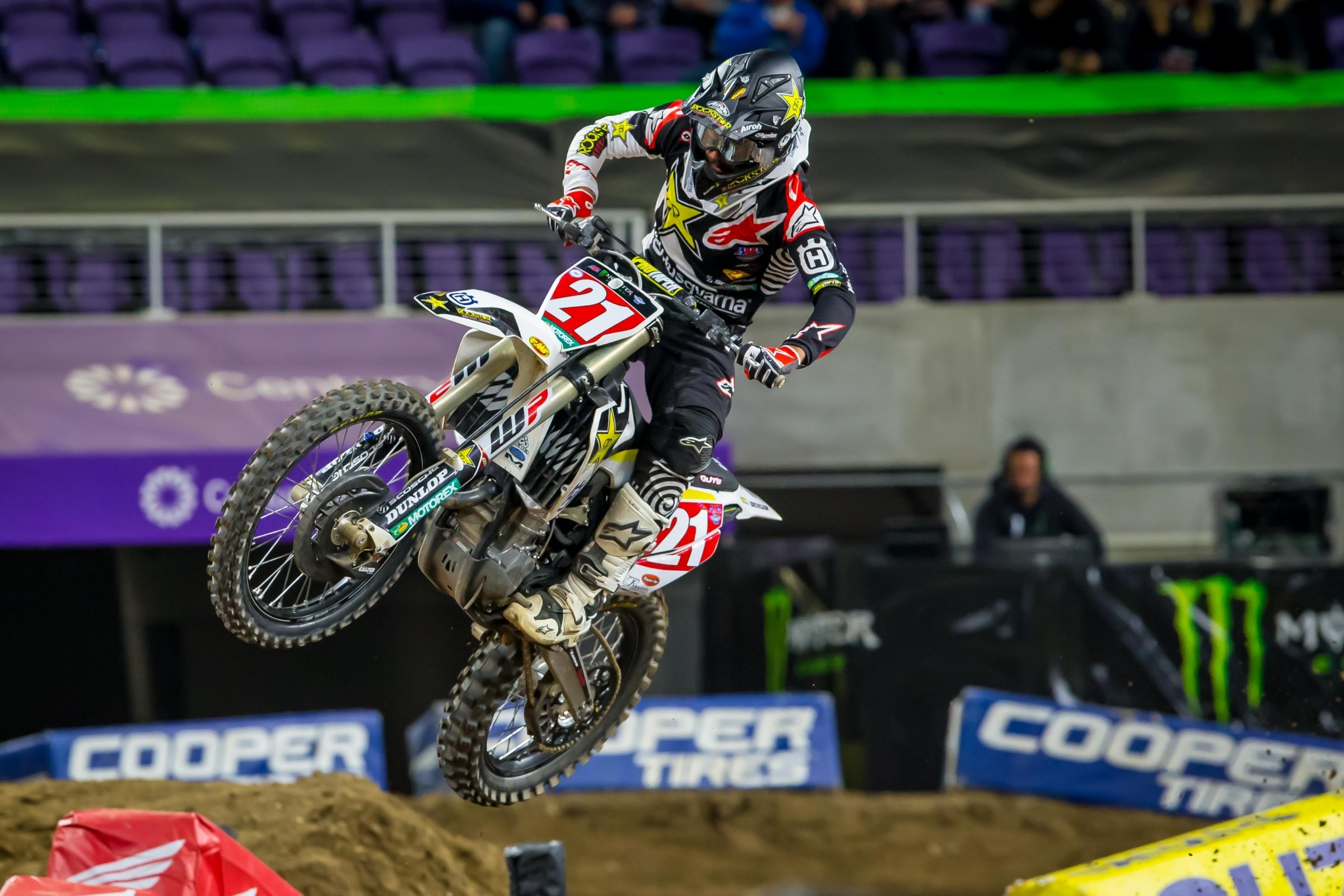 450 Words Anderson's Tightrope At The Top

Riding mellow is not Jason Anderson’s style, so even when he should be in points management mode, old habits die hard. Just last week in a muddy Seattle event that could have been disastrous for him, he took more risks than anyone, pulling away and leading before a mistake cost him the lead. On Saturday he pushed hard—maybe too hard—to steal the lead from Justin Brayton in the second race of Minneapolis’ Triple Crown event. Anderson ended up bouncing off the track and losing positions.

Anderson said that Bobby Hewitt, the only team owner he’s ever raced for, has told him to act like the hunter and not the hunted. Anderson has done so, mostly, but in the back of his mind, he’s realized he needs to back it down in key spots. He’s walking a tightrope between sticking with what he’s used to, but also trying to manage this situation. His sensational Oakland Supercross win, where he charged from way back on a sketchy track to pass Ken Roczen for the lead on the last lap, is now but a distant memory. Anderson wants to battle, but that might not be the best scenario.

With Eli Tomac notching seven wins to Anderson’s four, Anderson will likely not be the season leader in wins. That’s really not the point, though, because Anderson hasn’t needed to go “Oakland-style” in months. He’s stated that he wants to beat Tomac straight-up, but one has to figure the motivation to get right up on the edge for a race win isn’t the same right now. He’s fighting two urges: to be the aggressor he always has been, but to manage this massive points lead, the first he’s ever held, as well.

After Minneapolis, we asked Anderson about this, and also what it has been like to see Broc Tickle, his training partner, go down with a failed anti-doping test result. Anderson is under even greater scrutiny from the World-Anti Doping Agency, as he was randomly selected to be on the full-time watch list. One time, drug testers showed up when he was at dinner and made him leave to produce a sample!

Check out the Anderson interview below.