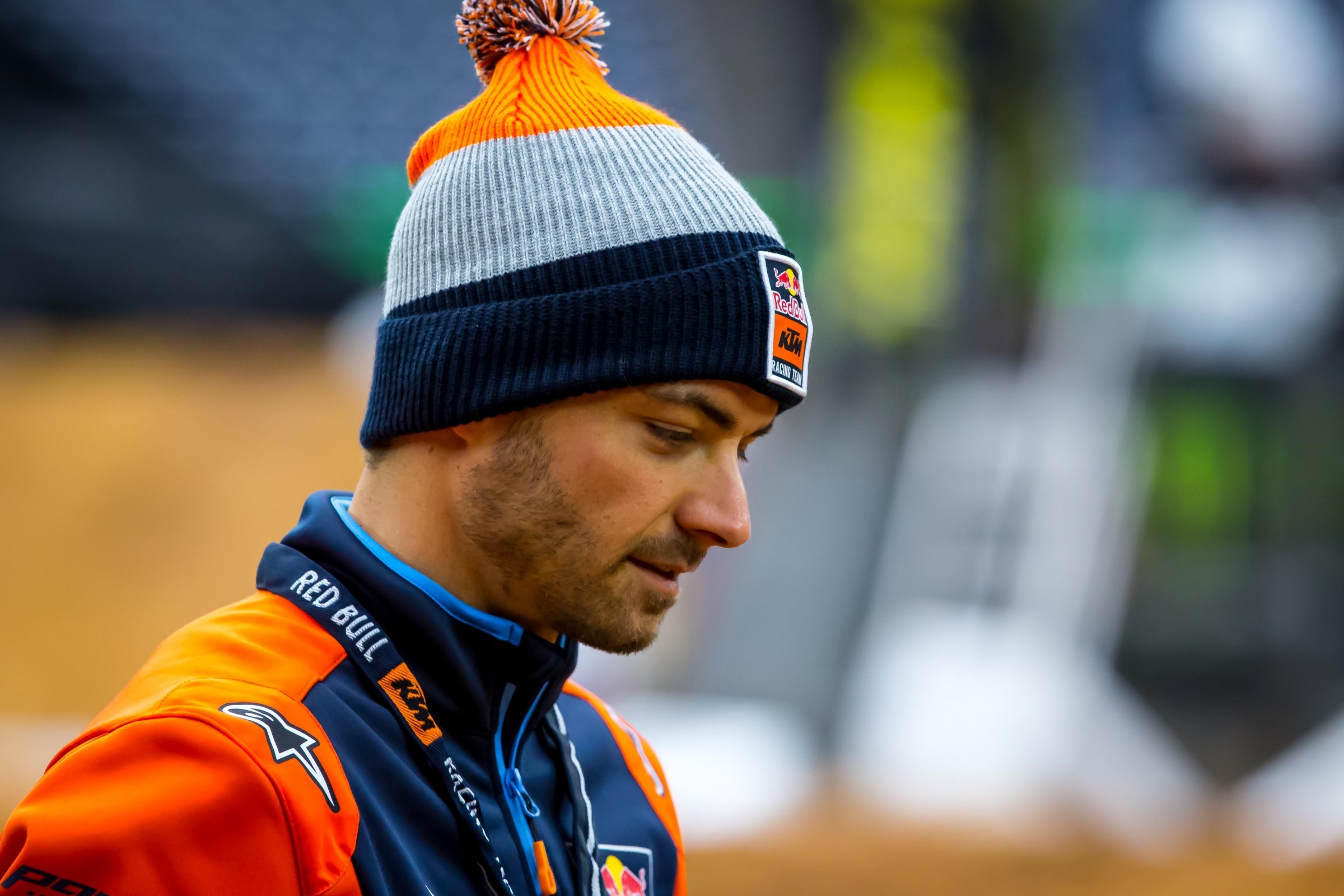 Insight The Latest on Broc Tickle

Racer X spoke with Broc Tickle’s trainer Aldon Baker at the Minneapolis Supercross, discussing Broc’s provisional suspension from the FIM due to failing an anti-doping test at the San Diego Supercross on February 10. Tickle was not at the race. He received word of the suspension via an email on Thursday night, after he landed in Minneapolis. He then flew to California to begin working on plans with KTM’s lawyers. Tickle has been told by the FIM that he has two business days to put together an appeal, which means Friday and Monday. Beyond that, Tickle was given no other information besides the same press release we posted on Friday. Meanwhile, Baker spent much of Friday at the track trying to get more info from the FIM officials on hand, but didn’t learn much.

As for the substance, methylhexanamine, Baker says he is not familiar with it and had to turn to a Google search to even learn more about it. The supplements he asks his riders to take are examined by an independent person in Florida to be sure they do not possess ingredients on the banned list. To be extra safe, he says his riders take very few supplements in general.

Baker, via Google searching, says he learned the substance passes through the system pretty quickly, so if Tickle did ingest anything, it would likely have to had been during the race weekend in San Diego. However, and this is key, Tickle has assured everyone that he didn’t go rouge and take or eat anything different on that race weekend. Other riders were tested in San Diego, Tickle was the only one who failed the anti-doping test as far as we know (Jason Anderson, another Baker client, is actually on the year-long watch list from WADA, which randomly selects athletes to be checked at any time. Anderson was even approached at dinner by a testing group and had to leave and go to a hotel room to produce a sample. He passed the test.)

“I know for him [Tickle] he would never, in his head, would think this do something like this,” Anderson told us. “And I’m with him every day. I know he has these supplements from GNC or whatever, we take electrolytes, stuff like that, but it’s nothing ever in his head where he’s like “I’m gonna try and cheat.” I believe there should be testing, but at some point I’m just overwhelmed at what is going on, because a dude that’s such a good dude, that’s selfless, he tries, he’s so good for our group and everything like that, for that to happen to him, it sucks. It really sucks.”

So, currently the Tickle camp is pretty much in the dark regarding what happened. The substance he’s claimed to have had, methylhexanamine, is found in the supplement industry. While at one time it was a substance found in nasal spray, from what we can surmise, it is no longer used as such and hasn’t been in decades.

Tickle told his team he’s unaware of anything he took that was on the banned list. He has until Monday to produce an appeal.

In 2012, The Star ran a story about the drug in a Major League Baseball case. You can read it here.