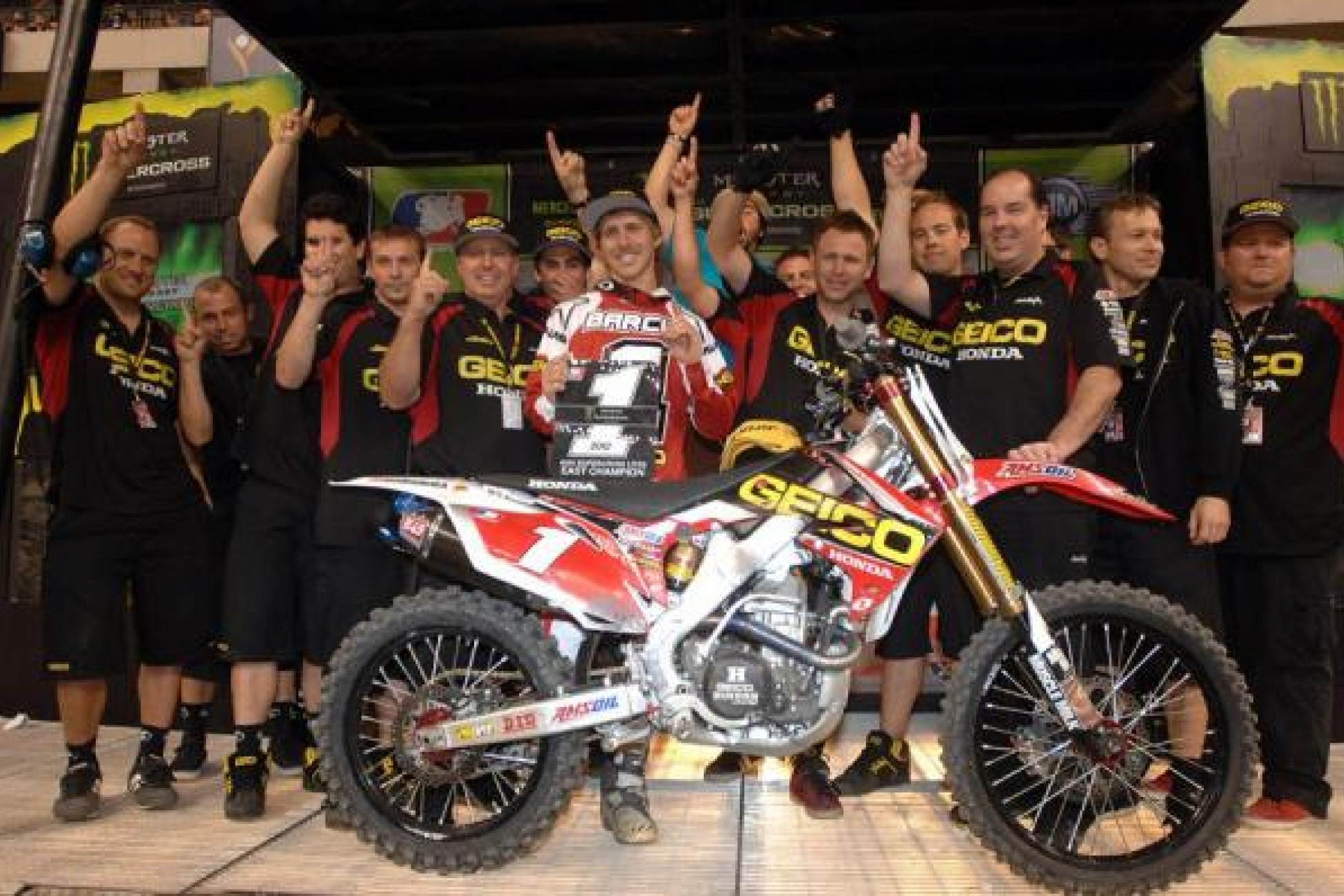 On This Day in Moto April 14

Baymare Cycle Park in Moorpark, California, was home to the second round of the 1974 AMA National Motocross Championship. The Dutchman Pierre Karsmakers won the 250 class on a Yamaha, but was not given any points in the championship as the AMA decided that only U.S. citizens could count in the "national" championship. It was an unpopular rule and it would be abolished after the season, though it cost Karsmakers a #1 plate. Finishing second was Husqvarna rider Marty Tripes, followed by Honda CR250M Elsinore riders Billy Grossi and Rich Eierstedt.

(Even though there was a big national at Baymare, the legendary Motocross Cat got the over of that week's Cycle News!)

Team Honda's Johnny O'Mara continued his march toward the 1984 AMA Supercross Championship with a win in Dallas at Texas Stadium. The O'Show was followed by Yamaha's Ricky Johnson and Kawasaki's Jeff Ward, with defending series champion David Bailey in fourth.

Ryan Villopoto had already wrapped up the title a week earlier in Houston, but that didn’t stop the Monster Energy Kawasaki rider from taking the win in New Orleans.  DNA/Jeff Ward Racing’s Josh Grant started in second and rode solid the whole way, logging his first podium since 2009 with a runner-up ride. Justin Brayton finished third.

The Lites main featured Justin Barcia going for a title, but a spoiler emerged in Monster Energy/Pro Circuit Kawasaki’s Darryn Durham, who quickly made the pass on early leader, Eleven10 Mod’s Alex Martin, and started pulling away. Durham took his first career win over teammate Blake Baggett and GEICO Honda’s Justin Bogle. Barcia finished fourth but it was enough to lock up the title.