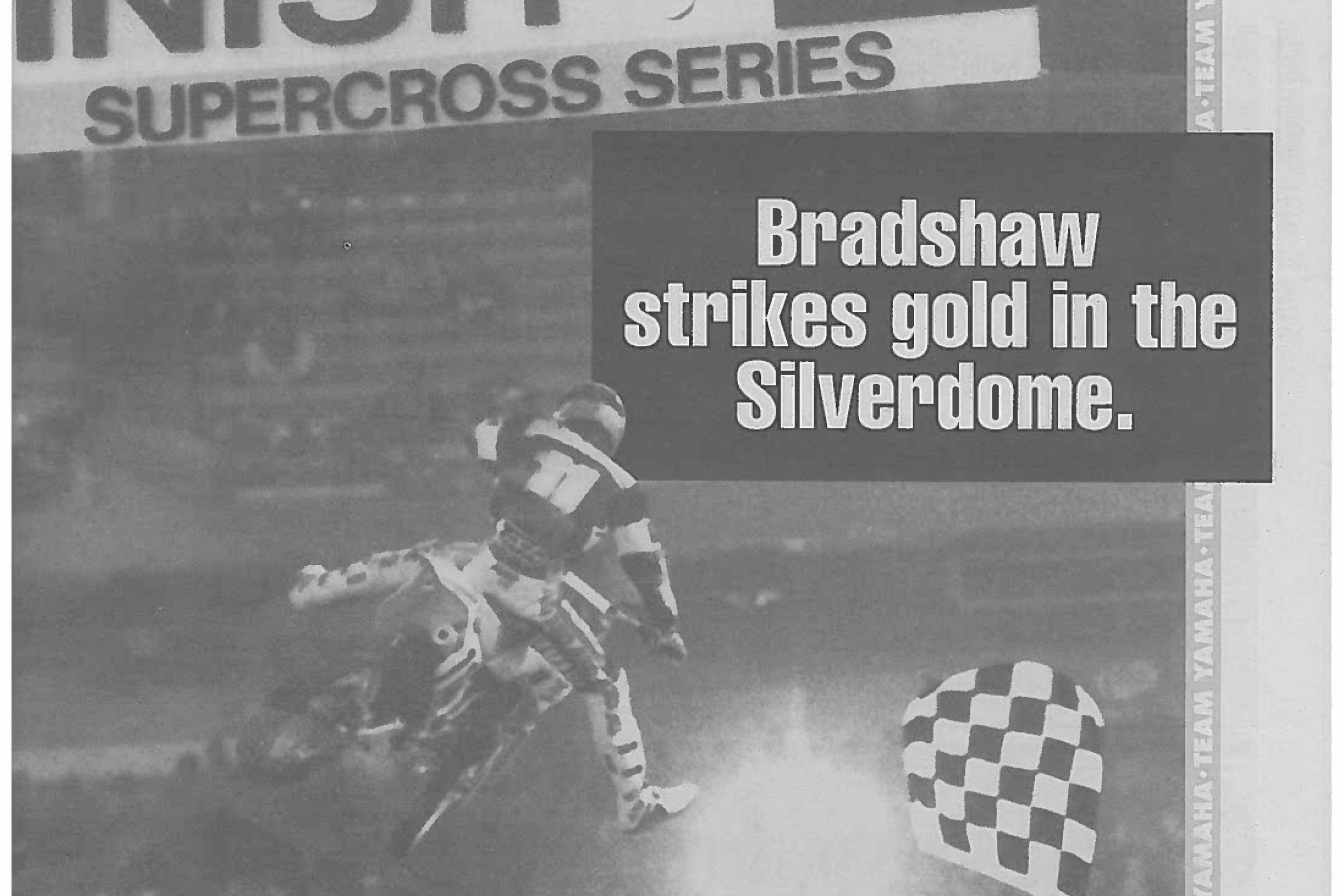 On This Day in Moto April 13

On what may have been the best weekend of his AMA Motorcycle Hall of Fame career, Team Honda's David Bailey completed a weekend sweep of the Pontiac Silverdome, winning the Sunday matinee. (Two weeks from then, he would win the next round at Dallas, giving him a run of three straight in his epic battle with his teammate Rick Johnson for the 1986 AMA Supercross crown.) Johnson finished second that night in Michigan to minimize the damage, with Yamaha factory rider Keith Bowen third. Yet another Honda factory rider, Johnny O'Mara, was fourth, and Kawasaki's Jeff Ward rounded out the top five.

On that same day over in Europe, the flying Dutchmen and 125cc title rivals Davey Strijbos and John Van den Berk went 1-2 in Mill, Holland. Both were hoping to become the first Dutch rider to win a world title, and Strijbos would ultimately prevail. But in the next two years to come, Van den Berk would better him with a 125cc world title in 1987 and a 250cc world title in '88. Here's some footage of Strijbos and Van den Berk from 1986 at the last round in Brazil, with special guest stars Micky Dymond and Rodney Smith.

Finally, in 1986, over in Austria, the 250cc FIM Motocross World Championship second round was held in a snowstorm, and French rider Jacky Vimond was the overall winner. Vimond went 1-1 on his Yamaha as he continued on his quest to become the first French rider to win a world motocross title.

The first night at Pontiac went to Jean-Michel Bayle, as the Honda rider topped local hero Mike LaRocco and Team Kawasaki's Mike Kiedrowski. Suzuki riders Guy Cooper and Ron Tichenor ran fourth and fifth. Bayle's title rival Damon Bradshaw was seventh in the race. Worse was what happened to Bayle's teammate and the defending champion Jeff Stanton. He endoed off the start in the heat race and separated his shoulder, ending his hopes for a third straight AMA Supercross title.

In the 125 class, Michigan's own Brian Swink won on the PEAK/Pro Circuit Honda CR125 ahead of Yamaha-mounted Doug Henry and Suzuki rider Tallon Vohland.