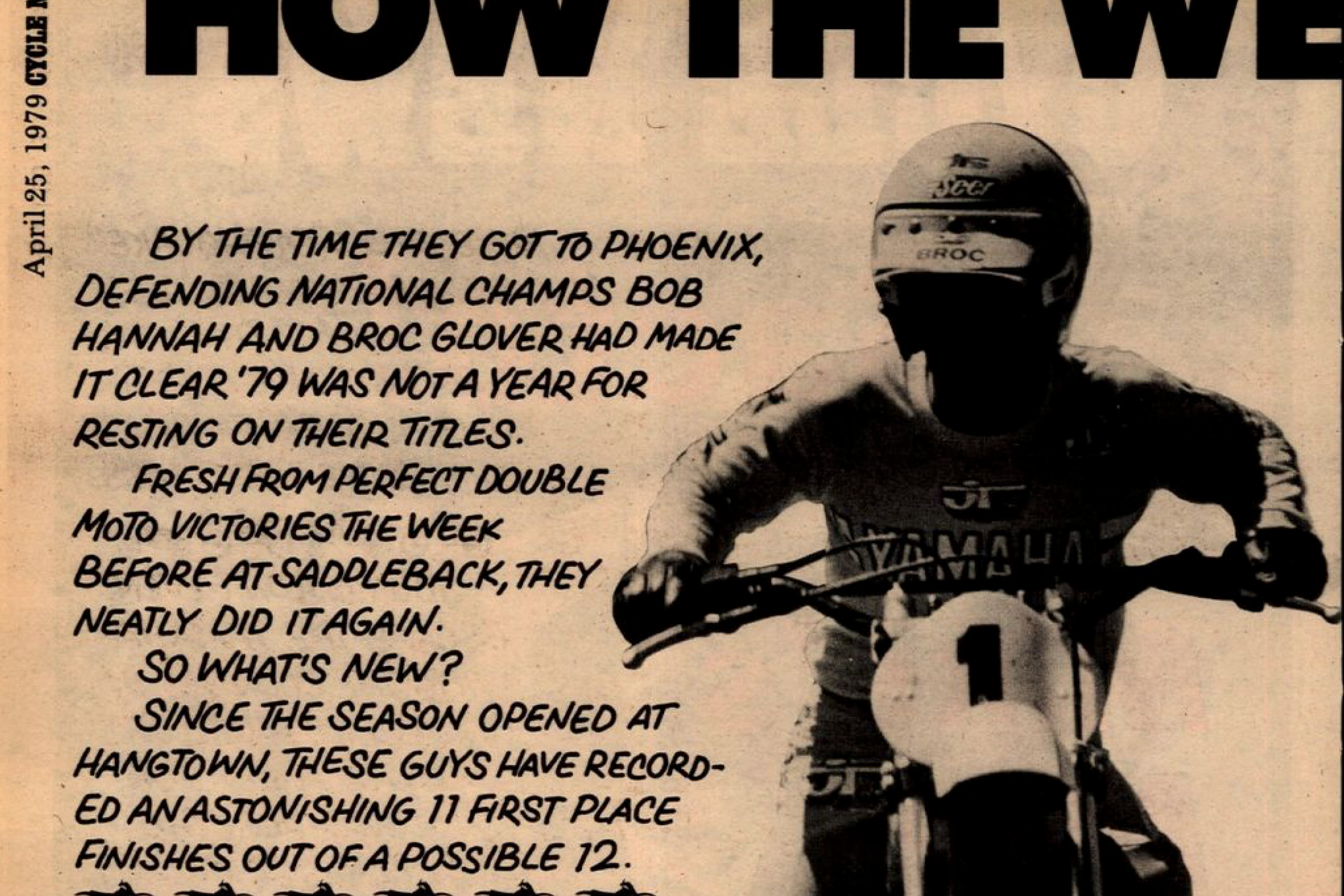 On This Day in Moto April 8

Another Kawasaki rider, Mickael Pichon, won the 125 class on his way to the 125 East Region title. Honda of Troy riders Mike Brown and James Dobb finished second and third.

Kevin Windham won the Dallas Supercross aboard his Honda CR250. Yamaha's David Vuillemin was second and Ricky Carmichael third. Series points leader and defending champion Jeremy McGrath finished fourth on his way to what will be a seventh AMA Supercross title.

Twin brothers Tom and Dan White are born. Together they will have a huge influence on the American motorcycling industry as pioneers in the four-stroke movement as well as the aftermarket business with their company White Brothers. Both were inducted into the AMA Motorcycling Hall of Fame.

In the 125 class, where Kawasaki's Jeff Ward and defending 125 National Champ Johnny O'Mara of Team Honda are having a two-man war for supremacy, Ward ended up on top at Hangtown. Another Team Tamm rider, A.J. Whiting, finished third.

And in the 500 class where another duel was taking place, Honda's David Bailey went 1-1 to top Yamaha's Broc Glover and his 2-2. Finishing third was Honda's Danny "Magoo" Chandler.

Also, over in Europe the FIM 125 and 250 World Championships were getting underway, and Austrian KTM rider Heinz Kinigadner beat hometown hero Jacky Vimond in the first 250 Grand Prix in France, and in Italy Dutch KTM rider Kees Van der Ven topped Finland's Pekka Vehkonnen. Ironically, there wasn't a single KTM in the top twenty of any of the three AMA classes at Hangtown.

And on that day back at Saddleback Park the 1979 World Mini Grand Prix was wrapping up with its Yamaha Race of Champions and the big winner was Erik Kehoe, ahead of George Holland and Steve Skilton.