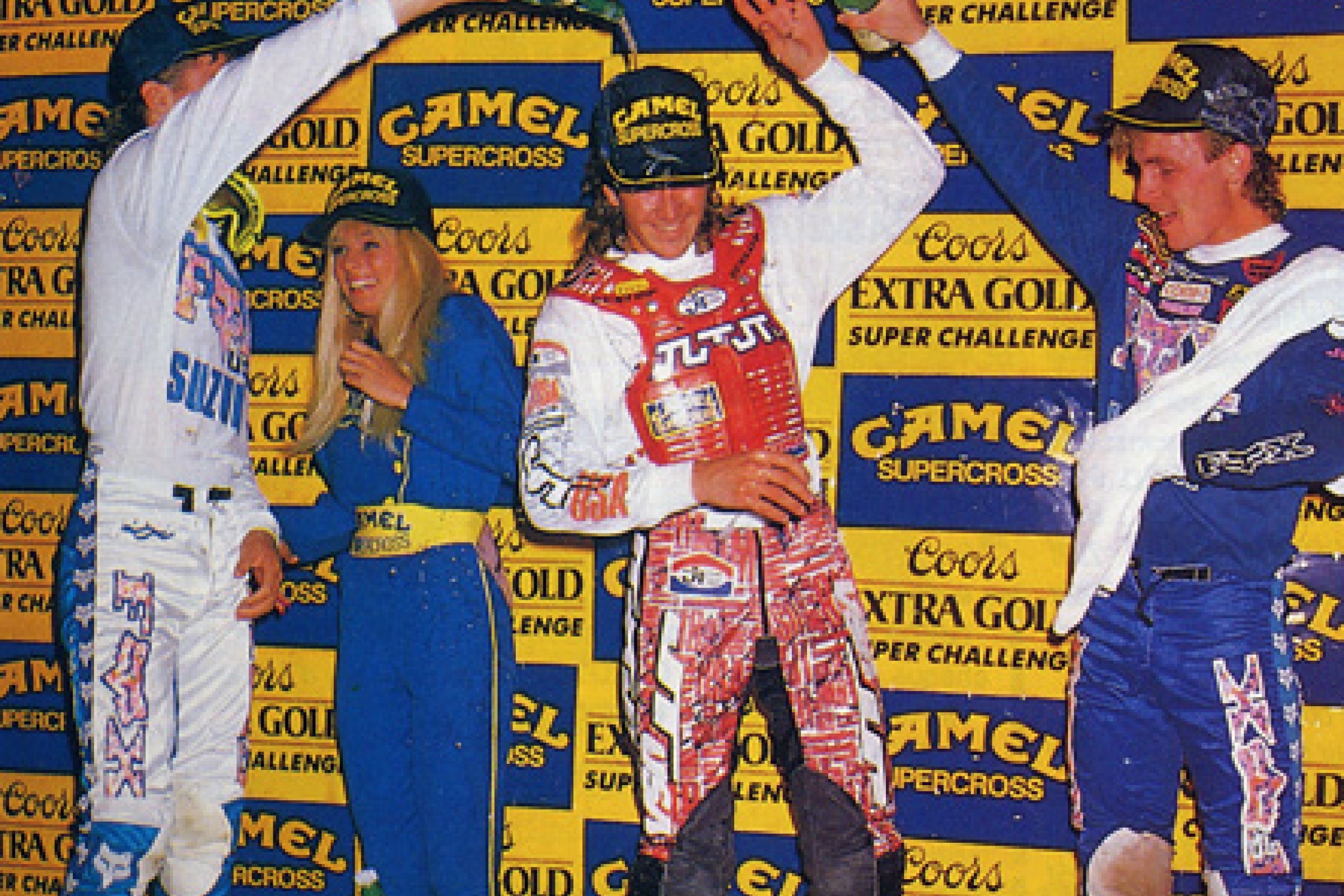 On This Day in Moto April 7

In the 125cc class Team Suzuki's Denny Stephenson got the win over a pair of Kawasaki Team Green riders, Michael Craig and Jeremy McGrath.

If it's 2001 and it's supercross season, then it's almost certainly another Ricky Carmichael win. This one comes at the Pontiac Supercross as RC marched to his record-matching 13th straight AMA Supercross win. Honda riders Ezra Lusk and Mike LaRocco finished second and third.