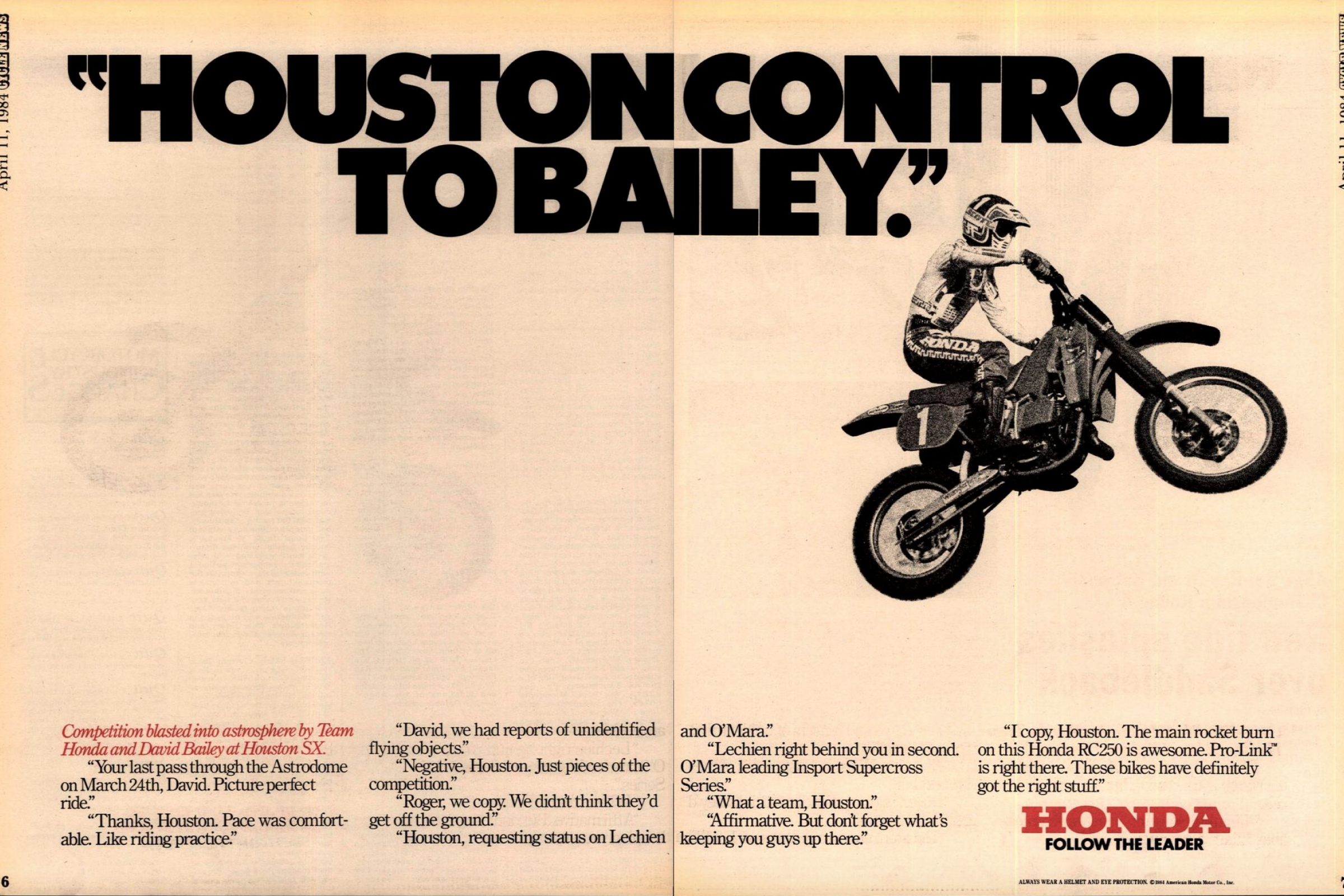 On This Day in Moto March 24

The notoriously muddy Hangtown National of 1991 may have gone down in history as the muddiest outdoor National of all time. A heavy storm hit that morning, flooding the Prairie City OHRV Park and the national track that ran back and forth across it. The first motos went off in the middle of the storm, with privateer Doug Henry, riding a Yamaha YZ125, holding on to win the race. The 250 National was even wetter as a river began running down through the valley and drowned out the bikes of many of the factory riders, including defending two-time champion Jeff Stanton, Kawasaki's Jeff Ward, Yamaha's Damon Bradshaw, and more. Privateer Honda rider John Dowd held off Honda factory rider Jean-Michel Bayle, who was wearing a #8 Jack-in-the-Box table number on his helmet, and Suzuki's Mike LaRocco to win, with another privateer, Dan Janette, earning fourth place. At that point, the AMA finally decided to call the race after a single moto—the only time in AMA Motocross history that the second set of motos were called off because of the weather.

The race arguably cost Stanton the 1991 AMA 250cc National Championship, as he was never able to chip away at the 22 points he gave up to Bayle that day (and it would have been 25, had JMB not let Dowd go by at the end, thinking he was a lapper!). Hangtown '91 is also the only time in motocross history that two true privateers swept an AMA Pro Motocross event.

How much have things changed? The '84 Anaheim Supercross, which actually ran on January 28 of that year, was aired on March 24 as the world premiere of NBC's SpeedWorld motorsports program. The winner of the race would eventually be the winner of the series, Team Honda's Johnny O'Mara.

And there was a race on March 24, 1984, only it was in the Houston Astrodome and won by another Honda rider, O'Mara's teammate and close friend David Bailey, the defending AMA Supercross Champion. Yet another Honda rider, Ron Lechien, placed second. Yamaha's Broc Glover was third and O'Mara finished fourth.

In the 125 class, it was 1-2, but not for Kawasaki riders. Instead, it was Suzuki's Buddy Antunez and Jimmy Gaddis leading the way in the division. But third place was a Kawasaki pilot, Team Green's Jeremy McGrath.

Another Saturday night, another Ricky Carmichael win, this time in the Houston Astrodome as the Kawasaki rider continued his long winning streak—eight in a row now. Yamaha's Jeremy McGrath is second, Honda's Mike LaRocco third.

It's the 125 class that night in Houston that is crazy. KTM rider Grant Langston was half a lap away from becoming the first AMA Supercross winner for the brand, but then celebrated early over a triple and crashed into the next corner, handing the win and a place in the record books to Travis Preston and Husqvarna.

James Stewart got himself a third straight win in AMA Supercross, this time in Indianapolis. The Kawasaki factory rider was followed by Yamaha's Chad Reed and his Kai teammate Tim Ferry.

The Lites class winner was Suzuki's Ryan Dungey, who had failed to score any points the previous week after a bizarre crash on the first lap in Orlando left his bike inoperable for the restart.