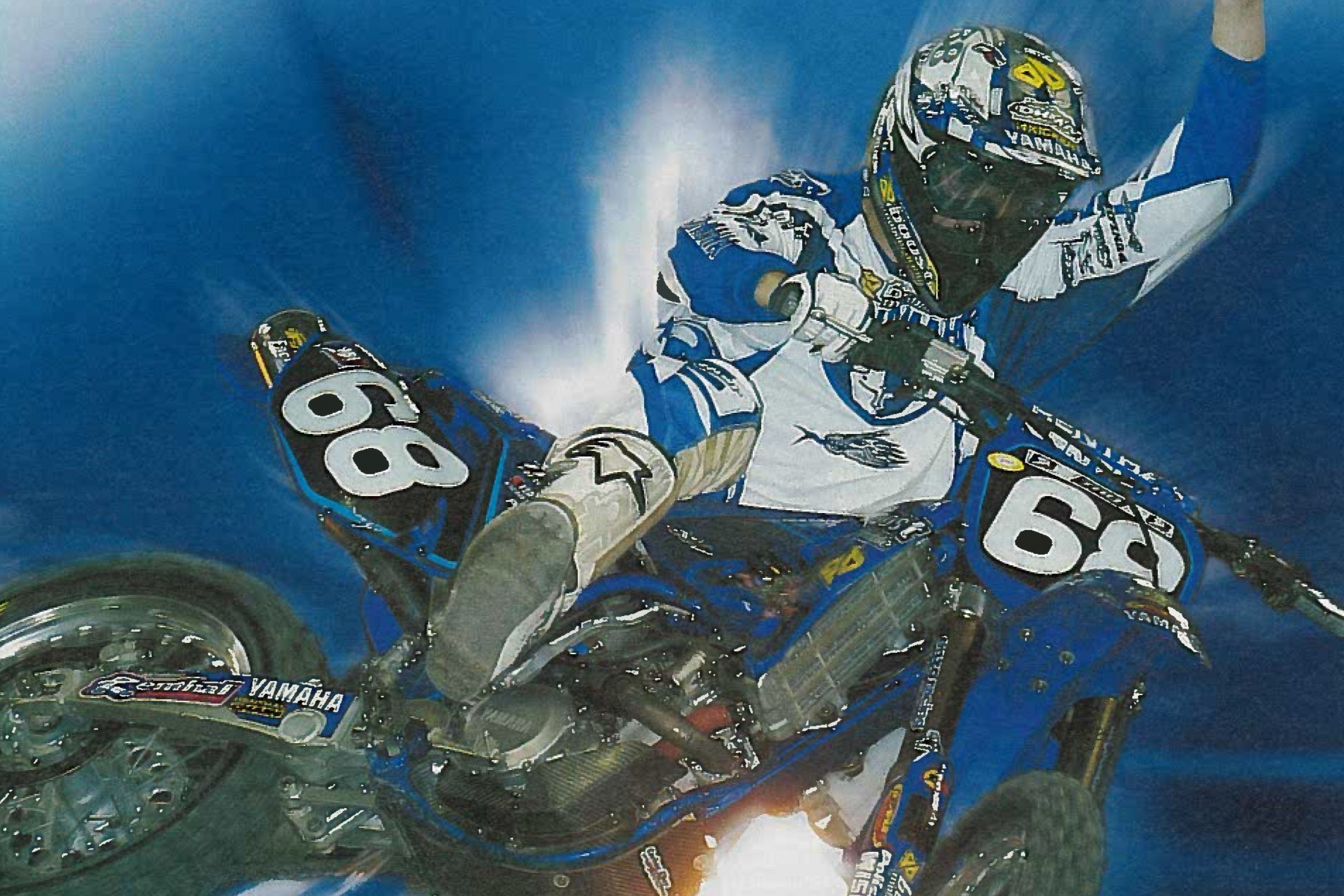 On This Day in Moto March 20

And one year later, Barnett did it again in Houston, winning in the Astrodome for a fifth time in three years. The only race he lost in that span was the previous night's main event to Bob "Hurricane" Hannah. Barnett had crashed and struggled to finish 12th. On the second night, he beat eventual 1983 AMA Supercross Champion David Bailey and Yamaha's Broc Glover.

Jeremy McGrath won his third race in a row in AMA Supercross, this time taking the Minneapolis round on his way to a sixth series title. Suzuki's Larry Ward and Honda riders Mike LaRocco and Michael Pichon followed.

In one of the most surprising and popular wins in supercross lore, the veteran Mike LaRocco won his hometown Indianapolis Supercross on his Amsoil/Factory Connection Honda, making him the oldest rider ever to win a main event at that point. Only recently would that record fall to Justin Brayton, another Honda rider who, like LaRocco in 2004, was racing for a private team. Kevin Windham finished second while series points leader Chad Reed recovered to third after crashing in the first turn.

In the 125cc class, James Stewart's perfect run through the East Region would end with a hellacious practice crash in which he suffered a concussion, forcing him out of that evening's race. It opened the door for Yamaha of Troy's Josh Hansen to get his first career win over Kawasaki-mounted Paul Carpenter and his teammate Danny Smith.

Here's Mike LaRocco with his son riding on the tank from Cycle News.