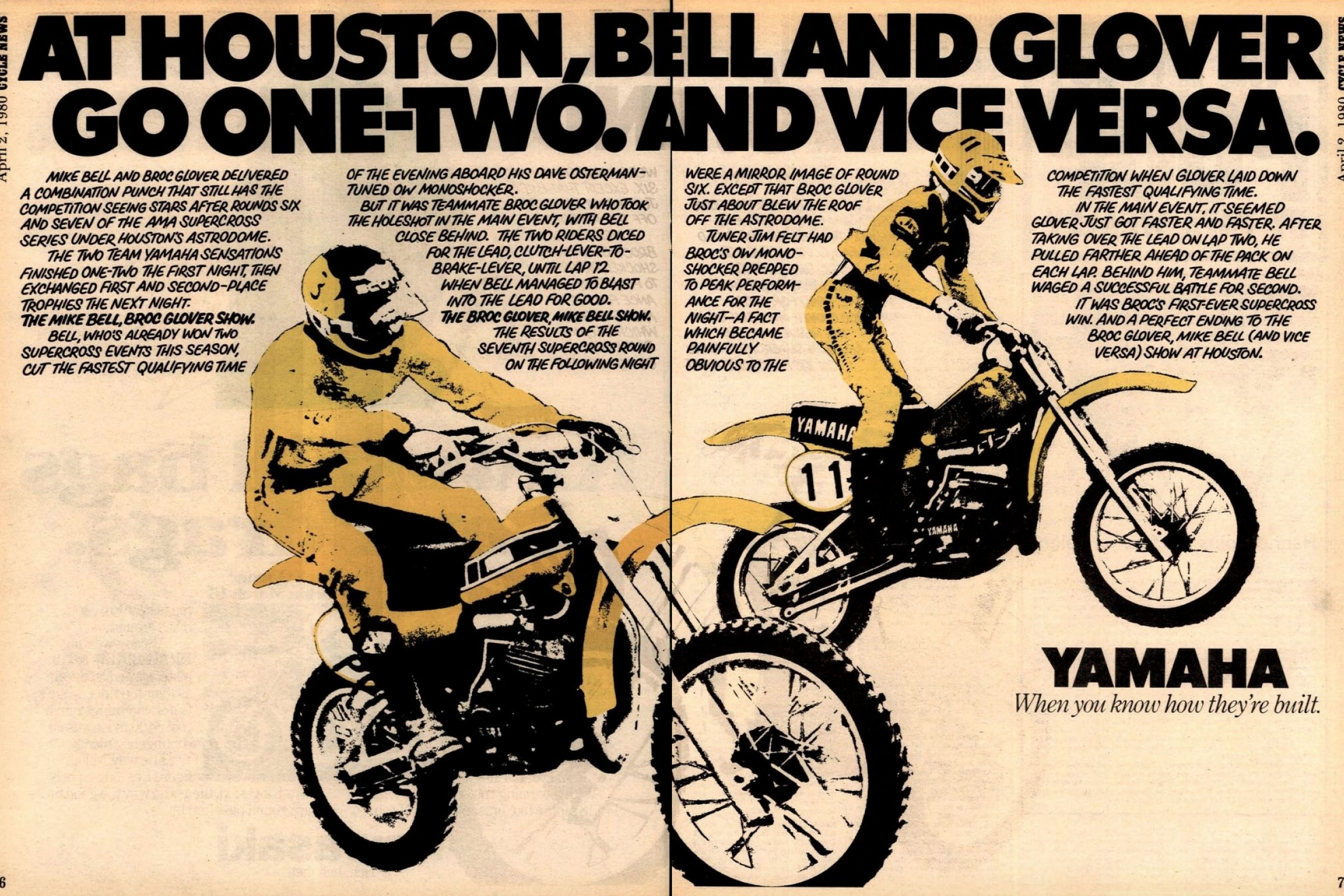 On This Day in Moto March 14

"Bad" Brad Lackey, living in Europe and attempting to become the first American ever to win an FIM Motocross World Championship, began his season with a win at an international meeting in St. Antonis, Holland. Lackey, riding for Husqvarna, beat home rider Peter Herlings, who just so happens to be the father of current MXGP title contender and three-time MX2 World Champion Jeffrey Herlings. Maico riders Graham Noyce and Adolf Weil were next in the results.

Jimmy Ellis won the Houston Astrodome Supercross on a Can-Am ahead of Honda riders Marty Smith and Rich Eierstedt. There was also a 500 class in Houston, won by future three-time 250cc National Champion Tony DiStefano, his first of many career wins aboard Suzuki. Tony D. raced a CZ as a privateer the previous year.

Team Yamaha's Mike Bell won his third AMA Supercross of the season, this time at the Houston Astrodome. Bell, who had basically replaced the injured Bob Hannah in Yamaha's vaunted lineup, rode alongside Broc Glover, who finished second that night. Honda's Chuck Sun and Kawasaki riders Warren Reid and Jeff Ward rounded out the top five.

For the second night in a row, Mark "Bomber" Barnett was victorious at the Houston Astrodome, giving him a weekend sweep on his march to the 1981 AMA Supercross Championship. Barnett's Suzuki teammate Kent Howerton, a native of Texas, finished second ahead of Yamaha factory rider Broc Glover.

In something of a swan song, Jean-Michel Bayle, the reigning AMA Supercross Champion, took the 250 main event win in Charlotte, North Carolina. Bayle, winding down his supercross career as he prepared to go road racing in 1993, rode an inspired race, something that had been missing in the first seven rounds of the series. After starting mid-pack, JMB passed his teammate Jeff Stanton and Kawasaki's Jeff Matiasevich at the same time to take the lead and the win. Stanton held on for second while Suzuki's Larry Ward claimed third. Series points leader Damon Bradshaw crashed and had an off night, finishing sixth.

James Stewart and Austin Stroupe were the big winners at the New Orleans round of the 2009 AMA Supercross Championship. Stewart, riding a Yamaha, topped his bitter rival Chad Reed and Yamaha factory rider Broc Hepler.