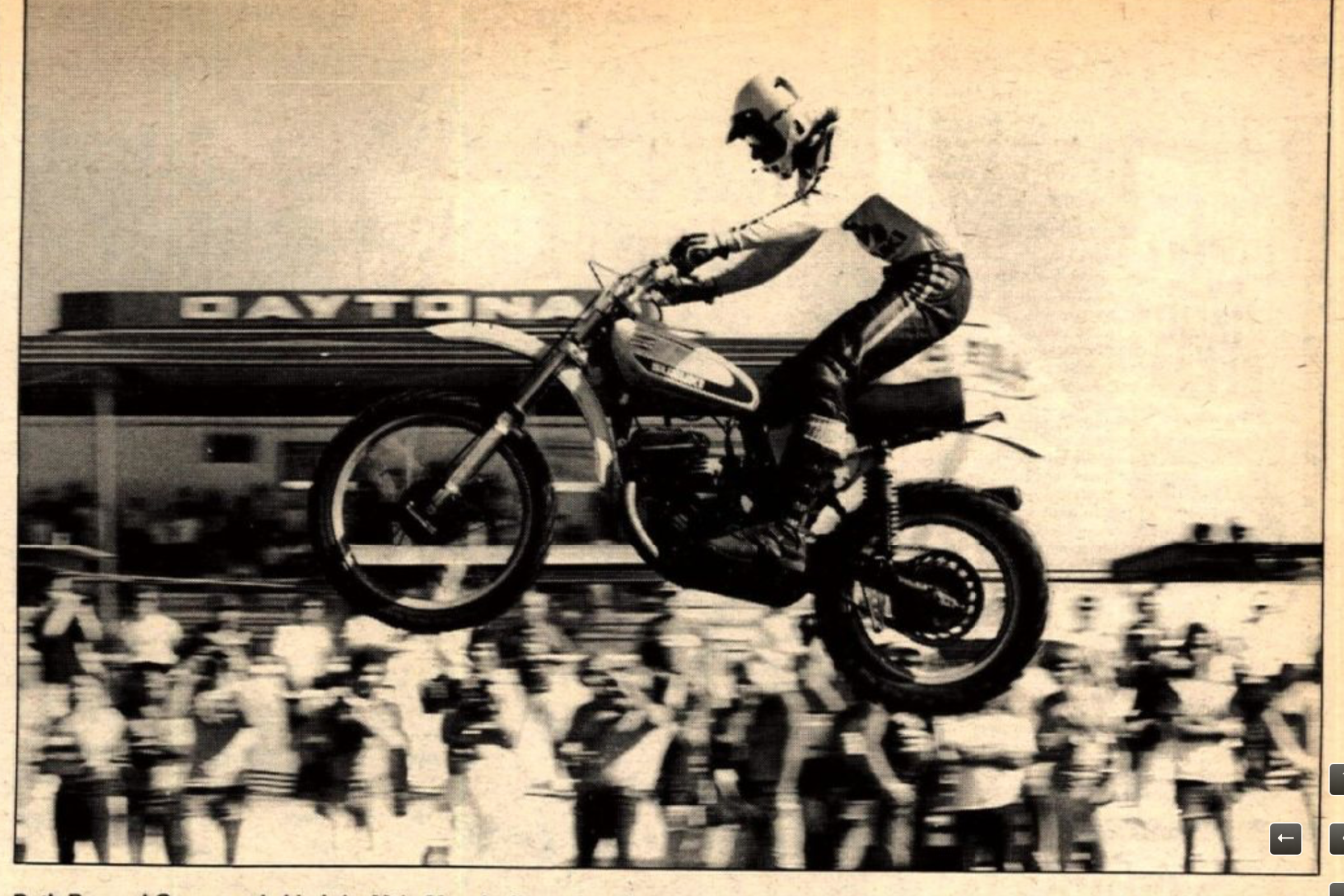 On This Day in Moto March 9

The first round of the first standalone AMA Supercross Championship began at Daytona International Speedway, dubbed the Yamaha Super Series of Stadium Motocross. The word "supercross" had yet to be coined, and the tour would consist of only three races: Daytona and the following weekend doubleheader in the Houston Astrodome. There were two classes, and they ran three motos each. The 250cc Class was won by Yamaha's Pierre Karsmakers aboard a YZ250 Monoshock. The 500 Class was won by Suzuki's Roger DeCoster, who was actually on holiday while training for the upcoming FIM Motocross World Championship.

It’s the 50th year for the Daytona 200, but not the Daytona SX, which basically started in 1971. The winner in the 21st Daytona SX was Team Honda's Jeff Stanton, giving him three Daytona wins in a row. Stanton topped Kawasaki's Jeff Ward (who somehow never won Daytona) and French import Jean-Michel Bayle, who crashed off the start in the 30-man field.

At the opening round of the 250cc FIM Motocross World Championship in Johannesburg, South Africa, French Yamaha pilot Jacky Vimond took the overall win with 1-3 scores to the Swedish rider Jorgen Nilsson's 4-1. American ex-pat Jim Tarantino, who lives in South Africa, finished third in the first moto and ended up sixth overall.

Bob "Hurricane" Hannah notched what would turn out to be the last AMA Supercross win of his career with a run to the front at the Daytona Supercross, leaving him with what was a record 27 career wins. Unlike the other rounds in 1985, Daytona did not have two main events, but rather just one 12-lap main on the extended course, with a 40-rider main event for the 250 Class. Hannah started out behind Yamaha's Keith Bowen, Kawasaki's Jeff Ward, and his Honda teammate David Bailey. Bowen pulled out, Bailey hit a downed rider, and Hannah overtook Ward for the win.

Today is the birthday of Malcolm Smith, the off-road and desert icon and the star of the Oscar-nominated motorcycling documentary On Any Sunday, also starring Mert Lawwill and Hollywood superstar Steve McQueen.