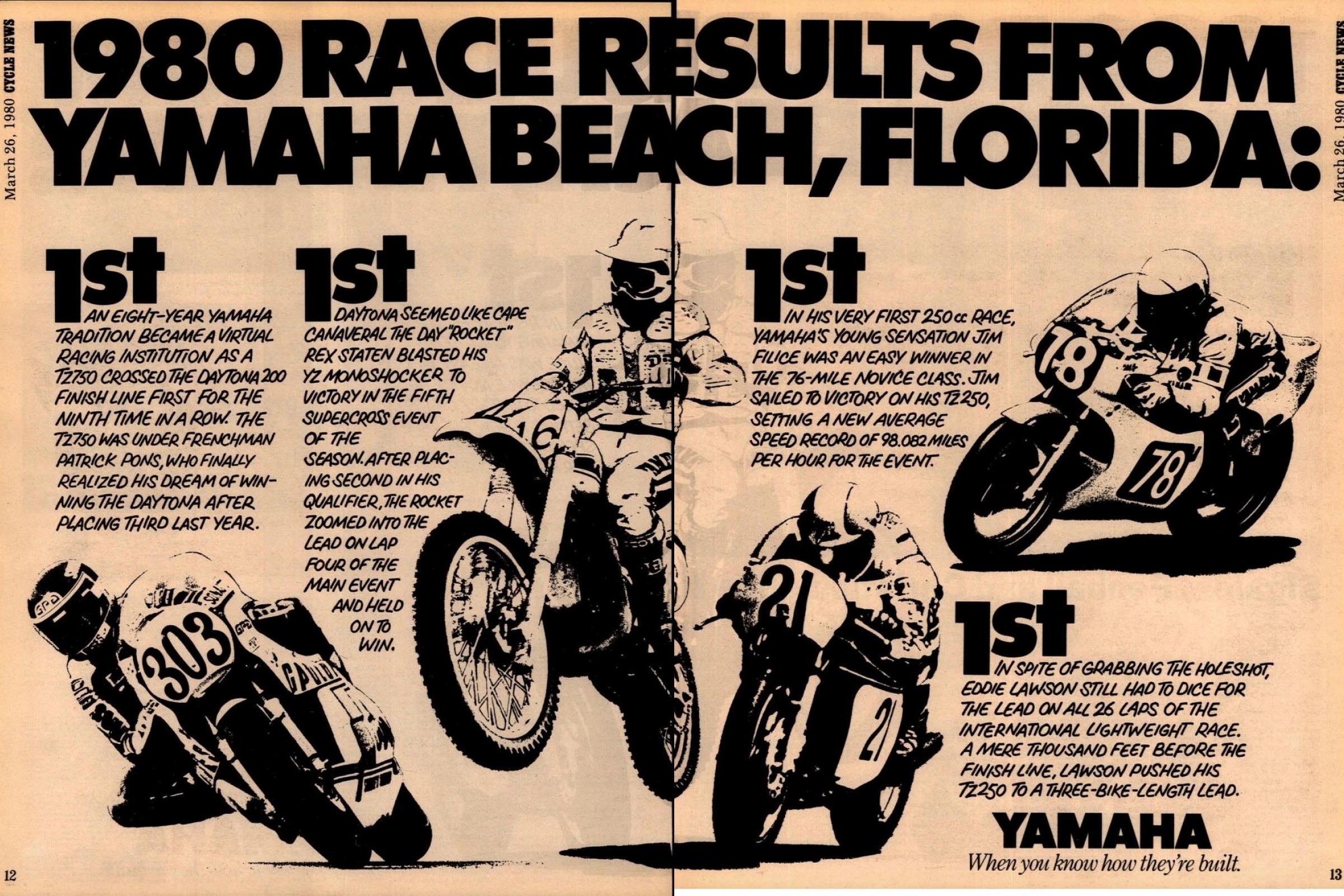 On This Day in Moto March 8

Monster Energy Kawasaki's Ryan Villopoto, stung by the bad reviews of his MXGP debut in Qatar eight days earlier, went all-in at the second round of the FIM Motocross World Championship in Thailand, winning the first moto with authority and then placing third in the second to claim the overall win. It would turn out to be the last professional win of the sure-pick AMA Motorcycle Hall of Famer's career.

At the GNC Spring National at Lake Whitney Cycle Ranch in Texas, Kawasaki Team Green's Jeff Emig was the big winner in the Senior Minicycle classes, taking five of six moto wins in his three events. Only John Kitsch II kept Emig from making it a clean sweep. The big winner in the 125 and 250 Pro classes was Lowell Thompson, also a Kawasaki Team Green rider. Other standout riders at the event included Damon Bradshaw, Eddie Hicks, Jeff Matiasevich, and Denny Stephenson.

Can-Am's Jimmy Ellis won the opening round of the 1975 AMA Yamaha Super Series of Motocross, which is now known as Monster Energy AMA Supercross. Ellis topped Honda rider Rich Eierstedt and Husqvarna rider Kent Howerton. The race had a three-moto format, and Ellis' scores were 6-1-2. Howerton won the other two motos, but his middle moto doomed his chances to win with a 1-11-1 tally.

In the 125 Class, Ricky Carmichael crashed all over the place in his first tussle with the Daytona track and he ended up sixth behind Yamaha's John Dowd, Suzuki's Tim Ferry, Pro Circuit Kawasaki's David Pingree, Honda's Scott Sheak, and Yamaha-mounted Jeff Willoh.