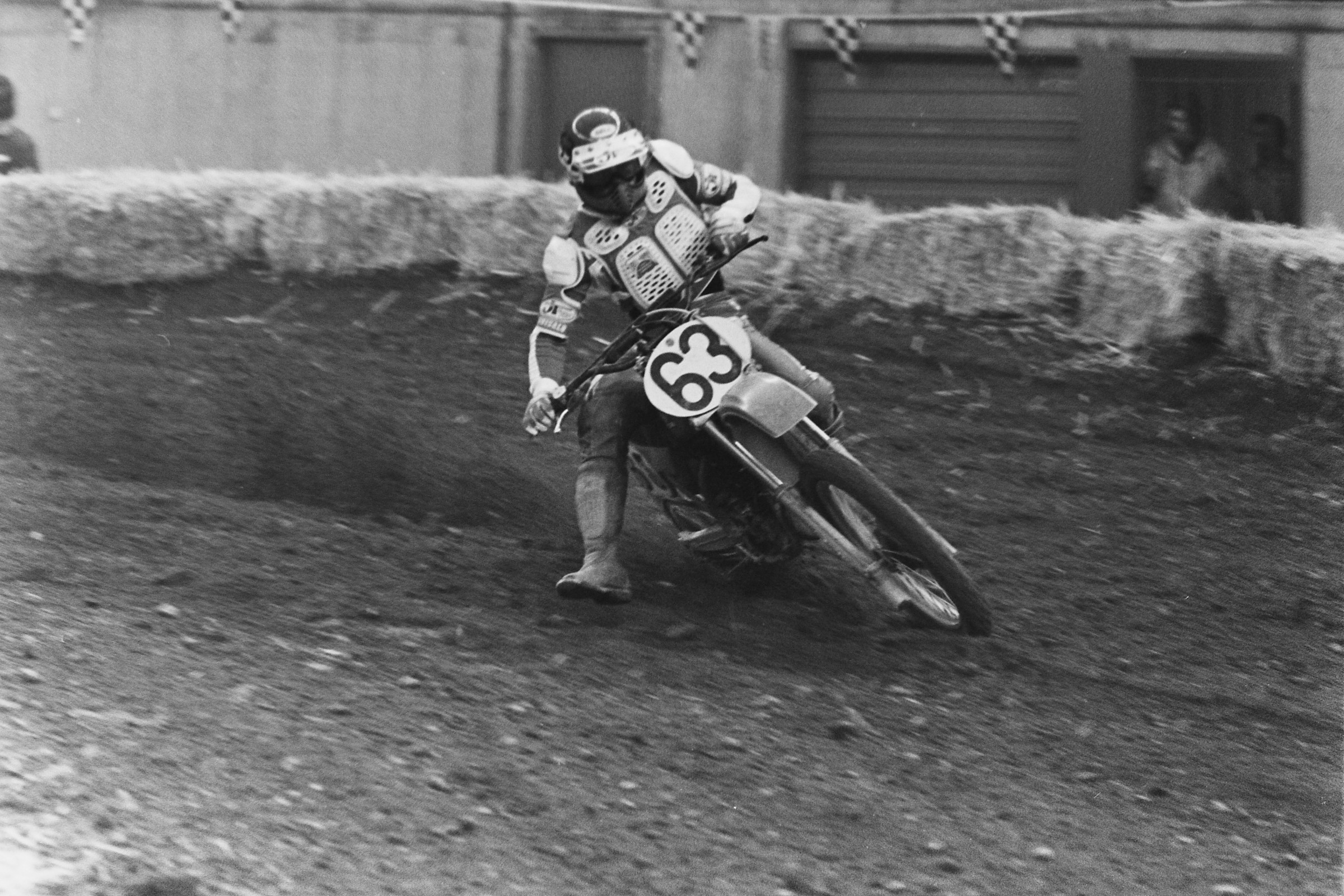 On This Day in Moto March 1

Chuck "The Rising" Sun won his one and only supercross on this day in 1980 at Atlanta's old Fulton County Stadium. Sun, a renowned mud rider from Oregon and a future AMA Motorcycle Hall of Famer, put his skills to work on the wet, cold night in Georgia to score the win. Finishing a career-best second was Suzuki's Brian Myerscough, with two more Suzuki riders, Mark Barnett and Danny LaPorte, finishing third and fourth.

The opening round of the 1987 AMA National Motocross Championship took place at Gatorback Cycle Park in Gainesville, Florida, and the big winners were Honda's Rick Johnson (250) and Suzuki's George Holland (125). RJ went 1-1 and then told the crowd, "I want to be the best motorcycle racer who ever lived!" He was folowed by Yamaha's Keith Bowen and Kawasaki's Ron Lechien and Jeff Ward.

In the 125 class Holland did not win a moto, but a steady 2-2 earned him the overall and the early points lead. The moto winners were a pair of privateer Honda riders, Ricky Ryan and Larry Brooks. Ryan topped Holland and his Suzuki teammate Donny Schmit in the first moto; Brooks, sixth in the first moto, ran off with the second moto win and placed second overall.

Meanwhile, up in New York City, a World Sports/NHRA National Arenacross Championship race was being held in Madison Square Garden, and the big winners were West Virginia's "Flyin''" Mike Bias in the 125 class and Ohio's David Hand in the 250 class.

At the last-ever AMA Supercross at the RCA Dome in Indianapolis, Yamaha-mounted Chad Reed got his sixth win in the first nine rounds of the 2008 AMA Supercross Championship. Josh Hill grabbed second and Honda's Andrew Short was third.

In the 250 Class, Monster Energy/Pro Circuit Kawasaki's Adam Cianciarulo was the winner, with his teammate Martin Davalos second and GEICO Honda's Justin Bogle third. It was the second win of the year for the SX rookie Cianciarulo.