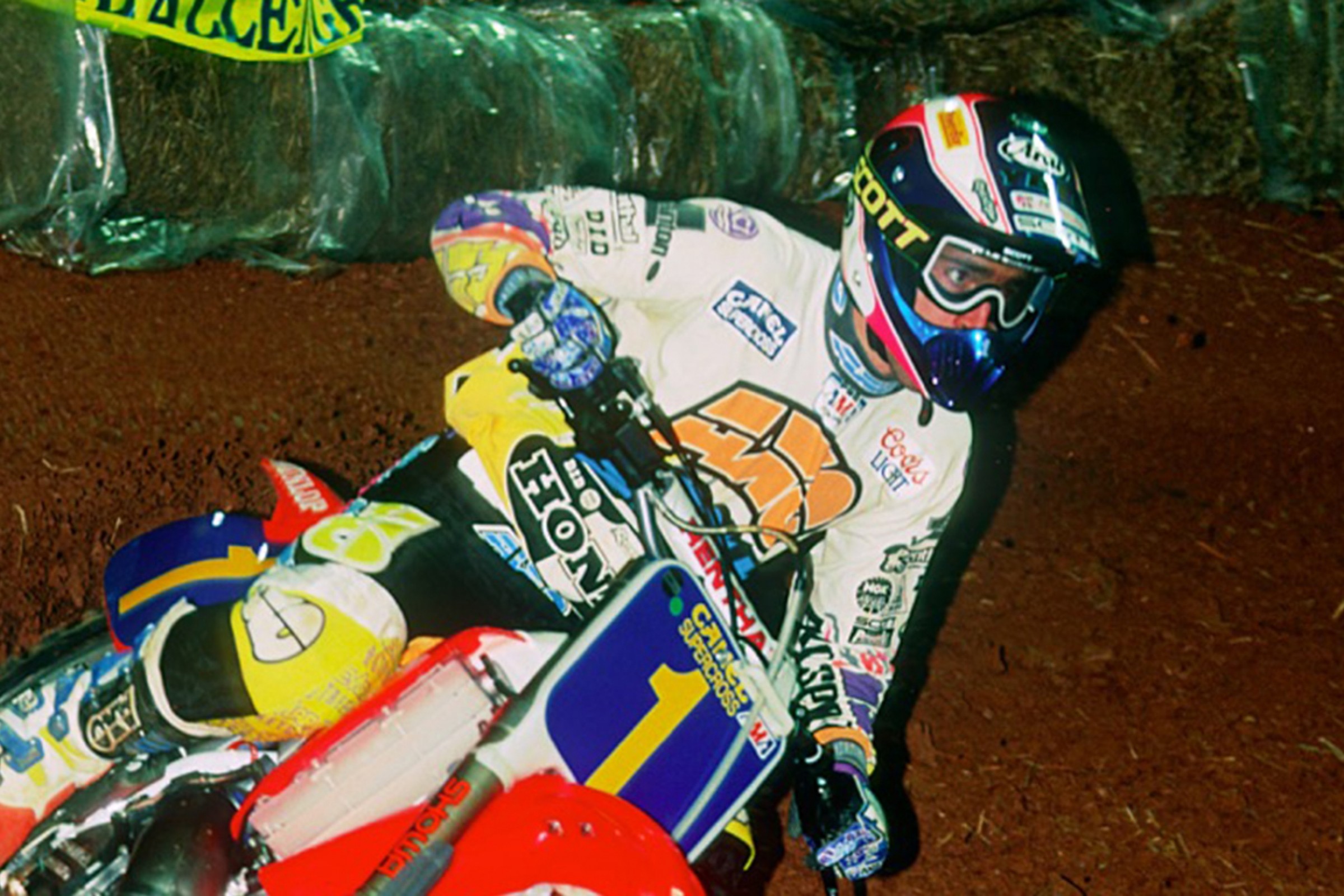 The year was 1993 and Jeff Stanton was supposed to win another AMA Camel Supercross title (yes, the series sponsor back then was a cigarette brand). He had finally shed his bitter rival/Honda teammate Jean-Michel Bayle, who had moved over into road racing. He also had Damon Bradshaw’s number, the man he snatched the ’92 title away from at the last round of the series. Yet 1993 was something of a bust for Stanton, who would win just one race, the Las Vegas round. Stanton, along with everyone else in the 250 Class, was caught off-guard by the arrival of rookie sensation Jeremy McGrath at the front of the pack.

McGrath would win ten rounds and run away with the series title, leaving veterans like Stanton and Bradshaw shell-shocked. McGrath was the new King of Supercross, and after 1993, neither Stanton nor Bradshaw would win again.