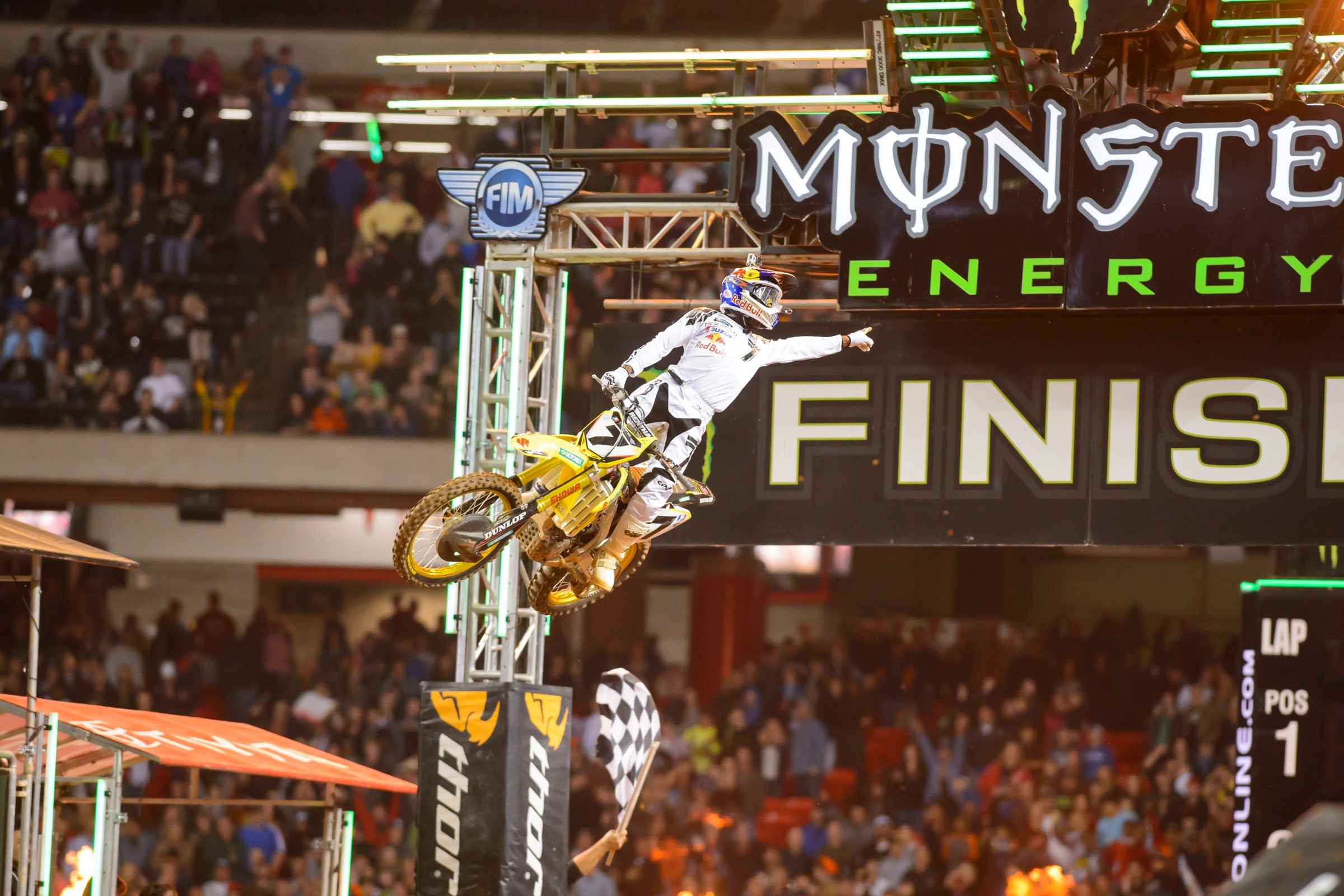 On This Day in Moto February 23

Mark Barnett scored his one and only professional victory aboard a Kawasaki when he went 2-2 to take the win at the Atlanta Supercross at its old venue, Fulton County Stadium. The Bomber had spent his entire career to that point aboard a Suzuki, and with the yellow brand he claimed three AMA 125 National Motocross Championships as well as the '81 AMA Supercross title. Honda's Ron Lechien and Barnett's Kawasaki teammate Jeff Ward finished second and third. The moto winners in Atlanta that night were Ron Lechien, who went 1-4, and Yamaha's Broc Glover, who went 10-1.

"The Beast from the East," Damon Bradshaw, got a popular win in the Southeast when he won the Atlanta Supercross, stopping the series domination to that point of Honda riders Jeff Stanton and Jean-Michel Bayle, who had split the first five wins of the '91 AMA Camel Supercross Series. JMB and Stanton did, however, finish second and third to keep their battle for the points lead going. This race marked the next-to-last in Atlanta’s Fulton County Stadium, which first hosted AMA Supercross in 1977.

Another Atlanta race—this one in the Georgia Dome—and another win for Honda's Ricky Carmichael as he continued to try to dig his way out of the early points hole he was in after crashing out of Anaheim 1. Yamaha riders David Vuillemin and a rejuvenated Jeremy McGrath went 2-3.

At the Sacramento round of the AMA National Arenacross Championship, presented by Speed Stick, Canada's Darcy Lange took full advantage of the demise of Damon Bradshaw's season when Bradshaw broke his leg. Lange swept all four weekend mains at Arco Arena.