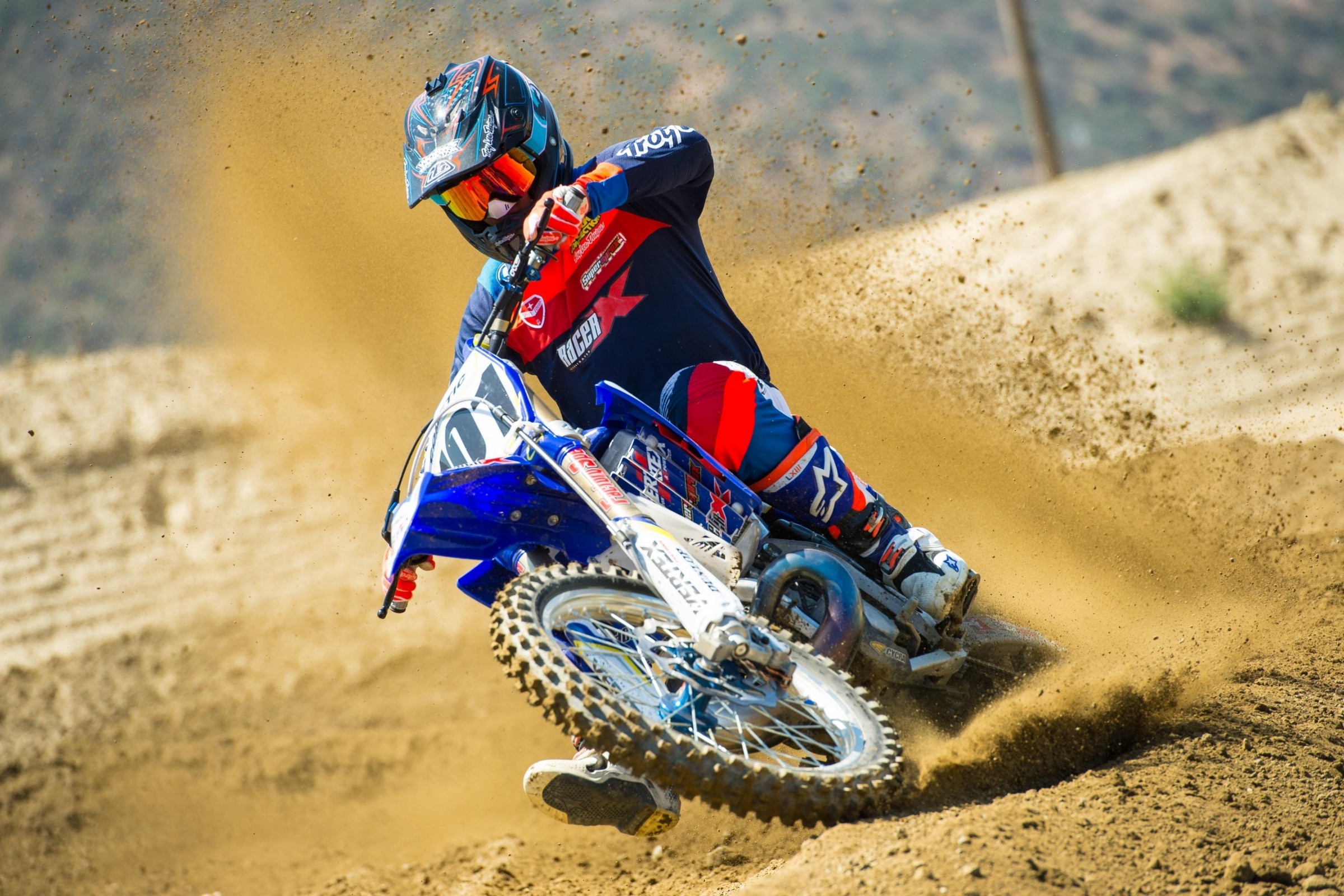 Always love reading the column and your honest opinions. I see a few situations developing and wanted to get your insider knowledge on it, and I'll just say at the start here, I'm not knocking anyone. How do teams deal with the "lead” or “main" guy not doing so well? We have seen Justin Barcia have a real resurgence so far this year, which is great, but Yamaha brought in Cooper Webb to be its next big thing and ever since getting on the 450, he seems to not really be comfortable or showing his true potential. I know this will be killing him because he has the big contract and Barcia was brought in as a replacement and is doing better than him, and now it's resulted in Barcia getting a ride all year. So, does the team put more pressure on Cooper? Also, do you think this was a factor in Millsaps retiring? I see the same trend happening at Honda with Cole Seely doing so well, but I know that is a little bit more of an exception because of the severity of Ken's injury and it's clear he's not himself yet. Thanks in advance.

I don’t think the team is putting more pressure on Cooper, but I’m sure he’s putting plenty on himself. These situations can get extremely weird under the tent. Despite what these guys may say in an interview, it’s tough on the ego to have a fill-in guy beating you each and every weekend. Carson Wentz still got a Super Bowl ring even though Nick Foles actually did the work at the end of the season for the Philadelphia Eagles. But I don’t think Barcia has plans to share his bonuses with Cooper after the Vegas finale. Egos are fragile, and whether they like to admit it or not, the top riders believe that there is a pecking order on the track and under the team awnings. When a rider like Barcia or Seely outshines the superstar on the team, there is definitely tension. As far as Millsaps goes, I think he was generally concerned for his own health and he had no interest in returning. He’s had a long, successful career and made a grip of money in the process; this last concussion made the decision easy for him.

Every year it seems some 250 riders get hurt before the start of the SX West season and get bumped to the East. Then some poor soul (Alex Martin this year) gets hurt at A1 and is out until after the East break. Would it not be fair to let riders like him, who scored no points in the West, switch to the East?

Also, regarding the current debate on whether pro riders should be required to wear upper body protection: yes, they should. Back (read: spine) protectors have been required in road racing forever, and next year airbag suits will be required in MotoGP. Hopefully that technology will trickle down to dirt bikes soon, because it really does protect a rider’s neck and upper torso without making him look fat—which, you have to admit, is the real reason pro riders don’t wear chest protectors.

Vanity can be a real bitch, especially when you get hurt because you wanted to make sure you looked thin on a dirt bike. You nailed it, though—riders don’t want to look fat, though there is also a comfort component involved. However, chest protectors have gotten really thin and form-fitting so that you barely notice them under a jersey.

I agree with your West/East idea. In fact, that’s the way it used to be. In 1997, Ricky Carmichael and I were racing the East Region for the Pro Circuit/Splifire/Kawasaki team, but we lined up and raced the season opener in Los Angeles to get some laps in on a real track. The rule back then stated that you could switch coasts as long as you weren’t in the top ten in points at any time. Our only order from Mitch was to stay out of the top ten in the main. The whole thing led to some drama when I traded my starting position with Casey Johnson after the parade lap because I had a better gate pick. The mechanic next to me, who happened to be one Kenneth Watson, started losing his mind and screaming for an AMA official. The race was held up until they got us back in our original gates. I was pissed at that point so I decided I was going to pull the holeshot in the main, lead for a few laps and then pull over and let everybody go by. Well, I had a good jump but ended up tangling with somebody and going down in a pile in the first turn. Come to think of it, that night could be the reason they changed the rule. Ha!

Anyway, if you don’t score any points at the opening West Coast rounds, you should definitely be able to ride the opposite coast. You listening, AMA? As far as the air bag suits, I guess we’ll see how they work in road racing first. I like the concept, but dirt bikes could be more difficult to perfect. From what I understand, those guys are tethered to the bike like a jet ski kill switch, and when they pull the cable, the suit inflates. How would that work if you tip over in the corner and roll away from your bike and instantly puff up like the Michelin man? Like I said, let’s see how it goes on the road first.

So here it is in a nutshell… concussions suck. I recently suffered one while practicing for a race around the same time Justin Bogle did and I am still not 100 percent, and I may never be. It’s a frightening event and is made more so by the misconceptions, media hype, and lack of real science. With that said, why are all these athletes so secretive about concussions? Is it team orders, sponsorship concerns, or just the stigma of being labeled bananas or a Bellevue Benny?

I know a lot of guys like myself, who grew up in a walk-it-off generation, could benefit from some light being brought to this subject. I mean, until I went through Post-Concussion Syndrome myself, I was ready to knock down Bubba's door and tell him to man up. Then you learn about why Ryan Morias really retired and now Davi Millsaps and it really adds to the mystery.

Thanks and much respect,

I believe much of the deafening quiet is due to the fact that there aren’t many concrete answers. Bones, ligaments, and other soft tissue can be repaired and replaced—even vital organs! But the brain is still somewhat of an enigma in the medical field. Doctors can’t just go in and “fix” an injury to the brain. Our best answer is to cut an opening in the skull to allow it to swell when we hit it too hard; seems a little crude when you consider the fact that we can interchange nearly every other major organ with a cadaver organ.

In motocross specifically, riders don’t want to get a reputation as a rider with multiple traumatic brain injuries (TBIs). There is no question that repeated concussions have a negative effect on concentration and make it easier to get knocked out again… not exactly qualities that teams are searching for in a rider. The use of Ritalin and other stimulants has helped with focus and concentration issues in athletes with TBIs, but there are still other effects. The brain is complex and injuries to it should be taken very seriously. The hard part is that riders may feel okay long before the brain has completely healed itself, and it’s very difficult to know when that is. The best advice is to err on the side of caution. I destroyed my knees racing, so I limp when it’s cold and I may need a replacement in the future. It’s a little more complicated with a brain that is beaten up from years of abuse.