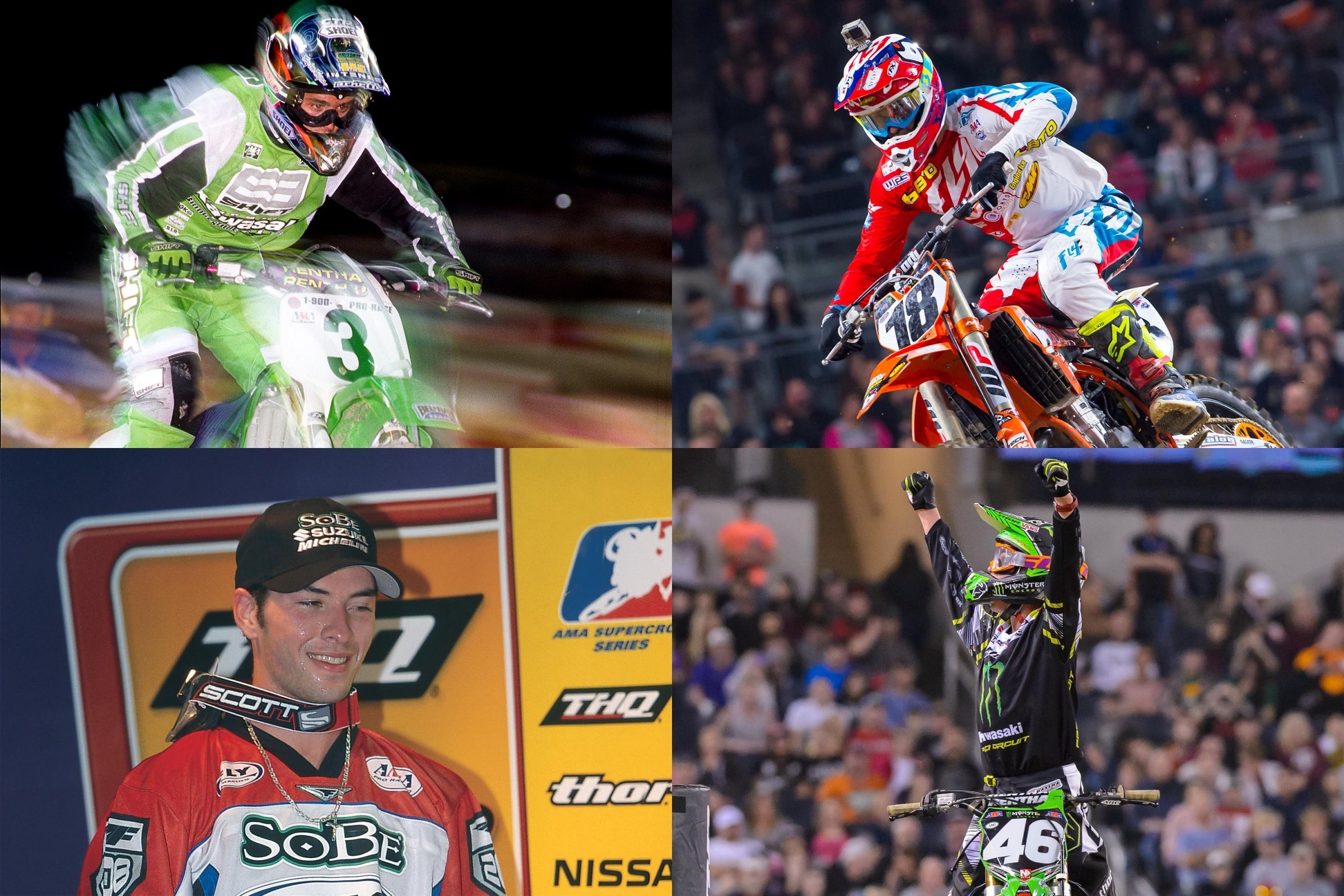 On This Day in Moto February 15

Davi Millsaps is born in Florida. He will go on to a successful amateur career that sees him turn pro on this very day in 2004. Unfortunately, in 2004 February 15 was a Sunday, which meant Millsaps, already a Suzuki factory rider, would have to miss the East Region opener in Houston, which took place the day before. There was a talk of a court order to allow him to race as a 15-year-old but the rules held tight and Millsaps would have to wait until the following Saturday in Minneapolis to make his debut. Unfortunately, the pressure seemed to get to him and he struggled to finish 14th. One week later in Atlanta, he did even worse, finishing 21st. Some were thinking that this prodigy might turn out to be a dud, but then Davi pulled it together and finished second at Daytona, righting the ship and becoming a top pro for years to come. He would also win the 2006 AMA Supercross East Region Lites title. Over the years Millsaps would ride for a variety of teams and win plenty of races. Just last week Millsaps called it a career and announced his retirement, stepping away from the Monster Energy/Knich/Factory Yamaha team. And today Davi Millsaps is 30. Happy birthday!

Team Kawasaki’s Jeff Emig wins his second AMA Supercross in three weeks at the Indianapolis round. Emig, the reigning AMA 250cc Motocross Champion, topped local hero Mike LaRocco on a Suzuki and Doug Henry on a Yamaha YZ250. The 125 Class win would go to the veteran John Dowd, making him the oldest person at that point to win a 125cc Supercross. He would move up the date a few times in the years to come, but the Junkyard Dog still owns that record!

In the 125 East Region opener Suzuki rider Branden Jesseman took the win in Minneapolis’ Metrodome over Yamaha of Troy’s Brock Sellards and Amsoil/Factory Connection Honda rider Michael Byrne. In the 250 Class reigning two-time champion Ricky Carmichael captured the victory, rebounding from a loss the previous weekend to Yamaha’s Chad Reed. Kawasaki’s Ezra Lusk and Yamaha’s Tim Ferry were second and third, while Reed had an off-night and finished sixth.

In his first-ever Monster Energy AMA Supercross race, Adam Cianciarulo wins the 250SX East Region opener at AT&T Stadium in Arlington on his Pro Circuit Kawasaki over teammates Blake Baggett and Martin Davalos. Cianciarulo joined a very small club of first-race winners. How many can you name?

Team Kawasaki’s Jeff Ward, still trying to dig out from a disastrous opening night to his season when he did not qualify at Anaheim, gets a big win at Seattle’s Kingdome. Following him were Honda’s Rick Johnson, Yamaha’s Broc Glover, Kawasaki’s Ron Lechien, and Honda’s David Bailey.

Darrell Shultz won the second night of the Seattle Kingdome doubleheader, giving him a weekend sweep. Schultz was also atop an all-Suzuki podium as his factory Suzuki teammates Mark Barnett and Kent Howerton finished second and third. All told, 1981 was the best year ever for Suzuki in AMA Supercross, as the trio of Barnett, Shultz, and Howerton won ten out of the 12 rounds, and Barnett claimed the title.