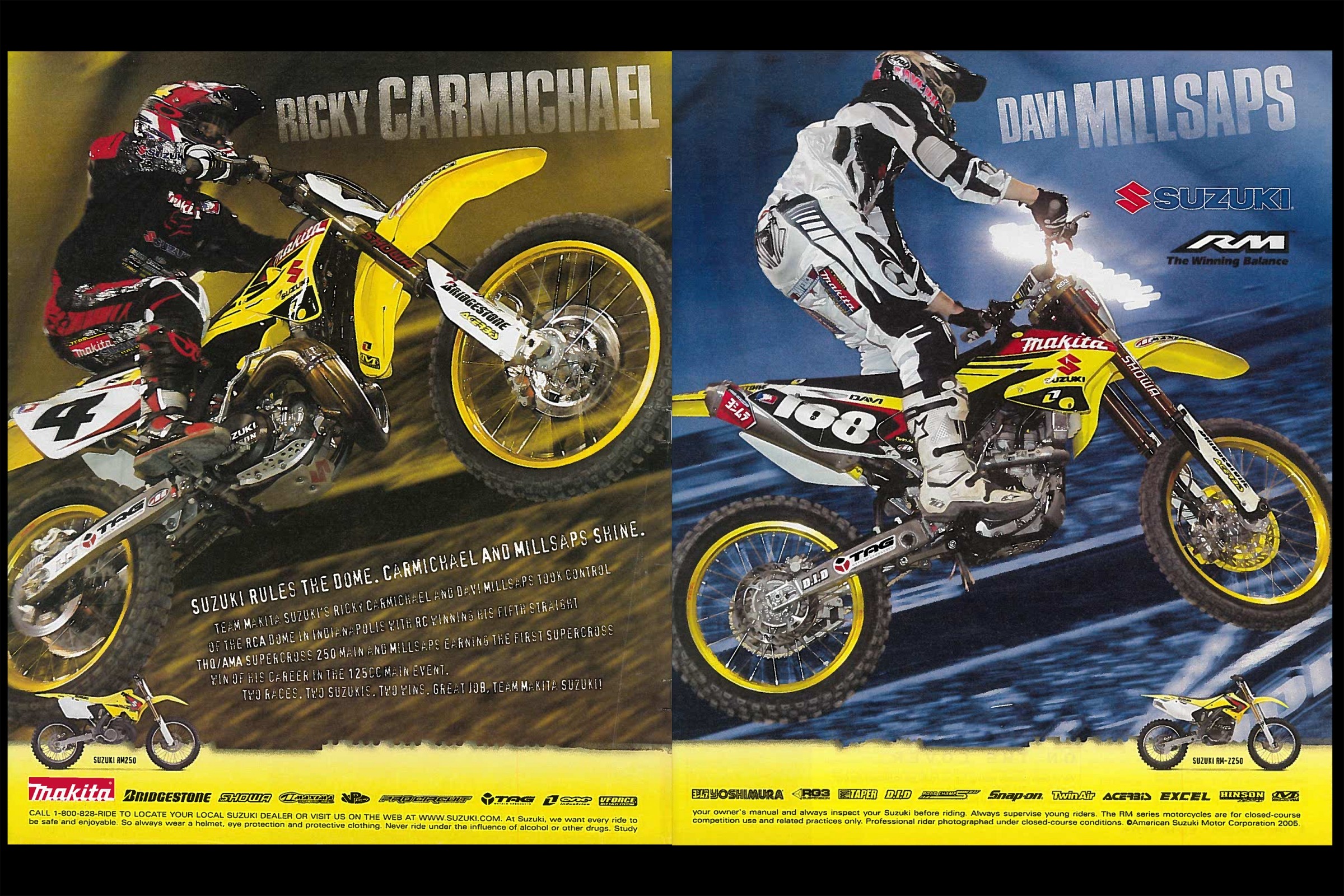 On This Day in Moto February 12

Future AMA Motorcycle Hall of Famer Mike LaRocco was born in Indiana. The Rock would rise up through the amateur ranks as a top Midwest talent and then turn pro in the late eighties with help from Yamaha. On April 9, 1988, LaRocco would win the first AMA 125 Supercross he ever entered at the Pontiac Silverdome. From there, he would enjoy one of the longest careers in the sport’s history. As a matter of fact, when Chad Reed lines up this weekend at Arlington Supercross, he will tie LaRocco’s all-time record of AMA Supercross starts. LaRocco won two AMA National Motocross Championships in his career, including the last-ever 500 National title in 1993. He finally retired in 2006. Until this season, he served as team manager for GEICO Honda.

But the bigger story of this race was the 125 Class, the start of the East Region, and the first AMA Supercross for the wildly popular Travis Pastrana. A prodigy of Suzuki ever since he got on 80s, Pastrana was already one of the most well-known action sports athletes of all time due to his appearance in the previous summer's X Games in San Francisco, where he launched his motorcycle into the bay after winning the first-ever gold medal in Freestyle Motocross. Pastrana was heavily favored to win at the RCA Dome, but he ended up crashing not only in the first turn, but also on the parade lap—he tried to do an Indian Air seat grab over the finish line doubles and missed the landing! Pastrana actually crashed several times, but he still managed to finish an impressive fourth.

The winner for the one and only time in his AMA Supercross career was FMF Racing Honda's Michael Brandes, who rode a very smart and calm race to take the win from his teammate Brock Sellards and Suzuki-mounted Tyler Evans.

Honda's Trey Canard took a popular win at the Houston Supercross over Rockstar/Makita Suzuki's Ryan Dungey and Monster Energy Kawasaki's Ryan Villopoto. It was the first-ever 450SX win for the Oklahoma native, who was a rookie in the class in 2011.

After four straight wins to start his first title defense in AMA Supercross, Team Honda's Jeremy McGrath finally lost at the fifth round in Tampa. The winner was Team Yamaha's Mike Craig, the father of current GEICO Honda rider Christian Craig. It was the one and only win of Craig's AMA Supercross career. Kawasaki riders Mike Kiedrowski and Mike LaRocco ran second and third, with McGrath fifth after an early spill.

The 125 Class winner was Suzuki's Ezra Lusk, followed by Kawasaki's Robbie Reynard (a career-best finish for Robbie, one of the fastest riders never to win a supercross main, along with Steve Lamson and Mike Alessi, to name a couple). Finishing third was Lusk's Suzuki teammate Jimmy Button.

On the first night of the Seattle Kingdome doubleheader, Team Honda's Bob Hannah and David Bailey went 1-2 ahead of Kawasaki rider Jeff Ward and Suzuki-backed Alan King. Finishing last in the main event after a big crash was Honda's Danny "Magoo" Chandler.