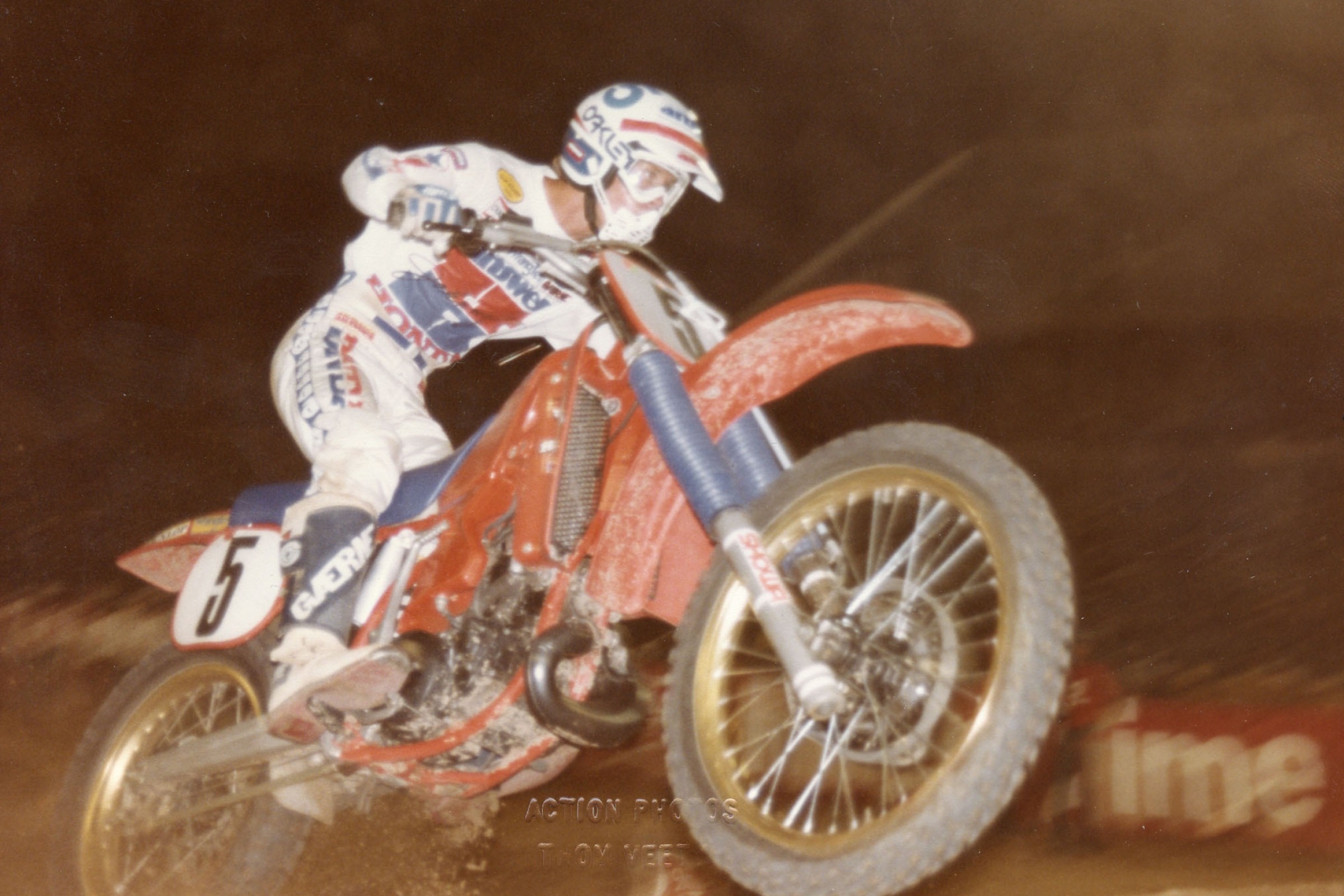 On This Day in Moto January 28

French teenager and reigning 125cc World Champion Jean-Michel Bayle made his AMA Supercross debut at the Anaheim opener. Riding a Pro Circuit-backed Honda CR250, the mostly unknown Bayle lands on a hay bale in early traffic, immediately ending his race. He is credited with a 21st-place finish and zero points. But within five weeks, the ambitious Bayle, who was only here in the U.S. through the Daytona SX, would work his way up to a second-place finish behind Honda's Rick Johnson at the fifth round in Miami. He also announced that he would be moving to the U.S. full-time as soon as the 1989 FIM 250cc World Championship ended in September. By that point, he would have added the 250cc world title and the Gatorback 250 National win to his resume. Needless to say, he would soon be very well known in America.

Jeremy McGrath raced his first AMA Supercross race aboard a Honda CR125. The place? Anaheim, of course. McGrath would wind up eleventh that night, his worst finish of the season.

Team Honda's Johnny O'Mara wins the Anaheim Supercross opener and finds himself in the perfect spot to win the AMA/Wrangler Supercross Series. In each of the previous two seasons, a Honda rider won his first AMA Supercross at Anaheim, then went on to win the title. In 1982, it was Donnie "Holeshot" Hansen; in '83 it was David Bailey. Anaheim '84 was O'Mara's first win, too, and he would go on to become the series champion.

Hone in on those pitch words... It's all a play on Chuck Berry's early rock 'n roll song "Johnny B. Goode:" "He could ride that bike just like ringing a bell." That's good stuff!

While Jean-Michel Bayle did not do so hot in that first race, Honda riders Rick Johnson, Jeff Stanton, and Guy Cooper finished 1-2-3 at the Anaheim opener.

At the 10:20 mark of the video, you will see Bayle's big crash when he is forced off the side of the track upon take-off and lands on the hay bale: "Let's make like Jean-Michel and bail."