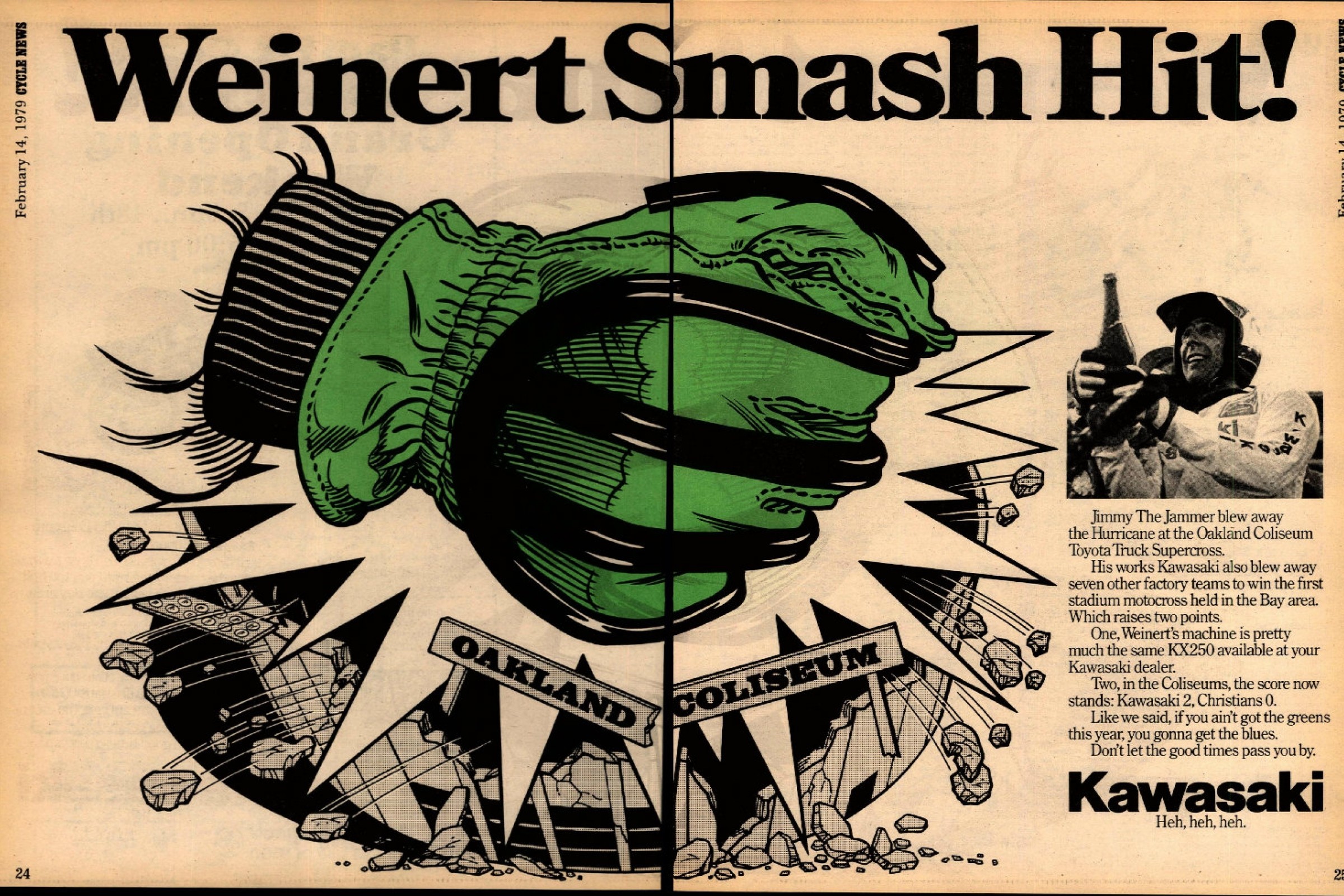 On This Day in Moto January 27

The 1978 Bel-Ray 500cc U.S. Grand Prix of Motocross aired on ABC's Wide World of Sports, even though the race actually took place the previous June. Event promoter Gavin Trippe later told Cycle News that the show received "above average ratings" and maybe even as many as 30 million viewers. Now, before you go comparing that to races today, remember that there were four channels back then—ABC, CBS, NBC and PBS—and anyone who ever had a motorcycle in America would have been watching because that's all we got back then!

And this is the date of the infamous Oakland "paddle tire" race, where Team Kawasaki's Jimmy Weinert and his mechanic Roy Turner found out the track would be made of sand, so they went out and bought a paddle tire for the race. Weinert ended up winning, and the AMA soon outlawed the tires because the roost was so intense.

Said Bevo Forti, the Czar of Motocross, "They gotta figure out if that tire is legal!" Countered Kent Howerton of Team Suzuki, "That tire didn't make a difference. Weinert was just ready to win."

Yamaha's rising superstar Damon Bradshaw, riding the 250 Class full-time despite being just 17 years old, rocked Anaheim Stadium when he grabbed the holeshot from the far outside, railing the banked turn and stealing the start. Dirt Rider's Tom "Wolfman" Webb would call it "The Holeshot From Hell" in a magazine feature later on. This was Damon's second-ever premier-class supercross—he finished third the previous year on a 250 at the San Diego round, then went back to the 125 East region and won the title there.