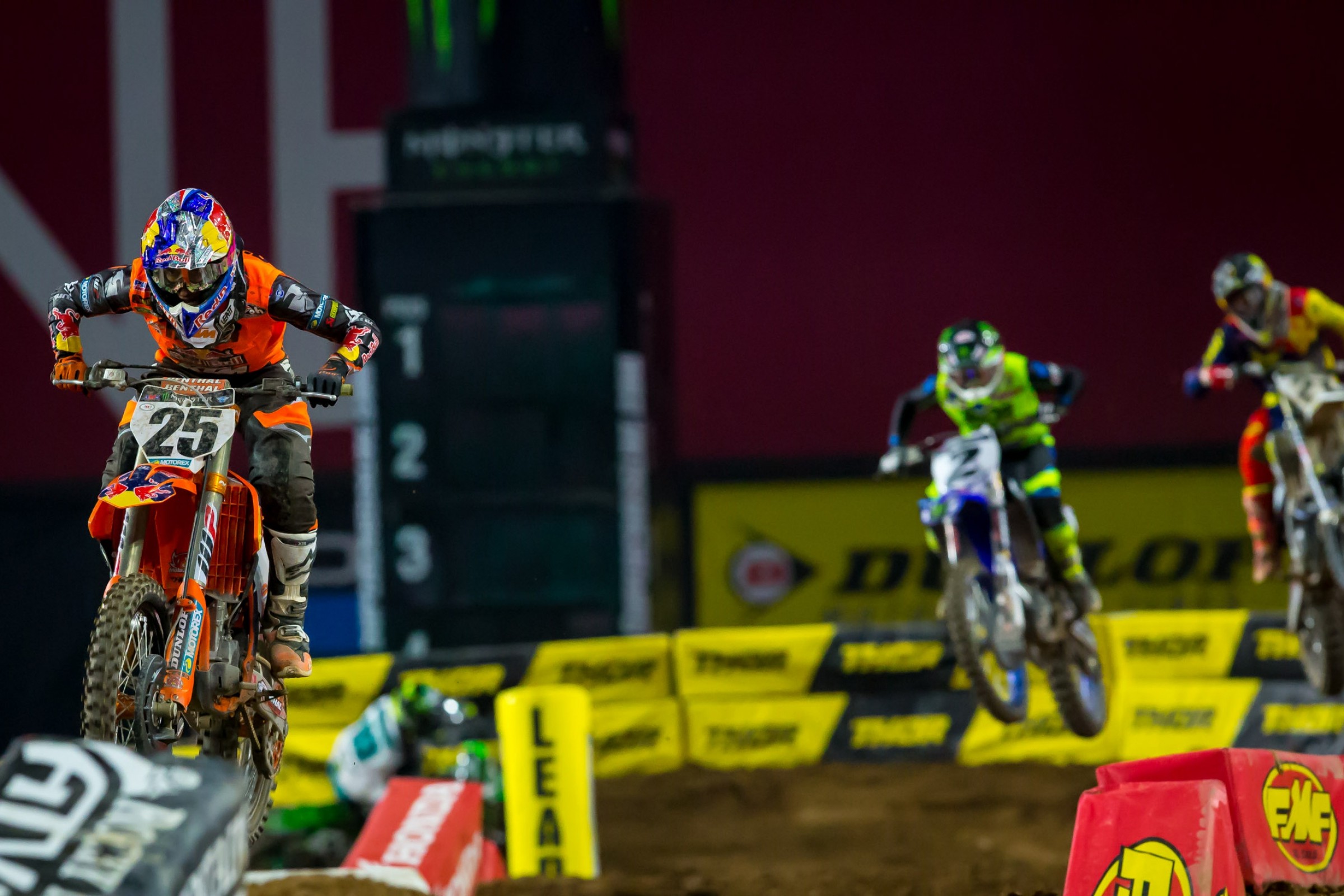 Comment: Bloss had a big crash at A1 and hasn’t raced since due to bruised lungs and a hairline fracture to his sternum. He was healed up and ready to race Anaheim 2, but then got food poisoning before the race, which kept him on the sidelines. He’s a go for this weekend.

Comment: Bogle will race in Glendale after missing the first three rounds due to injuries suffered in a pair of preseason crashes, including a concussion.

Comment: Enticknap announced on Instagram yesterday that he sustained a broken left pelvis in a practice crash. He said he broke his pelvis in three places and it will be six weeks before he can walk.

Comment: Hansen broke his foot during practice at the Monster Energy Cup. After racing Red Bull Straight Rhythm, it was determined he needed to take some time off. At time of posting, we are still awaiting an official response on Hansen’s status. If he’s not back for Glendale, expect him to be back sooner than later.

Comment: Millsaps fractured his left elbow and sustained a concussion during practice at the Monster Energy Cup. He’s out for at least the first six races.

Comment: Marvin somehow rehabbed his shoulder to the point where, seven days after injuring it in Houston, he was able to race at Anaheim 2. He was worried only about fatigue in his shoulder, and indeed had to pull out of the final main event of the night. We expect him to try again this weekend.

Comment: Dean crashed at Anaheim 1 and was unable to return that night or race in Houston. He gave it a go at Anaheim 2 and made it through the night healthy. Should be a go this weekend.

Comment: Weimer had a terrible crash before the season and fractured his right wrist, broke his left scapula and left elbow, bruised his ribs and right lung, and collapsed his left lung. He’ll make his 2018 debut in Glendale.

Comment: Alix went down at A2 and sprained his thumb. He pulled out of the competition and will miss Glendale.

Comment: Cooper is out for at least four to six weeks after a crash in Houston resulted in nine broken ribs, a hurt shoulder, and a concussion.

Comment: Forkner broke his wrist and collarbone in November. He should be ready to go for the 250SX East Region.

Comment: Martin incurred a hairline fracture to his collarbone at A1. He'll make a decision today as to whether he'll race Glendale or not—stay tuned for updates.

[Update: TLD announced on Thursday that Martin would miss this weekend. They hope to have him back for Oakland.]