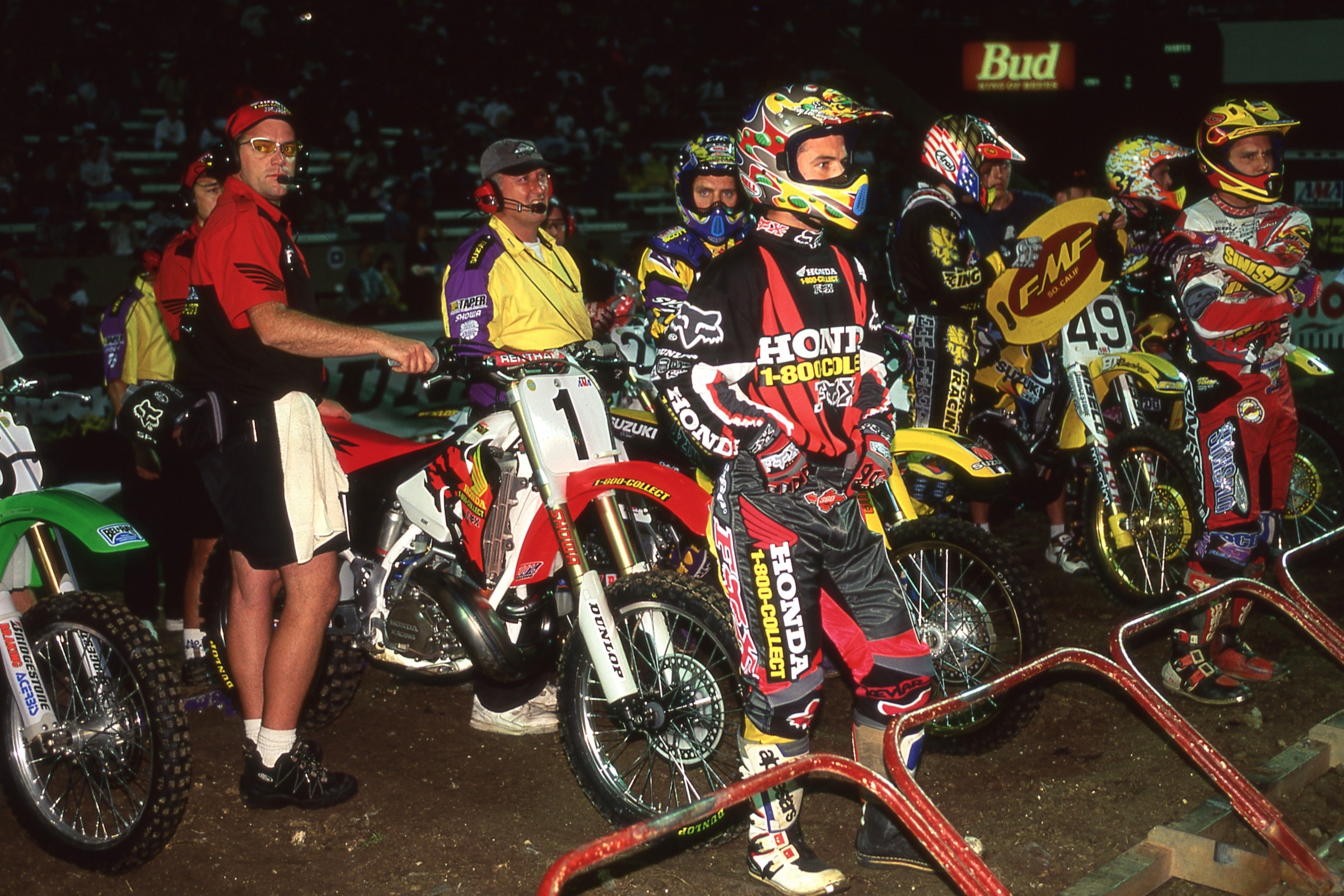 On This Day in Moto January 20

Yamaha-mounted Jeremy McGrath, the seven-time and defending AMA Supercross Champion, would earn his seventy-second, and final, supercross win in a thrilling battle with Ricky Carmichael that went all the way down to the wire. At the time, nobody would have guessed it would be the last time McGrath, who'd won the championship the previous three years, would take the checkers. Carmichael had other ideas, though, and proceeded to rampage through the rest of the season, winning every remaining race on the schedule. At Anaheim 2, he would finish a close second while Suzuki’s Kevin Windham would place third.

In the 125 Class, Yamaha of Troy’s Ernesto Fonseca took his second win in three rounds aboard the Yamaha YZ250F, with his YZ125-mounted teammate Justin Buckelew second and South African import Grant Langston, the reigning FIM 125cc World Champion, third on a KTM. It was Langston’s first AMA podium.

Cycle News reported good news for day riders at Indian Dune: the popular riding facility would not be closed during the days when the hit TV show "Baa Baa Black Sheep" was filming on the property of the 600-acre riding facility. The show starred battery pitchman Robert Conrad as Major Greg "Pappy" Boyington, leader of Marine Attack Squadron 214—known as the Black Sheep—in World War II.

In a Kawasaki sweep at Angel Stadium, James Stewart won the SX class aboard a 450 while Ryan Villopoto would top the Lites class for his second win in three rounds. His rival Christophe Pourcel, visiting from France, would injure his arm in a crash, ending his U.S. tour. He would return to Europe and, once healed, win the 2007 FIM MX2 World Championship over Italian Yamaha rider Tony Cairoli.