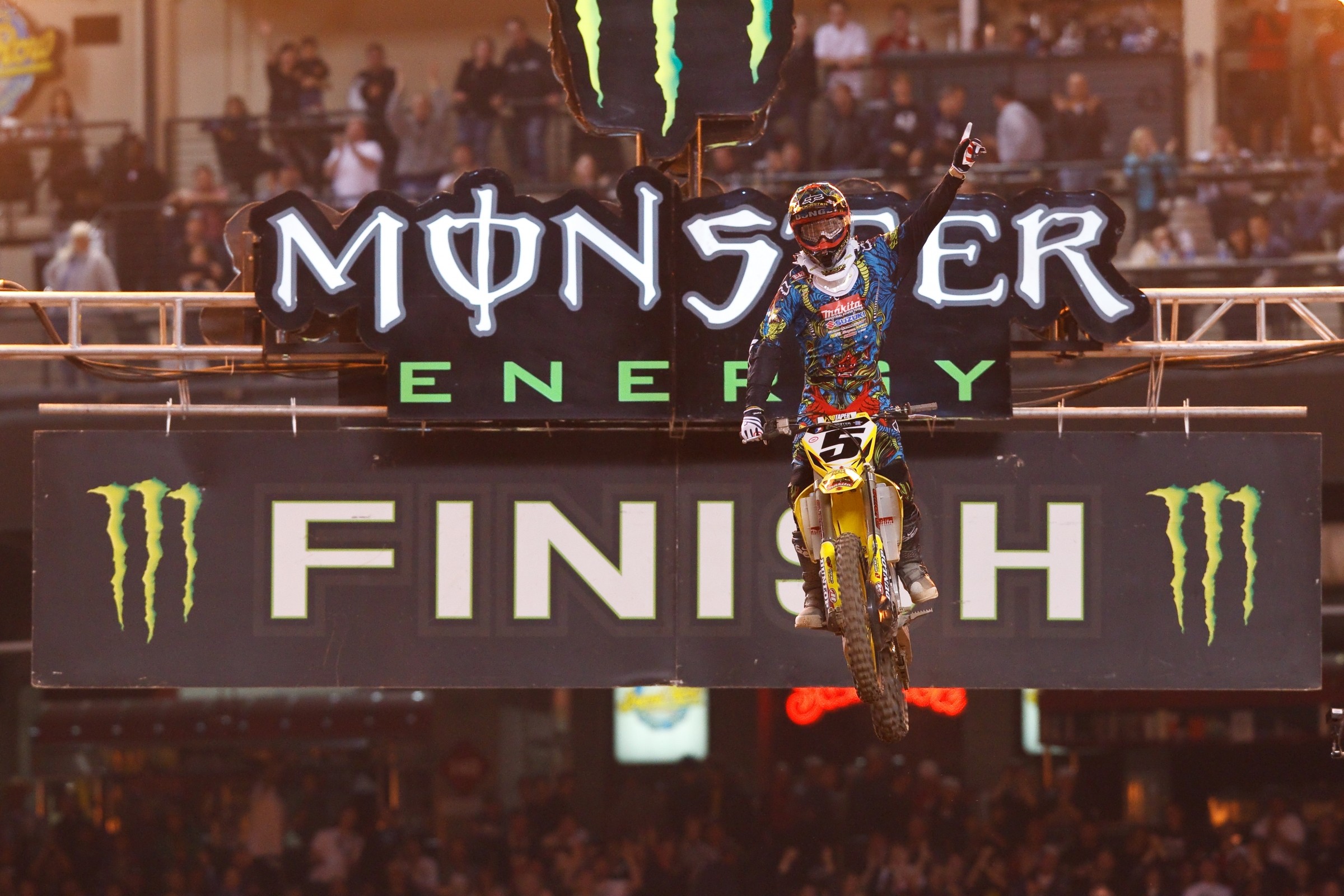 On This Day in Moto January 16

In his second race for Team Honda, Bob "Hurricane" Hannah won the 250 Pro class at the Lake Madera round of the CMC/Preston Petty Products Golden State Nationals, leading Honda team manager Roger DeCoster to tell Cycle News, "I am very happy with Hannah. It will be a good season."

DeCoster, who battled Hannah throughout the latter half of the seventies in the annual Trans-AMA Series, was now teamed with his former nemesis, as well as David Bailey, Johnny O'Mara, and Danny "Magoo" Chandler on Team Honda. Bailey finished third at Lake Madera, with Yamaha's Broc Glover taking the middle spot on the podium.

Team Yamaha's Damon Bradshaw won the Houston Supercross at the Astrodome. Suzuki's Guy Cooper and Honda's Jeff Stanton—the man who edged out Bradshaw for the 1992 AMA/Camel Supercross Championship—rounded out the podium. Bradshaw also left the race with the series' lead after round-one winner Mike LaRocco finished sixth in Houston. It appeared Bradshaw was ready to take control of the series, but no one could have realized at the time that it would be Bradshaw's second-to-last-ever AMA Supercross main event win. Lurking in fourth was the man who, one week later, earned his first of many, many SX wins: Team Honda's 250cc rookie Jeremy McGrath.

The Houston 125cc event is a rare combined East/West race and the winner came from the West, Splitfire/Pro Circuit Kawasaki's Jimmy Gaddis, with Suzuki's "Factory" Phil Lawrence second and Honda's Doug Henry third. It was a monumental win for Pro Circuit, which had been jettisoned from Honda and picked up minimal Kawasaki support at the last moment. The Kawasaki/Pro Circuit relationship would blossom into the most successful in the history of the class.

Read that whole tale here in our Season on The Brink.

Then-Suzuki rider Ryan Dungey won the first of 34 career 450SX AMA Supercross races at round two in Phoenix. Dungey would go on to win the 2010 SX title, joining Jeremy McGrath as the only rookies to win a premier class SX championship. He would go on to win three more 450SX titles with KTM before retiring at the end of the 2017 season.

The San Diego SX is won by Red Bull KTM's Ryan Dungey and Yamalube/Star Racing Yamaha's Cooper Webb in their respective classes at Petco Park. Each will go on to their series title in 2016.

The freshly-arrived Jean-Michel Bayle was the big winner in the inaugural Goat Breker Winter Series, which took place at Perris Raceway. Bayle, who was planning on racing the first six AMA Supercross rounds before returning to Europe to chase after the 1989 FIM 250cc Motocross World Championship, bettered Jeff Stanton, Johnny O'Mara, Brian Manley, and 16-year-old Damon Bradshaw, who had decided to spend most of January racing in California rather than his normal winter training at the Florida Winter-AMA Series.