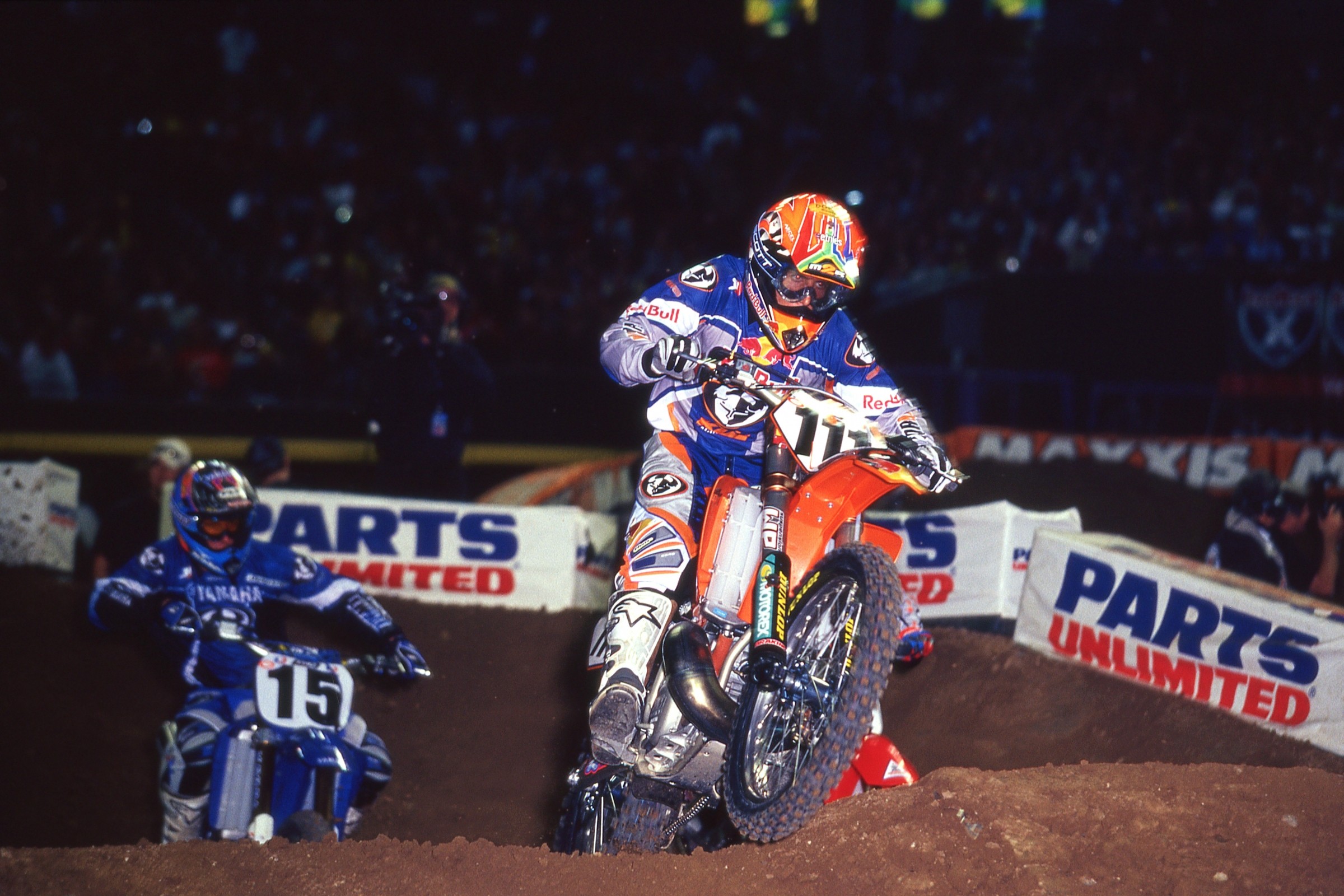 On This Day in Moto January 11

Team Honda's David Bailey crashes during practice for a CMC Golden States race at Lake Huron and suffers a broken back. Bailey, who just three months earlier put on one of the all-time great rides for Team USA on the 500 at the Motocross des Nations in Maggiora, Italy, was preparing for a looming rematch with Honda teammate Rick Johnson to get back his AMA Supercross Championship. RJ had won both SX and MX in the 250 class in '86, but Bailey got the better of Johnson in the 500 Nationals. The news that Bailey had crashed and had no feeling below his waist was devastating to the entire motorcycle industry, but David himself took it like the battler he always was. He told Cycle News, "You can give just 80 percent and pout, but that's not me. I'm giving 100 percent-plus. I know it will take everything I have to get through this, but I'm going to beat it."

Bailey remained hospitalized for weeks at Santa Clara Valley Medical Center in San Jose before undergoing surgery to stabilize his back so he could sit upright. And while David never got to race motocross again, he went on to become an Ironman Triathalon Champion, an exceptional broadcasting voice, a commercial designer, and more. He was also inducted into the AMA Motorcycle Hall of Fame in 1999 for his 30 wins, multiple titles, and multiple wins for Team USA in the Motocross of Nations.

In his first-ever ride aboard a Kawasaki, Mike LaRocco wins the AMA Camel Supercross opener in Orlando over his new teammate Jeff Ward and Honda's Jeff Stanton rounding out the podium. Defending champion Jean-Michel Bayle, who had already signed a road racing contract for 1993 and beyond, finished a lackluster sixth in his first of three title defenses in 1992.

The 125 Class saw a Suzuki sweep as new teammates Brian Swink, who came over from the PEAK/Pro Circuit Honda program, and Ezra Lusk, who was riding in his first pro race, topped DGY Yamaha rider Jimmy Button and the rest of the field at the Citrus Bowl.

Former three-time FIM World Motocross Champion Greg Albertyn of South Africa wins the opening round of the 1997 AMA Supercross Championship, which is a total shocker given how much Albertyn had struggled indoors in his first two years in America. The LA Coliseum race would be his one and only AMA Supercross win, and it came on a night when another Suzuki rider had all eyes on him, as Jeremy McGrath had just switched over from Team Honda and brought his four straight AMA Supercross Championships with him. McGrath ended up tangling with his former teammate Steve Lamson and finished 15th.

Ezra Lusk wins the Phoenix Supercross on a Kawasaki KX250. It was his one and only win aboard a green bike, as well as his last win as a professional. His younger teammate James Stewart won the 125 Class over Travis Preston and Danny Smith, capping his night with a victory dance on the podium.

Grant Langston's 250cc heat race win aboard a KTM marked the first time in AMA Supercross history that a KTM won a premier-class heat race. What a long way they've come since!

Monster Energy Kawasaki’s Ryan Villopoto takes the 35th win of his AMA Supercross career at Chase Field in Phoenix. RV, seeking his fourth straight title, battled with JGR Yamaha’s Justin Brayton for the win, passing him on the 13th lap and then holding him off to the finish. Red Bull KTM’s Ryan Dungey rounded out the podium in third. The 250SX winner was Rockstar Racing KTM-backed Jason Anderson.