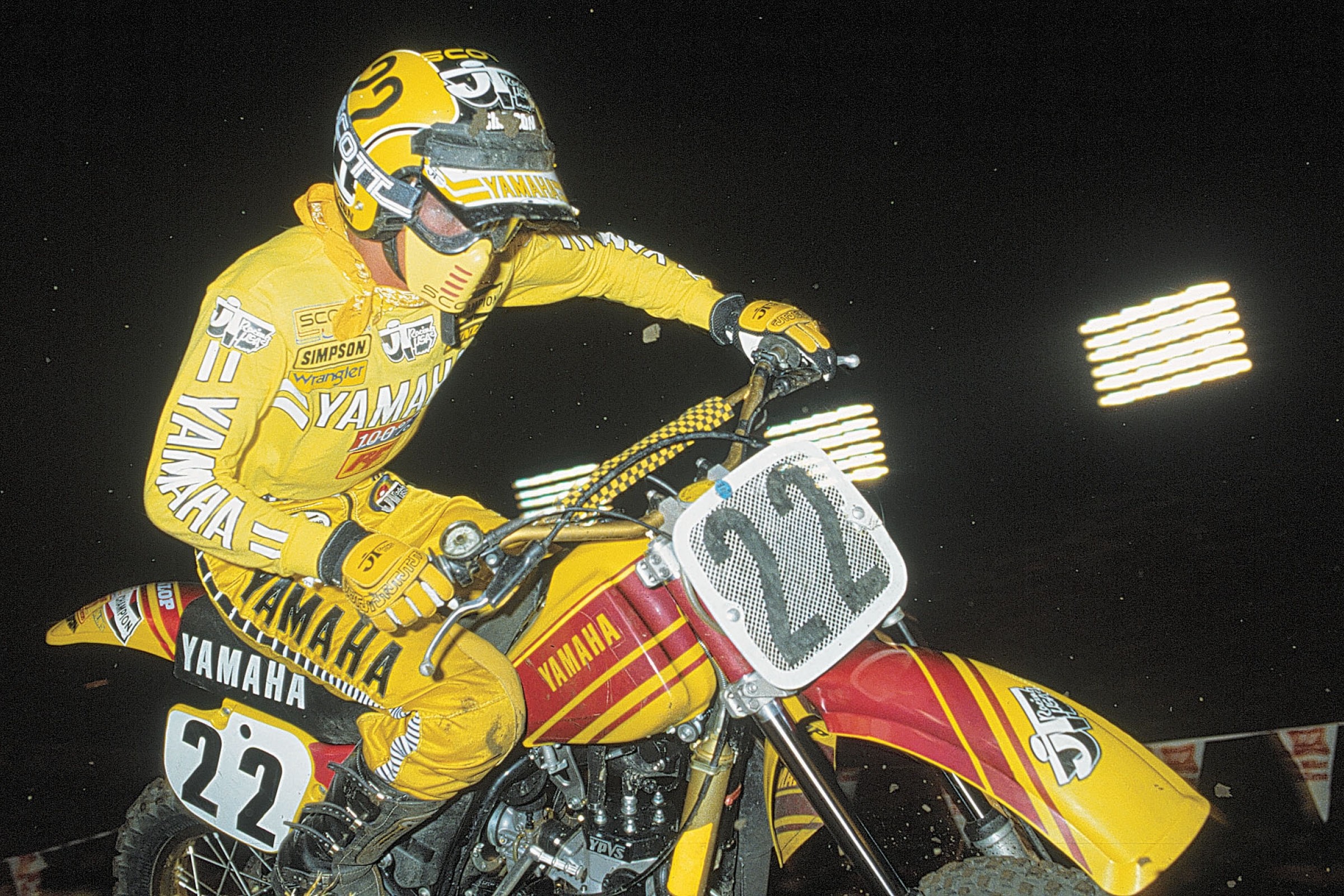 Each Sunday, throughout the 2018 Monster Energy Supercross season, we’ll dig deep into the Racer X photo archives and select one memorable photo to spotlight.

Future multi-time AMA Supercross Champion Rick Johnson’s career didn’t exactly start out with Hall of Fame results. His first race in those pre-125 Class days resulted in a modest 12th place finish at the January 31, 1981 Anaheim Supercross, and then a 17th two weeks later in the old Seattle Kingdome. But by 1982 RJ was starting to emerge as not only a top rider, but a showman as well.

Riding a factory Yamaha with a unique red-tinged graphics package, he started out his sophomore season with a sixth at Anaheim, and ended up as high as fourth (Pontiac).

Nicknamed “Too Hip” in honor of an old KROQ radio personality’s motto, Johnson wore a neck handkerchief, a Vans “Specoli-style” crossbar pad and ever-stylish JT Racing gear. He won his first 250 National that year at High Point Raceway and very nearly won the AMA 250 Motocross title. But it wasn’t until 1986, by which time he had switched to Team Honda and Fox Racing gear, that RJ really hit his stride in supercross, winning his first indoor title in a slugfest with his teammate David Bailey.