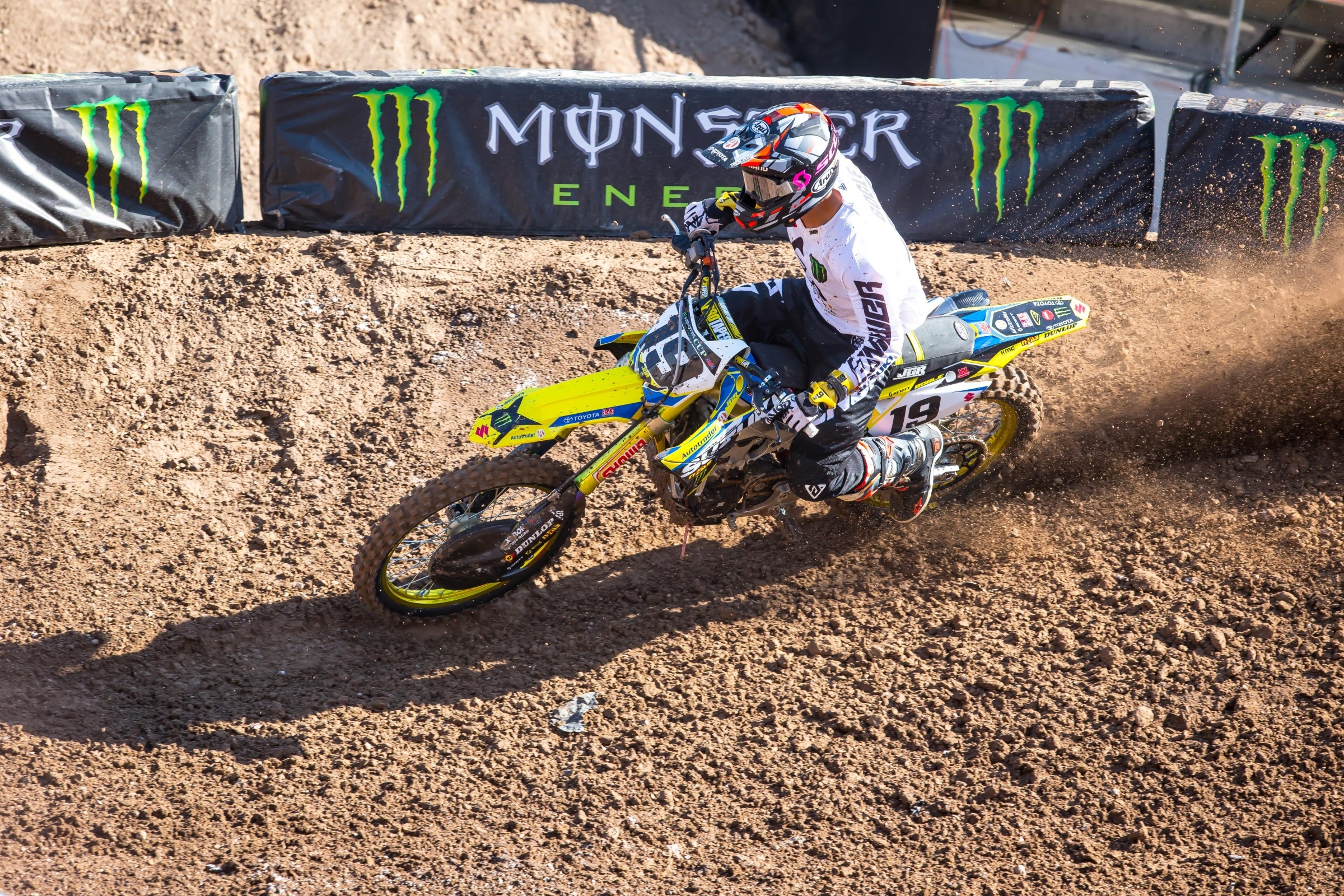 We hope that today you realize how much you have to be thankful for. Such as, right now, you have the technology to read about motocross gossip on your phone instead of actually interacting with your family. When you’re done with that, you can text all the friends you wish you were hanging out with today. How can you not be thankful for this?

There are some racers that have something to be thankful for as well. Some of them are probably settling down for a nice fat-free, gluten-free, GMO-free, taste-free, trainer-prescribed Thanksgiving dinner, all while checking their phones for motocross gossip and texting the friends they wish they were hanging out with.

Yes, much to be thankful for with these guys.

The Ron has completely blown up and will probably be stuffing his turkey with the cash he made down in Australia. Likely the first green item on Ronnie’s plate, ever.

Tickle has Ryan Dungey’s spot on Red Bull KTM and within the Baker’s Factory. ‘Nuff said.

No rider wants to wish ill on anyone, but Davi Millsaps’ injury is Barcia’s opportunity. Bam Bam gets a factory motorcycle and at least six races to show he can get back to his old level. If he can finally make it to Anaheim 1 without injury (which he was unable to do the last two years), he will be really, really thankful.

Anytime we see RV these days, he’s smiling ear-to-ear. We never noticed what great teeth he has, mostly because he was gritting them while racing professionally and frowning as soon as he was finished. When “miserable RV” was winning, everyone theorized he’d become much happier when the pressure was off. Now he’s retired, and it looks like they were right!

JGR and Suzuki dipped their toes in the 250F waters last year, but now they’re into the deep end with a full-fledged four-rider factory team (for Monster Energy Supercross), Autotrader.com/Yoshimura Suzuki, featuring reigning 250SX West Region champion Justin Hill. Hill, with that title, was going to find a ride somewhere. If you’re Kyle Peters or Jimmy Decotis, this JGR effort is a grand opportunity. Phil Nicoletti is on the squad, too, but let’s be honest, Phil ain’t gonna be happy 'bout nothing.

Bogle’s 2017 supercross season was horrible. He finished 18th in points and earned just two top-10 finishes all season. His best result was ninth. With the RCH/Yoshimura Suzuki team unable to find the funding to keep racing in 2018, Bogle couldn’t stay at his old home and had zero leverage to find a new one. So, he completely flipped his life upside down, moving to Florida to train at Ricky Carmichael’s GOAT Farm. He got better quickly, won a 450MX moto, and then a 450MX overall. There weren’t many openings, but JGR decided to bet on Bogle instead of bringing back Barcia. Bogle’s situation was beyond-dire in May. Now, he’s sitting pretty.

Kenny’s an alpha male of the highest order, so he never feigned fear through his many prolific and graphic Instagram posts. Still, even Kenny had to worry that his wrist/arm/elbow injury could be a career-ender. He’s now back on the bike testing and training just like usual. This was not a guarantee.

Dean-o will enjoy Thanksgiving dinner today, fresh off a two-weekend excursion in Sydney and Paris that no doubt paid him beaucoup dollars, while also adding some more confidence to the ledger. He’s armed with a Rockstar Energy Husqvarna ride and a slick new gear deal with Shift. He can knock on that wooden dinner table and breathe a sigh of relief, having stayed healthy now for well over a year. Dean’s long injury run placed him in a much different circumstances a year ago. He was out of a ride and out of options, which forced him to race Anaheim 1 on a privateer Yamaha, with his dad as his mechanic, using his family’s old 230,000-mile Sprinter van to anchor his pit area. Dean can feast today.