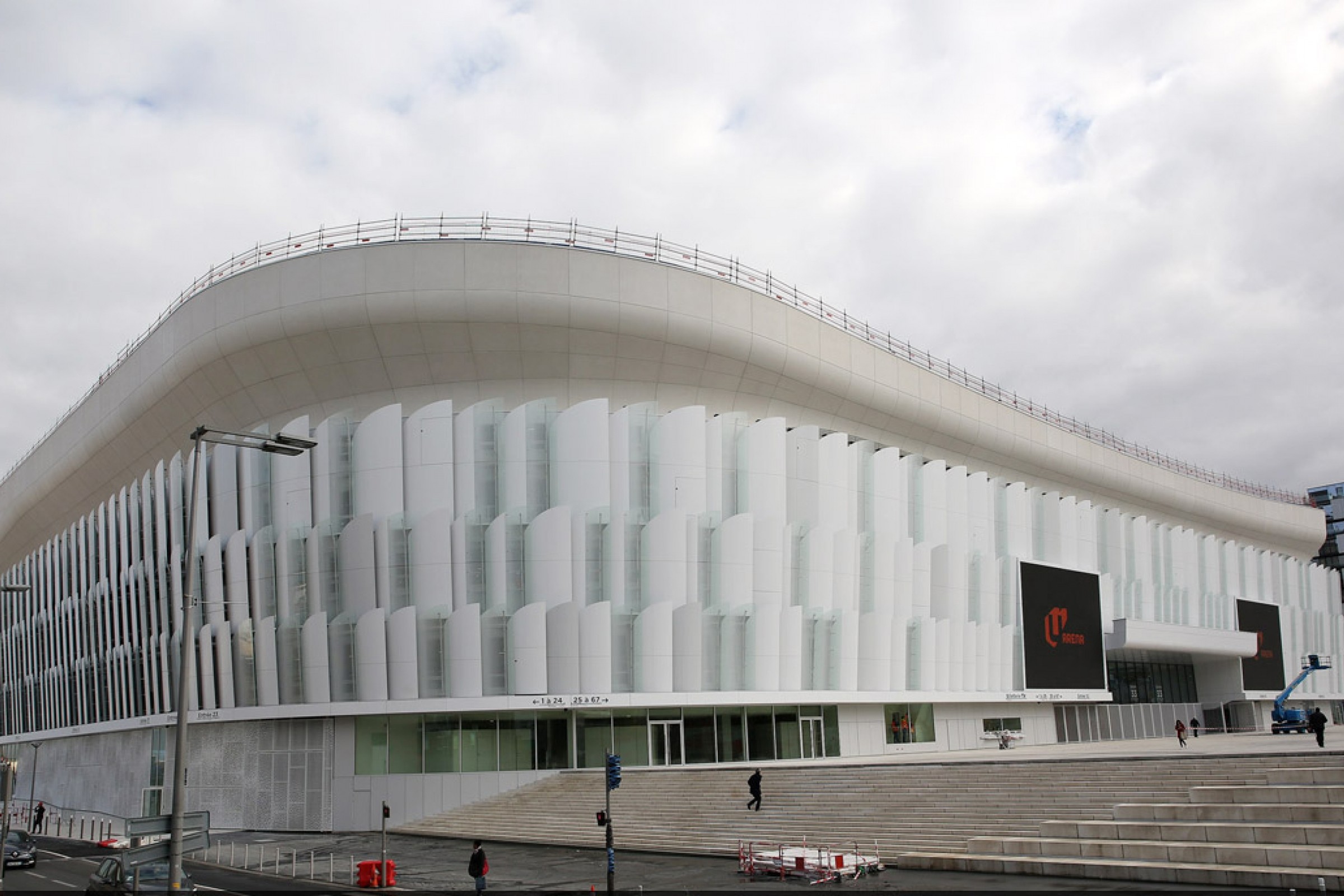 250 Words 5 Things to Watch for the Paris-Bercy SX

With apologies to Monster Energy Cup, Red Bull Straight Rhythm, and the AUS-X Open, there’s no off-season supercross race quite like this weekend’s Paris SX. Of course it was known as the Bercy Supercross for more than 30 years, named for the suburb of Paris it took place in, but renovations at the Palace Omnisports (the stadium) forced the race north to the town of Lille the last three years. Everyone still called it Bercy though, because hey, traditions are hard to break.

For 2017 the race is back in Paris at the brand new U Arena, which is really in the heart of Paris. I’ve been a mechanic at this race (2001) before and have gone as a media guy the last nine years. I’m excited for the change and think it’s going to be an epic weekend of racing. Let’s dive into what is going to be exciting this weekend.

Yeah, you get it, but seriously, moving this race back to Paris is going to be awesome. Lille was great, but it lost a little bit of its “Bercy-ness” with only half of the floor used and the fans seated further from the action. The old stadium in Bercy was unique because it felt like the stands were right on top of the track. Also, look, Lille, France is not not the same as Paris, France on a Saturday night, you know? This promises to be the biggest track the race has ever had and it’ll be great to have the fans pumped and ready to lose their minds over prodigal son Marvin Musquin.

Seriously, it’s stacked. With apologies to Marv, there’s no ginormous superstar here like McGrath, Stewart, or Reed that transcends the sport, but there is a very deep field. Musquin is the odds-on favorite after his wins at MEC and RBSR and having a Frenchman win this race is always a good thing for the promoters and fans. In terms of American-based riders there’s Musquin, Rockstar Energy Husqvarna’s Dean Wilson (coming from Australia!) and Zach Osborne; there’s GEICO Honda teammates Jeremy Martin and RJ Hampshire; and last but not least, Honda HRC’s Cole Seely. Osborne, J-Mart, and Hampshire on 450s is going to be interesting.

I’ll stack the crowd’s reaction to Frenchie David Vuillemin catching and passing Jeremy McGrath in 2001 to sweep every main event right up there with any stadium I’ve been in America. And that’s with Bercy holding only 14,000. Simply put, the French fans are amazing and they’re very excited when one of their own can topple the Americans. So, Musquin is looking to keep up his perfect off-season so far and as I mentioned, he’s favored, but the tightness of the Paris track means anything can happen. Will the hometown fans lose their minds or can someone stop the Marv Attack from happening?

I know calling J-Mart and Wacko Zacho “kids” is a stretch, but what I’m talking about is 250SX guys who are on the 450s for this race. It’s interesting. Even if Marv takes off (with his starts, that’s possible) I’m looking forward to the battles between the 250 guys. Osborne is going 450 full-time in ’19, J-Mart wants to prove he’s a 450 guy for the future, too, and Hampshire will be there soon. So, this should be some great racing between all of them.

5.) The Bear and Bear Claws

Well, well, well, looking at the entry list and I see Tyler Bowers is listed as riding the SX2 class (250) for Monster Energy/Bud Racing Kawasaki. That’s a bit odd, yeah? Hey, whatever, the Bear was just in Holland for a race and cash is king in the off-season so I get it, but with me discovering this, I’m now going to be tuned into the SX2 class (which is usually all French kids) to see what exactly the Bear will do out there to some of these youngins.

And as far as the Bear Claws, well, the French are renowned for their pastries and whenever I head over there I look forward to some of those Crepe places on the sidewalks as well as Bear Claws that are fresh out of the oven. I’ve been riding a dirt bike some and doing the elliptical here at home in preparation for this trip. Bon Appétit!