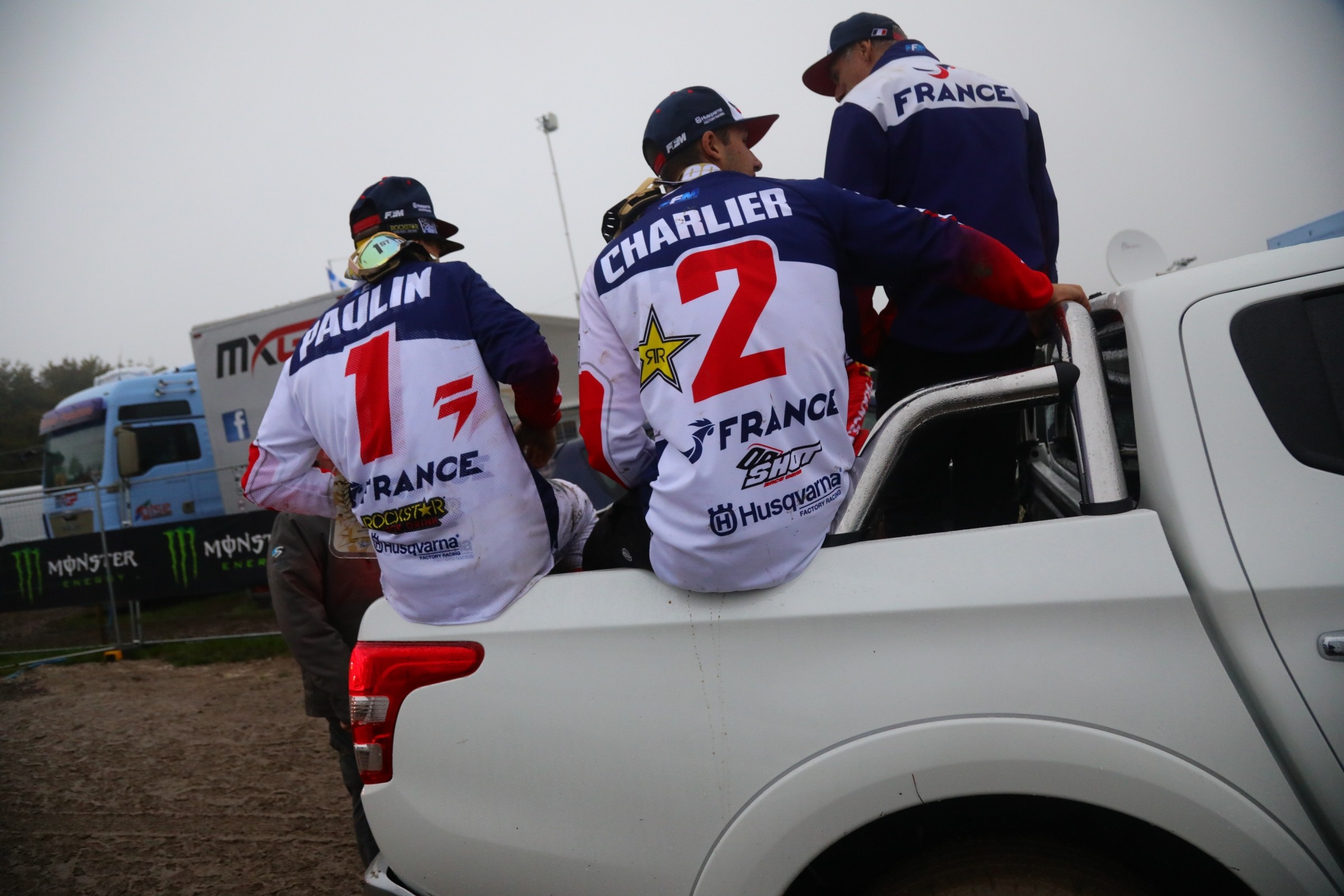 France is snapping records with their fourth victory at the Motocross of Nations. They have now bagged the Chamberlain Trophy in 2014, 2015, 2016, and 2017 after snaring their very first success in 2001. Someone, somewhere has devised a strategy or model to emulate at the French Federation (they have a proactive youth campaign and national series not to mention a competitive domestic supercross series that spawned the talents of Marvin Musquin—one of several examples).

The French triumphed in the mud of England by 11 points, their biggest margin yet after managing gaps of 10-2-1 in the previous three editions of the race but there were also some curious stories behind their latest triumph.

Gautier Paulin is now the most prolific rider at the MXoN. His four wins in a row is a feat unmatched by any other athlete since 1990 and he has managed this streak riding three different motorcycles. Romain Febvre now has his hat trick and made his 2-3 scorecard on what was the first outing riding the new factory 2018 YZ450FM. Christophe Charlier’s 6-14 was stunning considering it was the Corsican’s first motocross race of the year and away from Enduro World Championship duty. The 2017 ISDE winner made a small slice of history by becoming the first rider to own both gold medals in the two team events for 67 years (credit to TV commentator Paul Malin for the statistic). Charlier, a third round pick after injuries to Dylan Ferrandis and Benoit Paturel, was considered the weak link of the defending champions but duly delivered on the FC250.

Here is what the current crew had to say following the race.

“Four wins in a row is just crazy. I was not looking for my individual result but that of the team. When you don't have a good team you can look individually but we are very strong and the French Federation give us the power to succeed. We were acting and thinking together. To see Christophe riding like that on the 250 … he had a tough preparation because he was on the bike a lot with the ISDE. It was a big challenge. Romain also did really well and the synergy this year [between us] was just crazy and I think it was the best we’ve ever had. Every win is different but this one tastes good.

“Every win is a big pleasure and you need to live the Motocross of Nations to know how good it is because motocross is an individual sport and you don't have the same feeling through the Grand Prix season or whatever. Now we can talk about lines and stuff whereas normally we try to keep this [just] for us. Winning four Motocross of Nations means a lot to me and also to share it with the fans and the French Federation because they give us great support to do it and without them it would be much more difficult. In France we have so many good riders, so to be selected for the Motocross of Nations is a bonus of a good season and with many different riders we have been winning, so this means we are strong. Today anything could have happened; we know what motocross is like. It is great to make those results and get on top.”

“I had two solid motos and two good starts; the new bike is just amazing. We had been working for a few weeks but it already felt better. In the first moto I was battling with Jeffrey [Herlings] and when he crashed I had to take off my goggles because I couldn't see so well. With the lapped riders it was really difficult so I took a safe second. In the second moto I felt I couldn't continue again like this so stopped quickly for goggles but anyway we are so happy to have won for the fourth time. People had doubts about Christophe on social media but he won both the ISDE and the Nations and that's quite amazing.”

“It is so crazy. I stopped motocross last year but to have a good race like that was a lot of fun. The team and staff did an excellent job. With the enduro season I progressed in the mud. I think it is good to do a lot of things [disciplines] like enduro and motocross.”